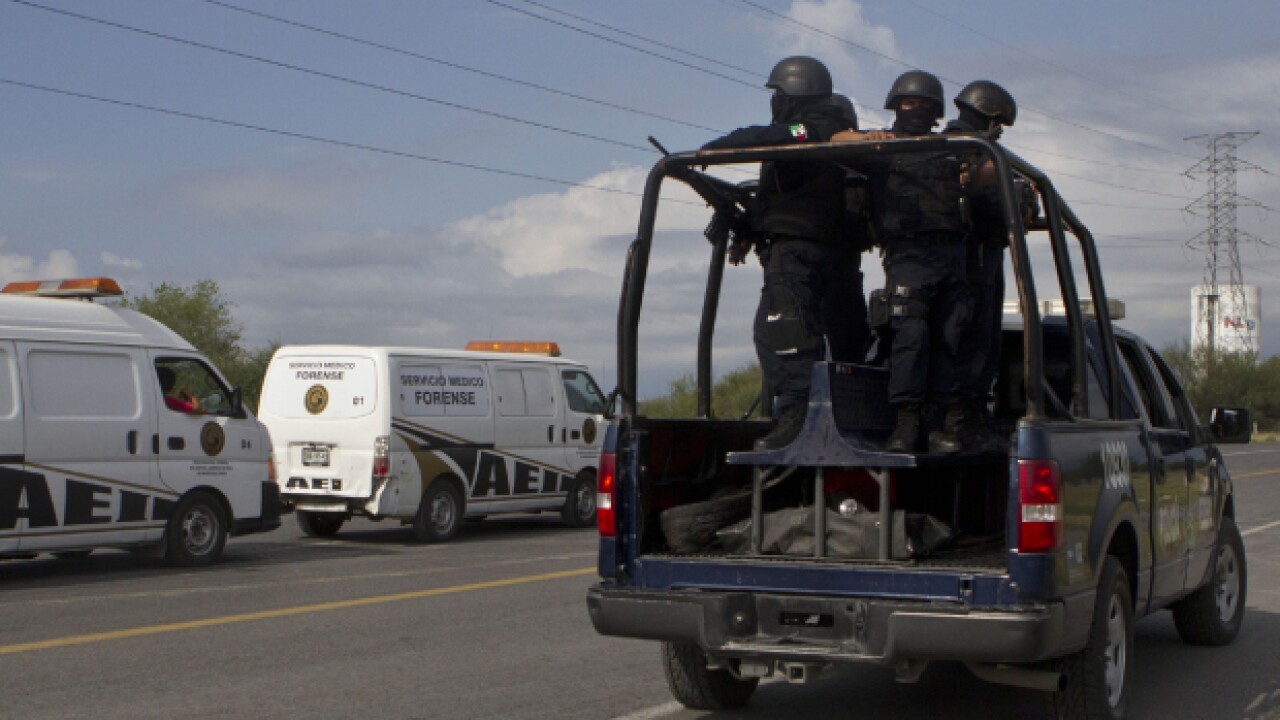 Forty-nine bodies, at least some of them mutilated, were found Sunday dumped on a highway connecting the northern Mexican metropolis of Monterrey to the U.S. border, officials said.

A law enforcement official said the bodies of 43 men and six women were found in the town of San Juan on the non-toll highway to the border city of Reynosa at about 4 a.m., but officials were still investigating.

Authorities closed off the highway, blocking the way for hundreds of motorists, as federal and state police, joined by Mexican troops, sealed off the scene.

The law enforcement official asked that his name not be used because he was not authorized to release the information. The details, however, match reports in Mexican news media.

The discovery echoes several other recent cases in which drug gangs have left bodies scattered in public places as warnings to rivals. Thirty-five bodies were left at a freeway overpass in the city of Veracruz in September. Twenty-six were found in November in Guadalajara. So far this month, 23 bodies were found dumped or hanging in the city of Nuevo Laredo and 18 were found along a highway south of Guadalajara.