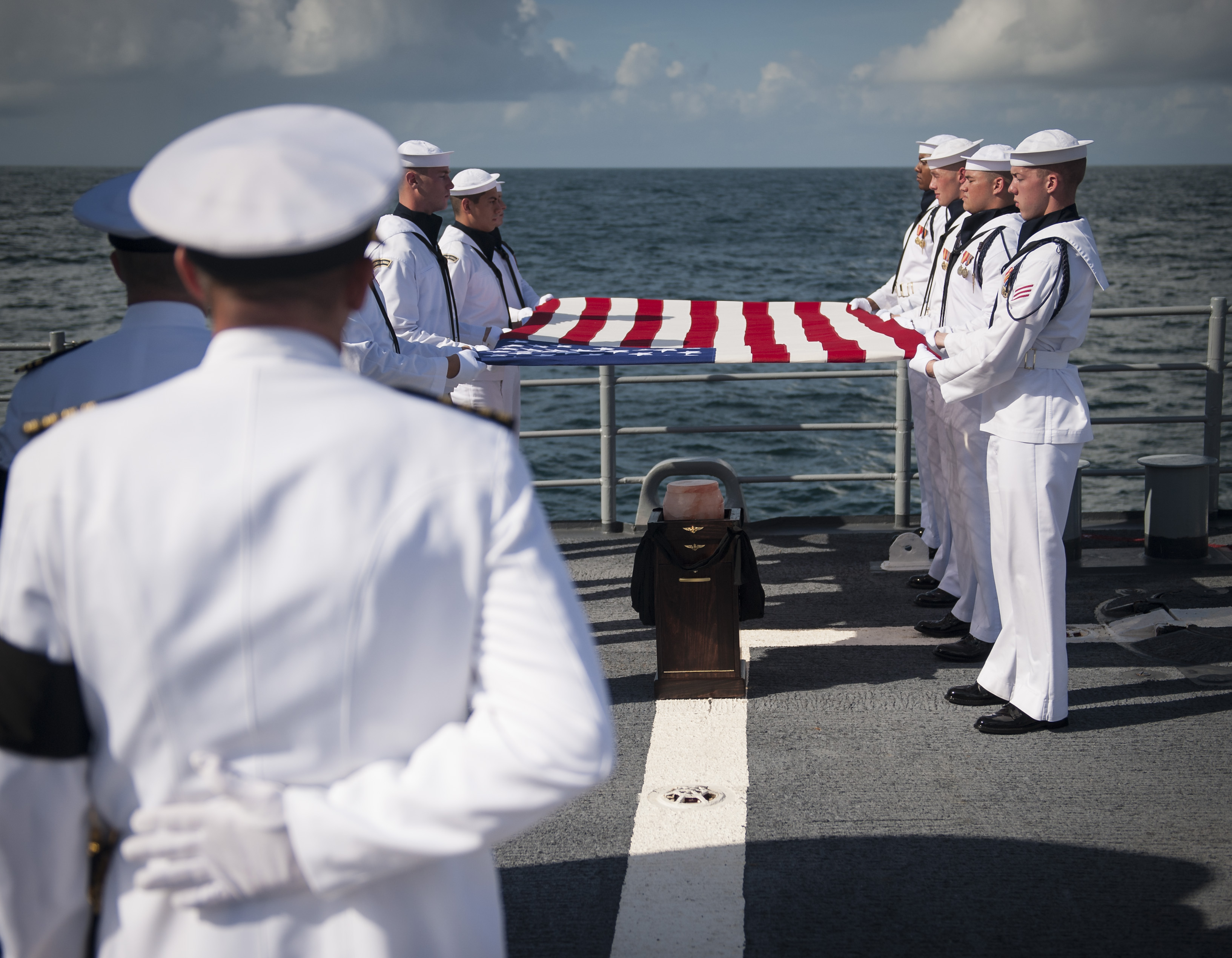 (CNN) – The remains of Neil Armstrong were committed to the Atlantic Ocean on Friday during a ceremony aboard a U.S. Navy cruiser.

Armstrong’s cremated remains were sent into the Atlantic Ocean during a burial-at-sea service aboard the USS Philippine Sea, NASA said. His wife, Carol Armstrong, participated in the ceremony.

Neil Armstrong, who died August 25 at age 82, was an aviator in the Navy before becoming the first person to walk on the moon, having flown 78 combat missions during the Korean War.

He earned his renown commanding the Apollo 11 space mission and landing on the moon on July 20, 1969, when he was 38.

Friday’s ceremony came a day after hundreds of people attended a memorial service for him at Washington National Cathedral.