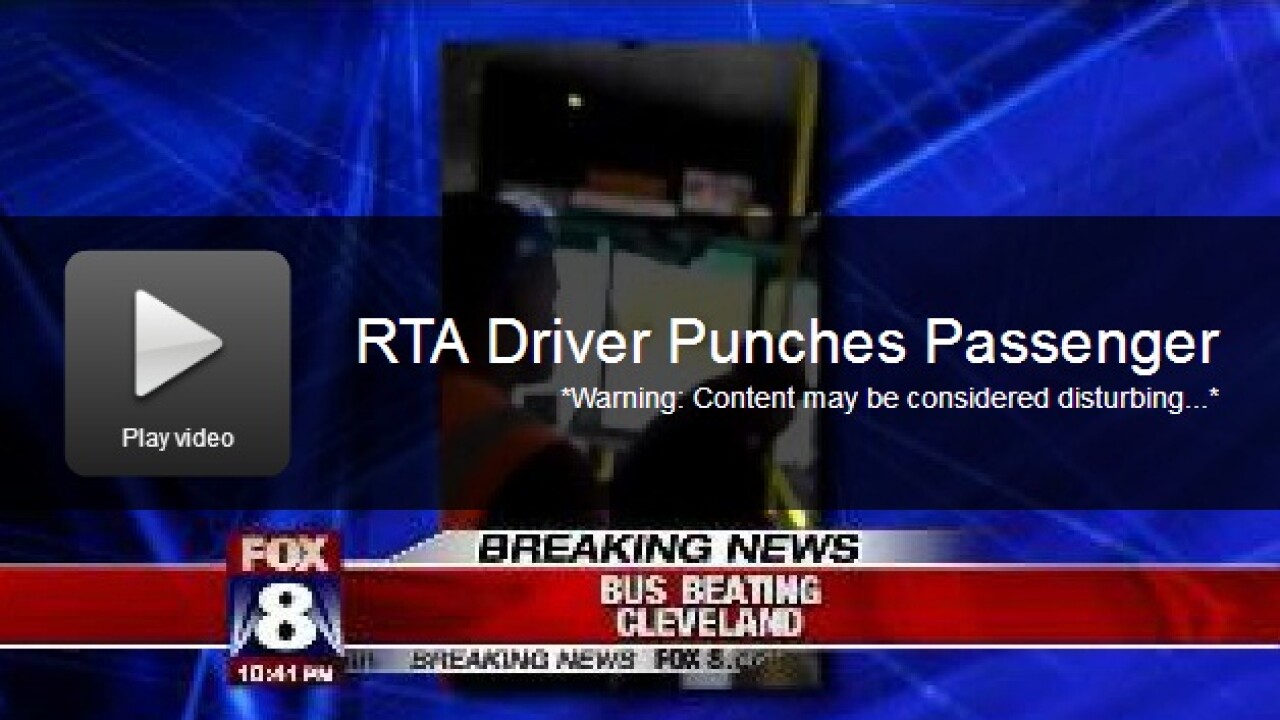 **WARNING: The raw video on YouTube includes profanity, racism and violence.Click here to be redirected to the video.

CLEVELAND — The Greater Cleveland Regional Transit Authority is investigating after a fight between a passenger and a bus driver was caught on video and published to YouTube. That’s according to FOX8.com in Cleveland.

Another passenger recorded the moments leading up to the time when an RTA bus driver can be seen punching a woman.

The tape shows a verbal dispute which leads to the passenger approaching the driver.

The video does not show exactly what she did to him, but moments later, it does show the driver get up and punch the woman in the face, knocking her to the ground.

Sources told Fox 8 News the incident happened a few days ago, but we don’t know exactly what bus route.