Wallops Island, Va. - Officials are expected to launch the largest rocket ever at Wallops Island no earlier than this Saturday, April 20, at 5 p.m.

This afternoon, Orbital Science, the company working with NASA on the launch, says weather had no role in Wednesday's cancellation. In fact, flight controllers saw a cord connecting the rocket to the vehicle that takes it to the launch pad became disconnected before it was supposed to be.

A combination of hydraulic movement and very little slack in the cord led to the launch's cancellation.

NewsChannel 3 spoke to Orbital Sciences just minutes after the Antares Rocket launch was called off Wednesday.

"Clearly sort of disappointing we couldn't. You know, we got this close. Everything was looking good on the rocket. A little disappointing sure. But there's no quitting us," said Barry Beneski, Orbital Sciences Vice President of Corporate Communications.

The Antares rocket is undergoing test that will enable it to carry experiments and supplies to the International Space Station aboard a cargo spacecraft in the near future. 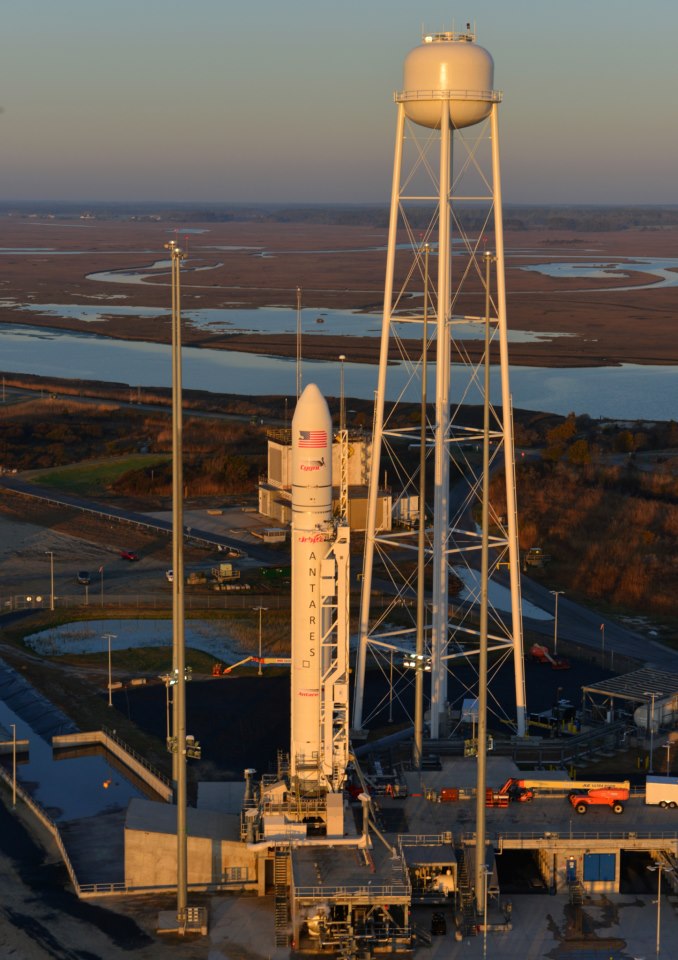