Man charged with murder of 4-year-old in Newport News 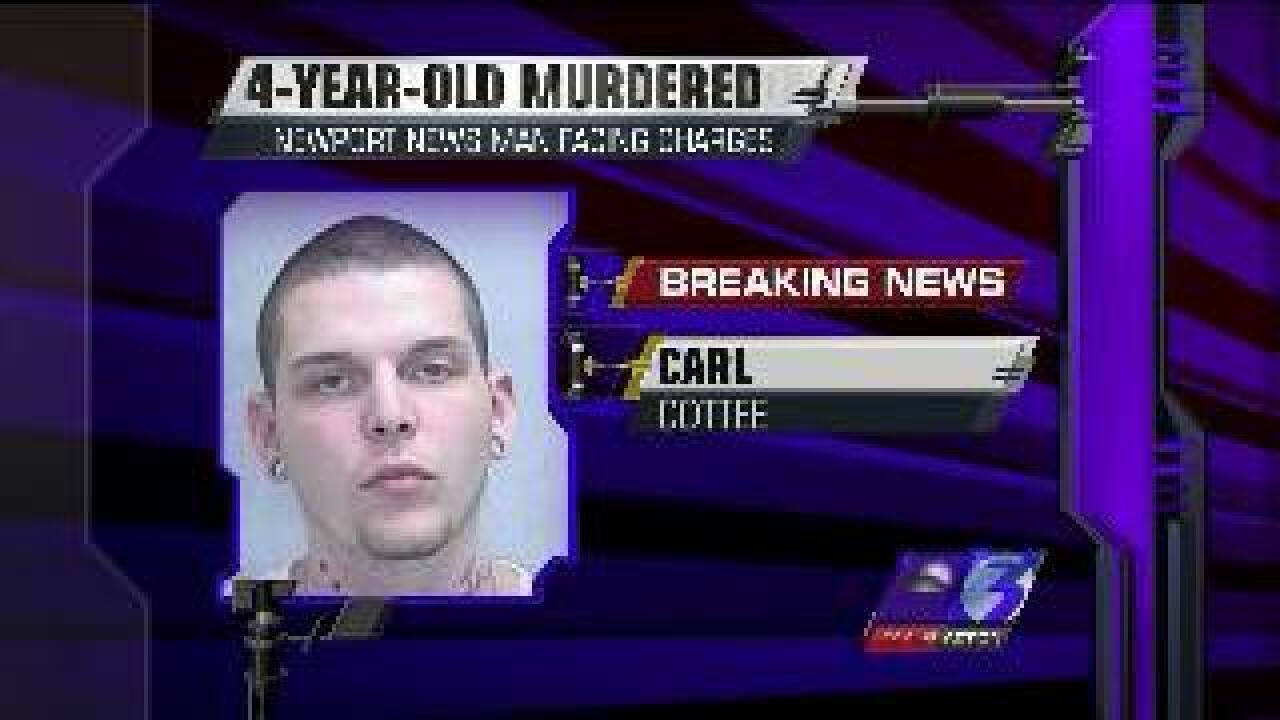 Newport News, Va. - 23-year-old Carl Michael Cottee, Jr. has been charged with murder, child neglect and cruelty and injuries to a child after his girlfriend's 4-year-old child was found not breathing on Thursday.

Police were called to the 800 block of Sundown Lane on Thursday.

They found a 4-year-old girl not breathing. She was transported to the hospital and pronounced dead.

Officials say the cause of death was blunt head trauma.

She was in the care of her mother’s boyfriend at the time. Her mother was not home.

Stay with us for more updates.