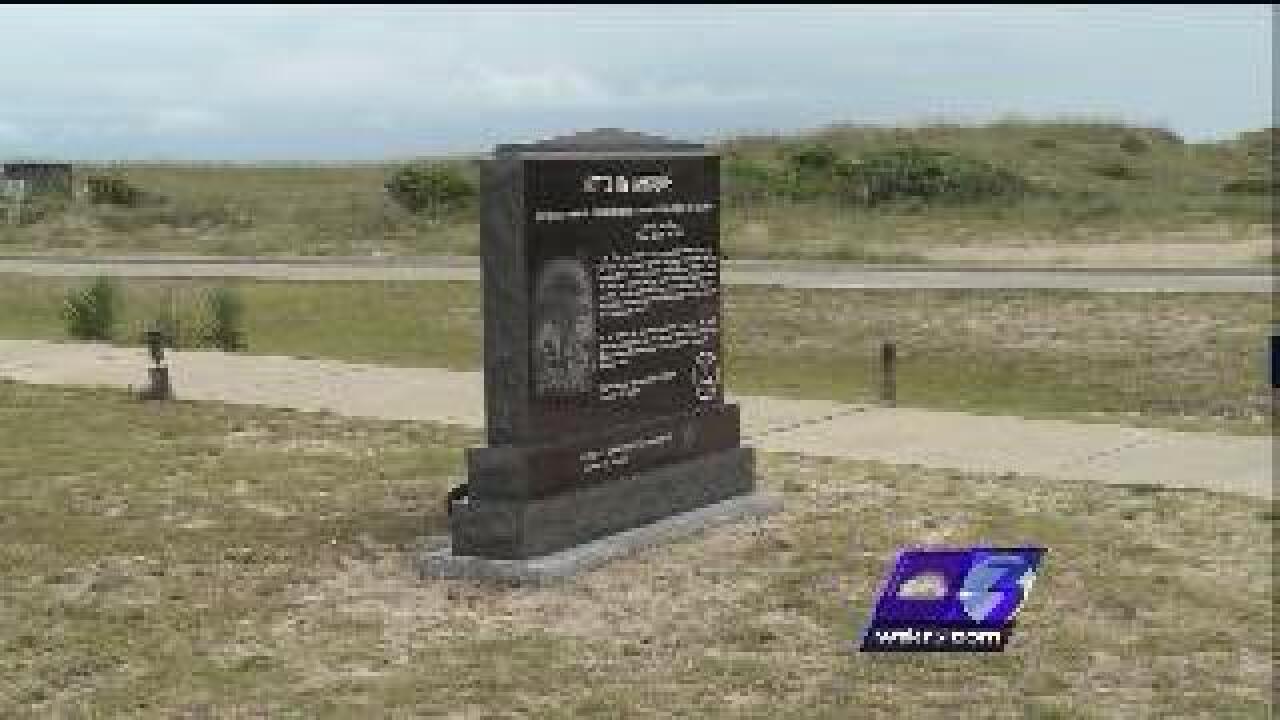 Hatteras, N.C. (WTKR) - A site on Hatteras Island is now officially part of the National Underground Railroad Network to Freedom.

A monument dedication and commemoration was held for the Hotel D'Afrique Wednesday at the Graveyard of the Atlantic Museum in Hatteras.

The Hotel D'Afrique operated on Hatteras from 1861 to 1865 during the Civil War. It was a safe haven for hundreds of runaway slaves after Union forces defeated Confederate forces at Hatteras Inlet.

"You had a large group of enslaved that went from South Carolina working their way North. Kind of a freedom path," explained Cape Hatteras National Seashore Historian Doug Stover.

The former slaves would receive housing and food in exchange for their help in unloading supply ships.

The original site of the Hotel D'Afrique has disappeared due to eroison and flooding. The monument at the Graveyard of the Atlantic Museum was erected to tell the story in April 2012.