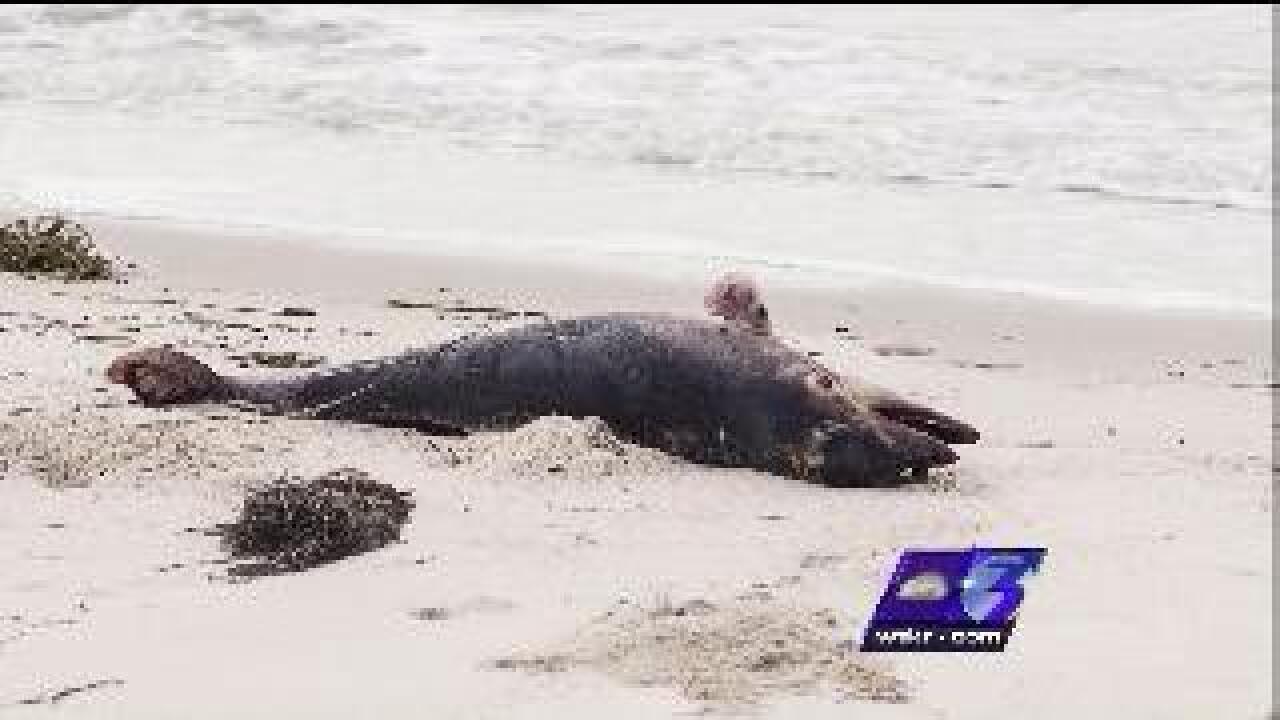 For weeks, Susan Barco and her team at the Virginia Aquarium have been trying to stay on top of the 6-7 dead dolphins washing up every day. Still, even they have a breaking point--and it came this weekend.

“It went crazy, we had 11 calls on Saturday, 14 on Sunday, and two of them were live animals,” said Barco. “We are having to put animals in freezers, and we are already having people come from outside to help with necropsies, because just picking up the animals is challenging us right now.”

25 were reported this weekend and three more on Monday which brings the total number of dead dolphins in Virginia to 164 for the year.

That’s 100 more than researchers see in a normal year.

“25 dolphins in one weekend is something we cannot handle, and if it continues at this rate, we are going to have to ask for more outside help,” said Barco.

The affected dolphins are no longer just males and calves, females are also starting to die from the mystery illness.

The freezers at the stranding center are now full with dead dolphins being stacked out in the open waiting for their necropsies.

Experts from the Smithsonian and NOAA are traveling to Virginia Beach to help, but it’s still not enough.

“That’s just for necropsies, that’s not getting animals off the beach, so we need more people to do that,” said Barco.

But it’s hard to bring in more trained people without money.

The aquarium's stranding team funding has been drained after responding to so many deaths.

“We are applying for an emergency grant, but there is not a lot of extra money, and in fact this grant that supports the stranding network is scheduled to be cut because of sequestration, so we are really worried about the future, and worried about the rest of this year,” said Barco.

Twelve fresh animals have come into the lab so far, one this weekend that was still alive, and had to be euthanized.

Crews worked on it for almost 8 hours Monday, trying to get as many samples as possible, so they can finally figure out what is killing all these dolphins.

“A live animal right now is probably going to be the one that helps us solve this problem,” said Barco.

13 more dead dolphins wash up in Virginia; Total now at 100 for the year

Another dolphin washes up on Ocean View beach