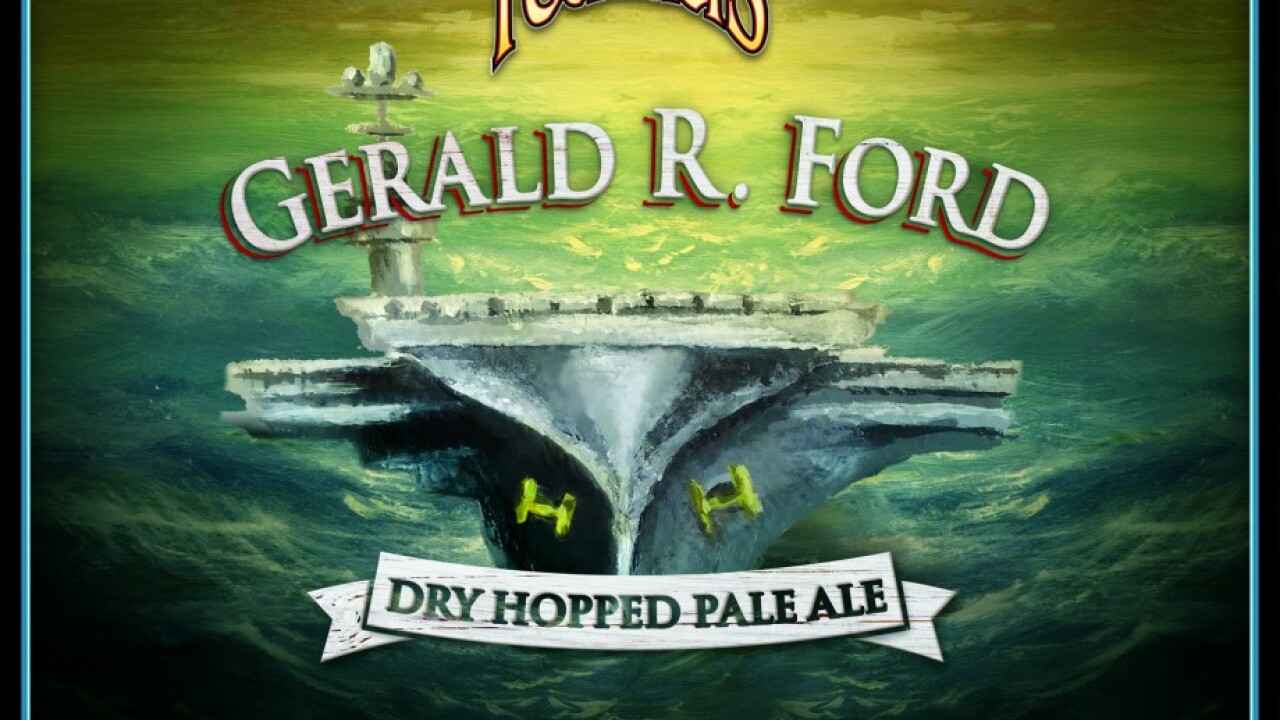 Founders Brewing Co. of Grand Rapids, Michigan has created a special label for their Pale Ale in honor of the christening of the Gerald R. Ford aircraft carrier.

Gerald R. Ford, the 38th President of the United States, grew up in Grand Rapids.

The ship will be christened on November 9th at Newport News Shipbuilding, where the ship is being constructed.

The company says that the special label Pale Ale will be on draft, along with commemorative postcards, at the following locations in the Newport News area during the week of November 3rd:

“When we got the call from the folks at Newport News Shipbuilding, asking us to make a special label for this event, it was one of those things that gives you goosebumps,” said Founders Co-Founder Dave Engbers. “Gerald R. Ford is a hugely important figure in the Grand Rapids community. We make beer. We aren’t in the business of running a nation—nothing near it. But we’ve done what we can to build our company on values exemplified by Ford, particularly integrity and authenticity. It’s such an honor to be involved in this christening.”