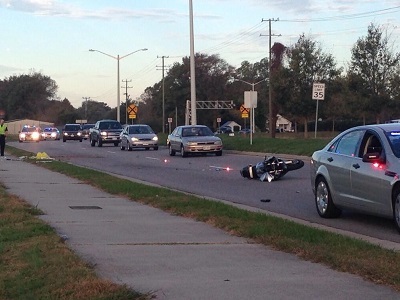 UPDATE: All lanes are now open.

Police say a male motorcyclist was traveling southbound on Oceana Boulevard near the “S” curve (near the NAS Oceana runway), when he veered to the right, striking the curve, and lost control.

The motorcycle skidded and came to rest in the street. The motorcyclist was ejected and struck a street sign.

The victim was transported to a local hospital with serious, non-life threatening injuries, police say.

Avoid delays with our traffic cams and interactive traffic map.