Local airmen deploy to aid in fight against Ebola

Update: Locally based soldiers are joining the fight to stop the spread of Ebola.

Soldiers from Fort Eustis are part of a larger Army deployment that the Pentagon announced Friday.

In a news release, the Army said that about 100 soldiers would come from Fort Benning, Fort Stewart and Fort Eustis.

An Army official tells NewsChannel 3's Todd Corillo that those soldiers will play a logistical role in Western Africa.

The additional troops are part of a "whole-government" response to the Ebola outbreak, according to Pentagon Press Secretary, Rear Admiral John Kirby.

During a briefing Tuesday, U.S. Africa Command Commander General David Rodriguez promised the troops are receiving proper training leading up to their deployments.

"Let me assure you that providing pre-deployment training, adhering to strict medical protocols while deployed, and carrying out carefully planned reintegration measures based on risk and exposure, I am confident that we can ensure our service members safety and the safety of their families and the American people," he said.

According to the Army, the additional troops will bring the level of presence in Western Africa to 3,200 soldiers, but they are not expected to start deploying until mid-to late October.

That operation is an international effort to bring relief to west-African nations stricken with the Ebola virus.

The team is part of the U.S. effort to work with the World Health Organization and other groups to assist governments in Guinea, Liberia and Sierra Leone who are trying to respond and contain the rapid outbreak of Ebola.

"It’s a tragic situation, so to help the people of western Africa is part of our mission," explained Rear Admiral Scott Giberson, Acting Deputy Surgeon General of the U.S. Public Health Service.

The mission of the airmen is to deliver an Expeditionary Medical Support System (EMEDS), which is a mobile treatment facility.

They will also train healthcare workers who will use the tent hospital.

"Our airmen medics that are going – we are going to set up the tents and to explain how all the equipment works and then are leaving, so our medics will not be doing patient care," explained Brigadier General Sean Lee Murphy.

Even so, the airmen will still undertake the same precautionary measures to combat against becoming infected with Ebola.

"With such an incredibly infectious pathogen, to have a mishap or error could be a fatal mistake, literally," RADM Giberson said.

Once established the EMEDS facility will be able to treat up to 6,500 people.

It will be primarily used to treat any aid workers who may fall victim to Ebola and will be staffed by international health workers.

For many of the men and women with the 633rd, this deployment is unlike any other they've experienced.

"I’ve been on regular deployments but this one will be my first humanitarian mission and I’m very excited and glad I have this opportunity to go," explained TSgt Misty Smith.

"I’ve never been to a country like Liberia, especially when it’s in kind of a human health crisis," said A1C Mark Underhill.

"We are doing something and being part of something that is bigger than ourselves. It’s being able to give back to less fortunate and I’m excited that I get to see that and be a part of that," commented SMSgt Tanya Johnson. 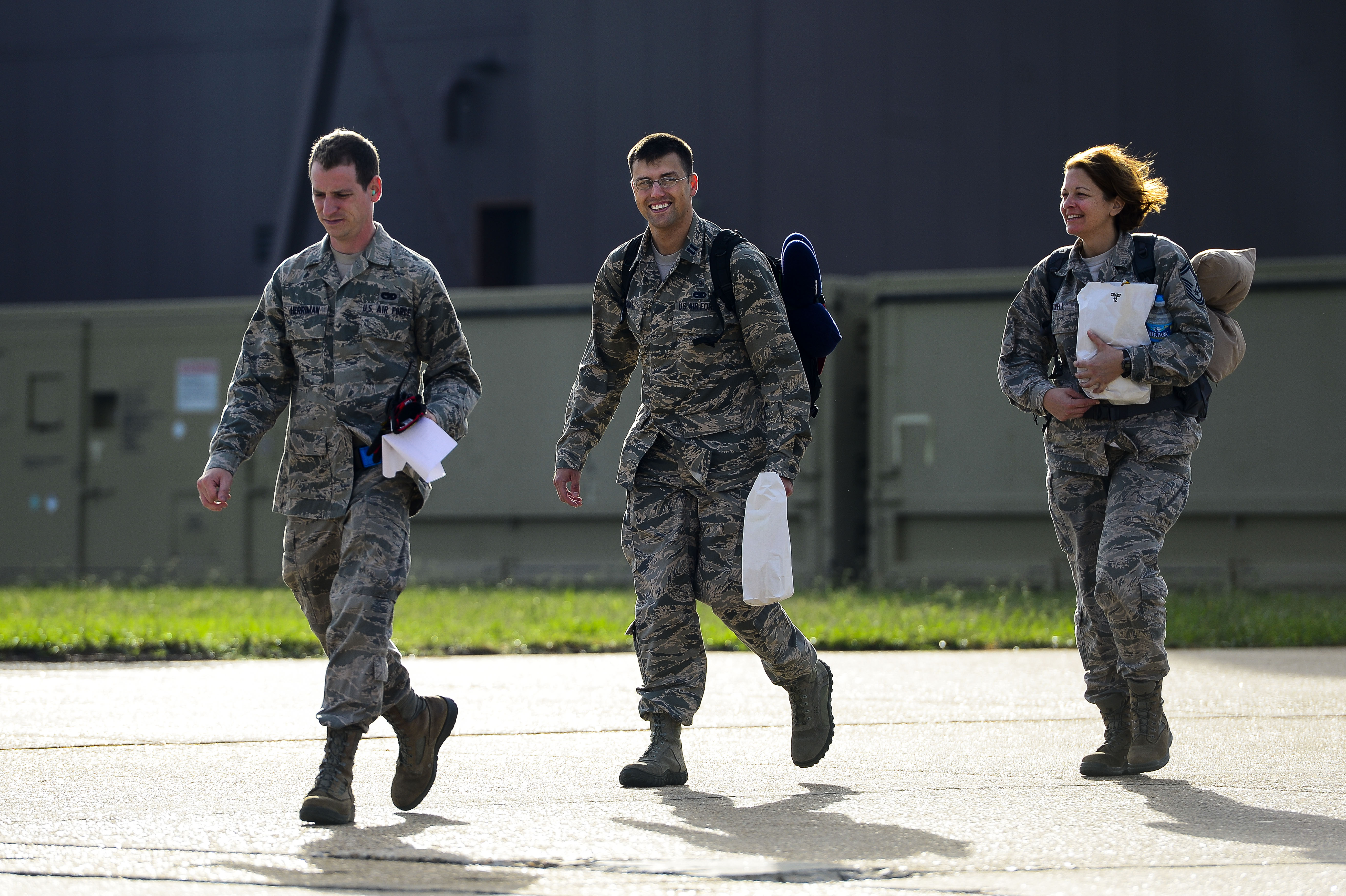