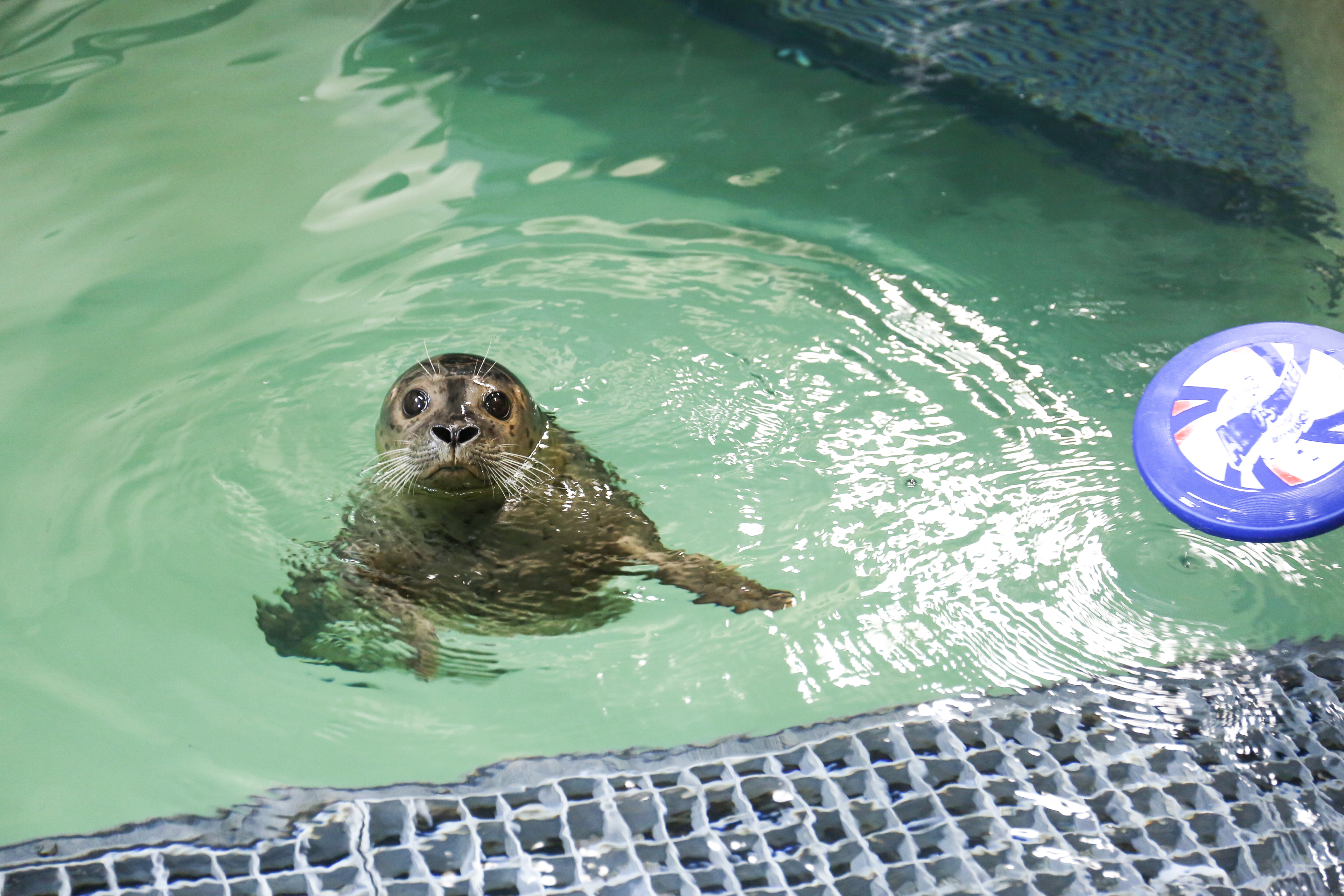 You can vote on the Virginia Aquarium’s website at http://www.virginiaaquarium.com/seal-naming-contest for one of the staff suggested names: Bob, Briggs (short for Brigantine, New Jersey–the city where he was rehabilitated), Dudley, or Rudder, or create your own.

“The Aquarium will host a “Welcome Home Party” for the new seal, as soon as he is comfortable with his “brothers,” our resident harbor seals Peter, Piper, Hector, and Norton,” an aquarium representative said.

The seal was transported to the aquarium on September 9 from New Jersey.

The seal was found in Deal, New Jersey on Valentine’s Day with wounds on its back.

A spokesperson for the aquarium says that the injuries could have been from a shark bite or boat strike. It caused partial paralysis in the seal’s back flippers.