The USS Eisenhower CSG deployed as part of the Great Green Fleet initiative. The goal of the initiative is to deploy energy efficient systems and alternative energy in a year long operational setting.

The ships and aircraft will employ operational procedures and energy conservation measures, which will help strike group units to go farther, stay longer and deliver more firepower without having to refuel. 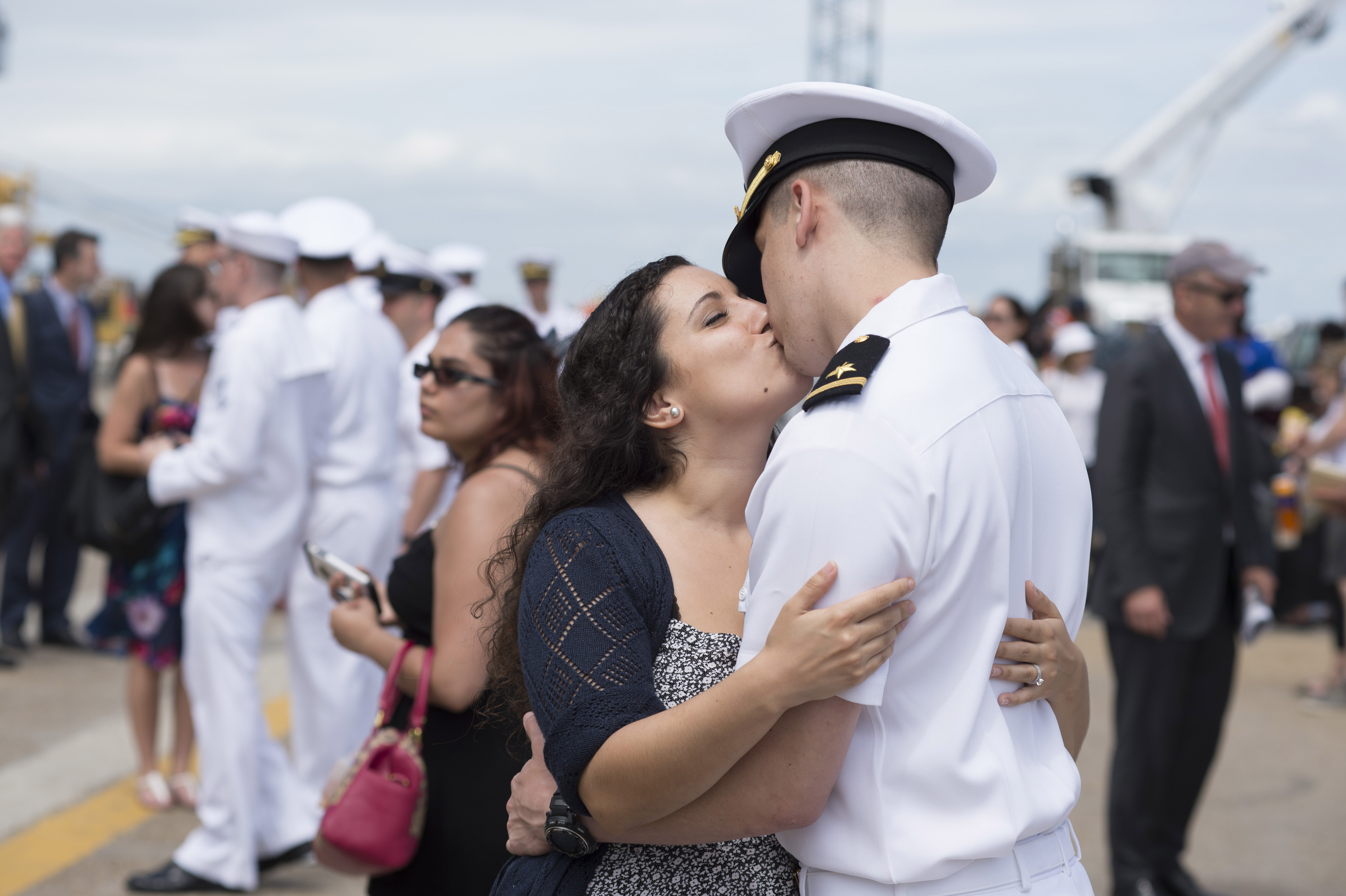 The #USSNitze just hoisted the flag & blew the horn. They are leaving. https://t.co/jHZUfDhv8W @WTKR3 @USNavy pic.twitter.com/FmnFRFHPmO

The USS Roosevelt departed from Naval Station Mayport in Florida.

The USS Stout departed on May 14 from Naval Station Norfolk.