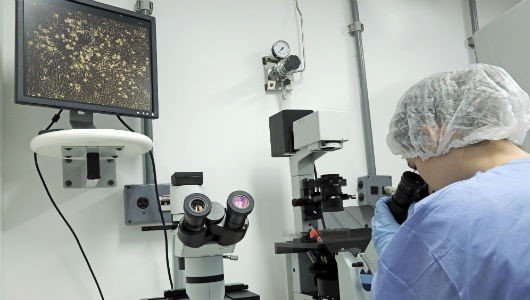 Any infant exposed to the Zika virus in utero should have their hearing tested after birth, no matter how normal they may appear, the Centers for Disease Control and Prevention announced today.

The recommendation follows a study of 69 Brazilian infants up to 10 months old who were born with both microcephaly and laboratory-confirmed evidence of Zika infection.

The study showed that 16 failed the first screening test in at least one ear; follow-up tests of these same babies showed that eight continued to experience hearing loss. By the end of the study, four of the babies had permanent sensorineural hearing loss, which cannot be medically or surgically corrected.

Sensorineural hearing loss occurs after damage to the inner ear, called the cochlea, or the nerve pathways from the inner ear to the brain. It’s the most common type of permanent hearing loss and reduces the ability to hear faint sounds. Even when loud, sound is often muffled or unclear.

Hearing loss is a well-established side effect of several other congenital infections, such as herpes simplex, syphilis, rubella, toxoplasmosis and cytomegalovirus. Because babies with those infections can appear to have normal hearing at first but show evidence of progressive hearing loss in later checkups, the CDC recommends that babies exposed to Zika have also have regular follow-ups to rule out future hearing decline.

Brain scans of babies born with microcephaly show scientists where the damage is occurring. Calcifications are common in the parts of the brain associated with visual and auditory processing, along with lesions that cause both hearing and vision loss. The obvious damage has lead some researchers to recommend vision exams for all babies exposed to the virus as well as hearing tests.