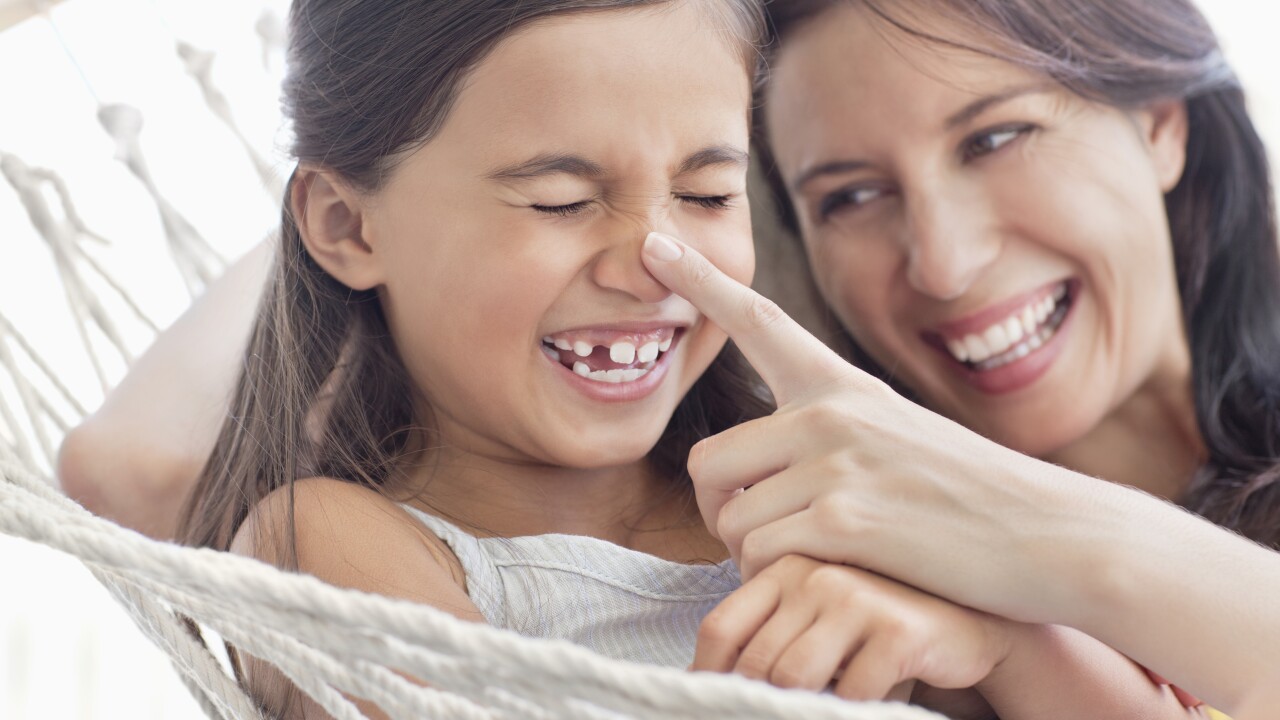 Mother and daughter having fun in hammock

Though you undoubtedly inherited your distinctive nose from your parents, its shape was sculpted over time by adaptations to your ancestors’ local climate, suggests a study published in the journal PLOS Genetics on Thursday.

There’s a great variety in nose variation from person to person, yet if you look at different ethnic populations, you will see differences across groups. For example, the distance between the wings of the nose, also known as “nasal alare,” are larger in people of West African, South Asian and East Asian ancestry than in people of European ancestry.

So it’s easy to understand why many people, past and present, “have this sense that human populations are very distinct and have been separated for a long time,” said Mark D. Shriver, lead author of the study and a professor of anthropology at Penn State University. Still, he noted, “human populations have always split and come back together, split and come back together, so there’s no separate origin.”

So what accounts for the differences in nose shape across population groups?

To answer this question, Shriver and his colleagues selected 2,637 individuals from a database of about 10,000.

“So we have multiple cameras that image a person’s face, either simultaneously or in a carefully constructed series, and from those multiple angles, you can derive the shape of a face as a point cloud,” Shriver said. The resulting 3-D image allows you to “take careful measurements usually calibrated down to a tenth of a millimeter,” he said.

Through complex analysis of the data, the researchers learned that the width of the nostrils and the base of the nose measurements differed across populations more than could be accounted for by genetic drift.

Genetic drift refers to the fact that some people leave behind more descendants (and therefore more genes) than others just by chance and not necessarily because they are healthier or better survivors.

If not genetic drift, then natural selection must have played a hand in the evolution of nose shape in humans. Natural selection refers to the fact that people better adapted to their environment are the ones who survive and reproduce, leaving behind their genes.

Exploring how local climate might have contributed to differences in nose shape, the researchers looked at the distribution of nasal traits in relation to local temperatures and humidity and found that the width of the nostrils strongly correlated with temperature and absolute humidity.

Your nose and nasal cavity function as your personal air conditioner, warming and moistening air before it reaches your lower respiratory tract. In the late 1800s, British anatomist and anthropologist Arthur Thomson observed that long and thin noses occurred in dry, cold areas, while short and wide noses occurred in hot, humid areas.

“Some of the nose variation is really the climate; some of it’s not,” Shriver said, noting that sexual selection played a role, as well, with people choosing mates based on notions of beauty, such as finding a smaller nose more attractive.

“The fact that we find such big male-female differences in all of the nose traits is also consistent with sexual selection having a hand,” he said. Still ecological selection and sexual selection often reinforce each other, and the study provides evidence that both types of selection have helped shape the nose.

The finding might have some practical application, providing important clues in criminal investigations, Shriver said.

“We didn’t get into it in this paper, but (the research) is highlighting some of the variety of data we have,” he said. He and his colleagues have been creating 3-D photos and collecting measurements and other data on thousands of people for over 12 years.

“The practical application is something we call ‘forensic molecular photo fitting’: making a phenotypic prediction of a person from evidentiary DNA,” Shriver said.

In other words, if a crime victim’s identity isn’t known, Shriver can deduce what the person might look like based on DNA from their skeletal remains. The appearance of a perpetrator might be based on DNA from some material left behind at the crime scene.

“More than half of my research effort, the end product, will be molecular photo fitting,” said Shriver, who offered one example of why there is interest in this application.

“A lot of serial rapists, for example, are not in the national database, CODIS,” he said of the Combined DNA Index System, a forensic and technological tool for linking violent crimes maintained by the FBI. “We can link the rapes together, but (the perpetrators are) not in the database, so you don’t have the resources to find them.

“If you can make a phenotypic prediction, maybe that face or even that genetic ancestry can be quite helpful in directing the investigation,” Shriver said. “A lot of good detectives and police officers really understand the range of variation within different populations.”

Despite grants from the US Department of Defense and other funding sources, some scientists remain skeptical.

“Although interesting, I think that the study oversimplifies the possible adaptation that has occurred by simply evaluating the external shape,” said Dr. Stella Lee, an assistant professor at University of Pittsburgh School of Medicine, who was not involved in the research. “The main limitation of this study is that only the external shape of the nose was analyzed rather than actual nasal airflow, humidity and internal nasal measurements.”

“The inside of the nose is lined by a multitude of cilia (which look like a shag carpet under the microscope) that are constantly providing clearance of mucus, pathogens and inhaled particulates to the back of the nose by beating in a rhythmic motion,” Lee said. “It is amazing that our noses can differentiate between potentially harmful pathogens and innocuous agents.”

Still, Lee noted that the authors themselves acknowledged the possibility of oversimplification.

Seth M. Weinberg, an associate professor at the University of Pittsburgh, said anthropologists have long been interested in the nose as one example of human adaptation.

“This study advances our understanding of the complex picture of human facial diversity,” said Weinberg, who had no role in this project, though he has collaborated with several of the authors.

The research attempts to connect the “shape of the external human nose to geographically relevant ecological factors” operating throughout our evolutionary past up to the modern day, he said.

“Researchers have only recently begun to uncover the genetic basis of traits like nasal shape in humans,” Weinberg said. “Studies like this can help us to frame those genetic findings within a broader context.”