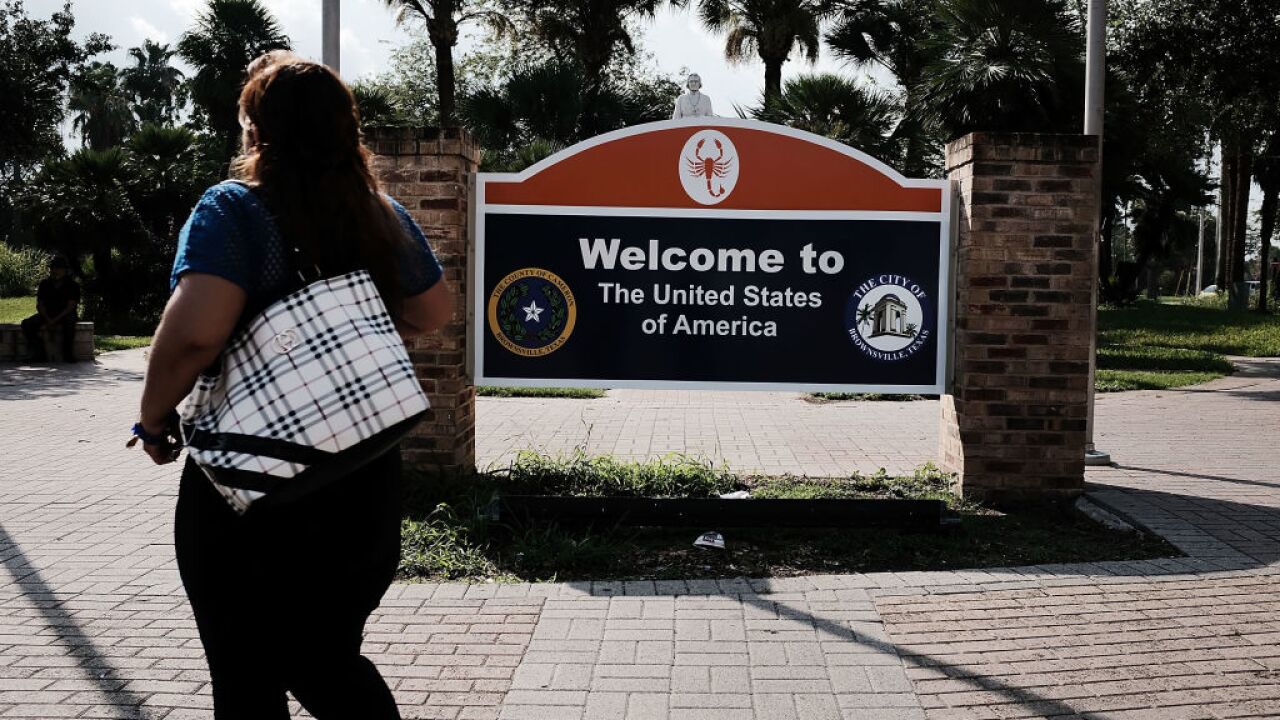 BROWNSVILLE, TX – JUNE 23: A sign welcomes people to the United States in the Texan city of Brownsville which has become dependent on the daily crossing into and out of Mexico on June 23, 2018 in Brownsville, Texas. Immigration has once again been put in the spotlight as Democrats and Republicans spar over the detention of children and families seeking asylum at the border. Before President Donald Trump signed an executive order Wednesday that halts the practice of separating families who were seeking asylum, over 2,300 immigrant children had been separated from their parents in the zero-tolerance policy for border crossers. (Photo by Spencer Platt/Getty Images)

The Justice Department has instructed US attorneys offices not to use the term “undocumented” immigrants and instead refer to someone illegally in the US as “an illegal alien,” according to a copy of an agency-wide email obtained by CNN.

According to the email, the Justice Department uses terms in the US Code to describe an individual who is illegally in the US, and thus refers to them as “an illegal alien.”

“The word ‘undocumented’ is not based in US code and should not be used to describe someone’s illegal presence in the country,” the email states.

An immigrant who is in the US legally or whose status is unknown is to be described by their country of citizenship, it adds.

US citizens or green card holders are referred to as a “resident” of the state or city where they live, and the guidance says if their citizenship or status can be referenced if it is part of the factual record of the case.

The issue of how to describe people in the US illegally has long been a subject of heated debate. In 2013, The Associated Press Stylebook changed its terminology to not describe a person as illegal, only actions. The AP Stylebook is widely followed across media outlets in the US. Most outlets use the term “undocumented immigrant.”

The Justice Department guidance says the goal is “to clear up some confusion and to be consistent in the way we draft our releases” and describes the particular way regional offices should refer to individuals in news releases.

A Justice Department spokesman did not dispute the authenticity of the email and pointed to the line about seeking consistency and remedying confusion.