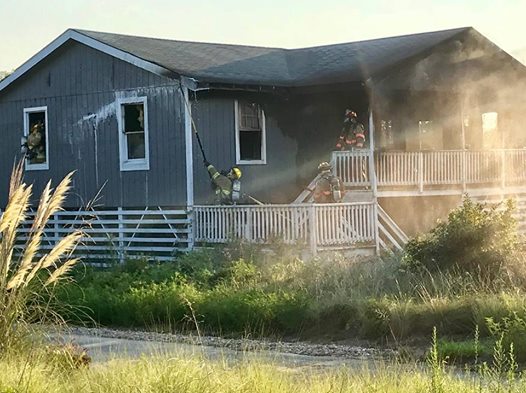 DUCK, N.C. – Multiple fire units and departments responded to a fire in the Town of Duck on Wednesday.

According to officials, the fire happened in the 100 block of Dune Road around 7 a.m.

Firefighters reportedly arrived to find flames, smoke and heavy fire. Three people were in the home at the time of the fire but were able to get out without injuries, according to officials.

No other structures were harmed during the fire. Officials are still investigating the fire.