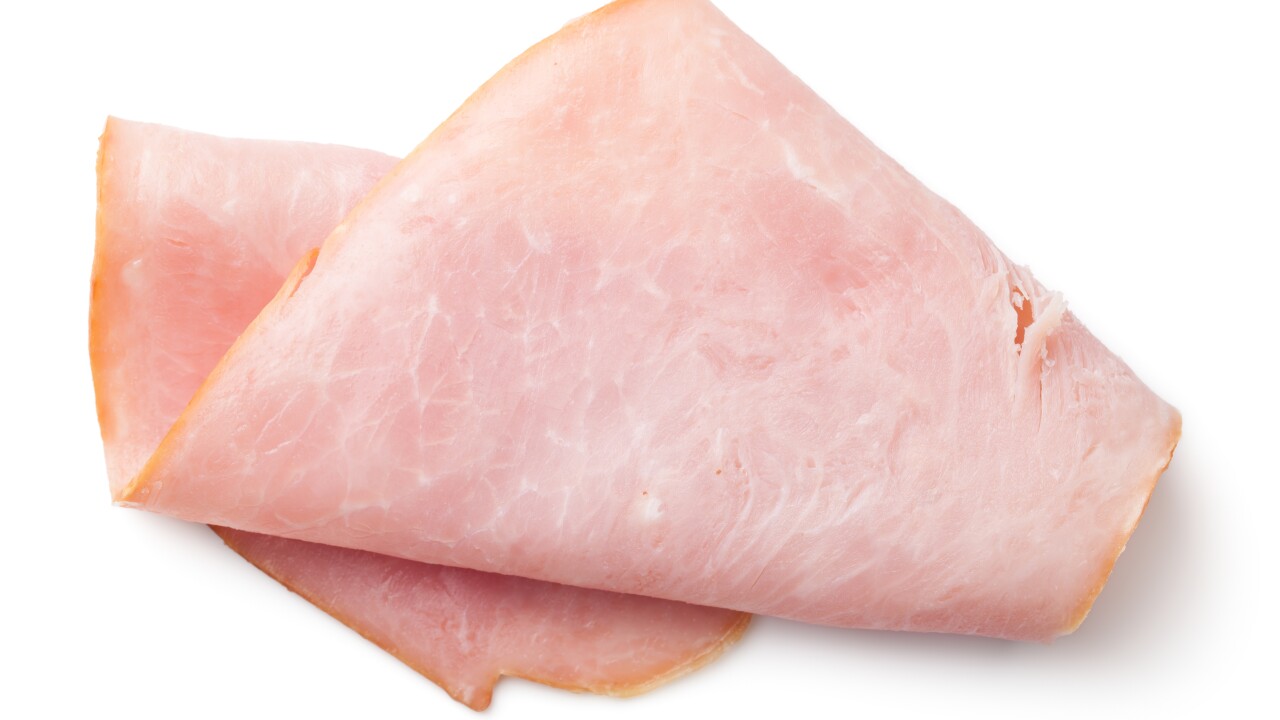 WASHINGTON – The U.S. Department of Agriculture’s Food Safety and Inspection Service (FSIS) announced Wednesday a North Carolina-based company has issued a recall for approximately 89,096 pounds of ready-to-eat ham products that may be contaminated with listeria.

The following products are subject to recall, the FSIS says:

The products that are subject to recall have the establishment number “EST. M2646” inside the USDA mark of inspection.

On September 27, the FSIS was notified that a person with listeriosis reported eating a ham product produced at Johnston County Hams. After working with the Centers for Disease Control and Prevention and state and public health and agriculture partners, FSIS determined there is a link between the listeria illnesses and ham products produced at the company.

An investigation identified four listeriosis-confirmed illnesses, including one death, between July 8, 2017 and August 11, 2018. FSIS collected two deli ham product samples from the Johnston County Hams facility in 2016 and early 2018.

Listeria is a serious infection that primarily affects older adults, people with weakened immune systems and pregnant women and their newborns. People outside of this risk group are less commonly affected.