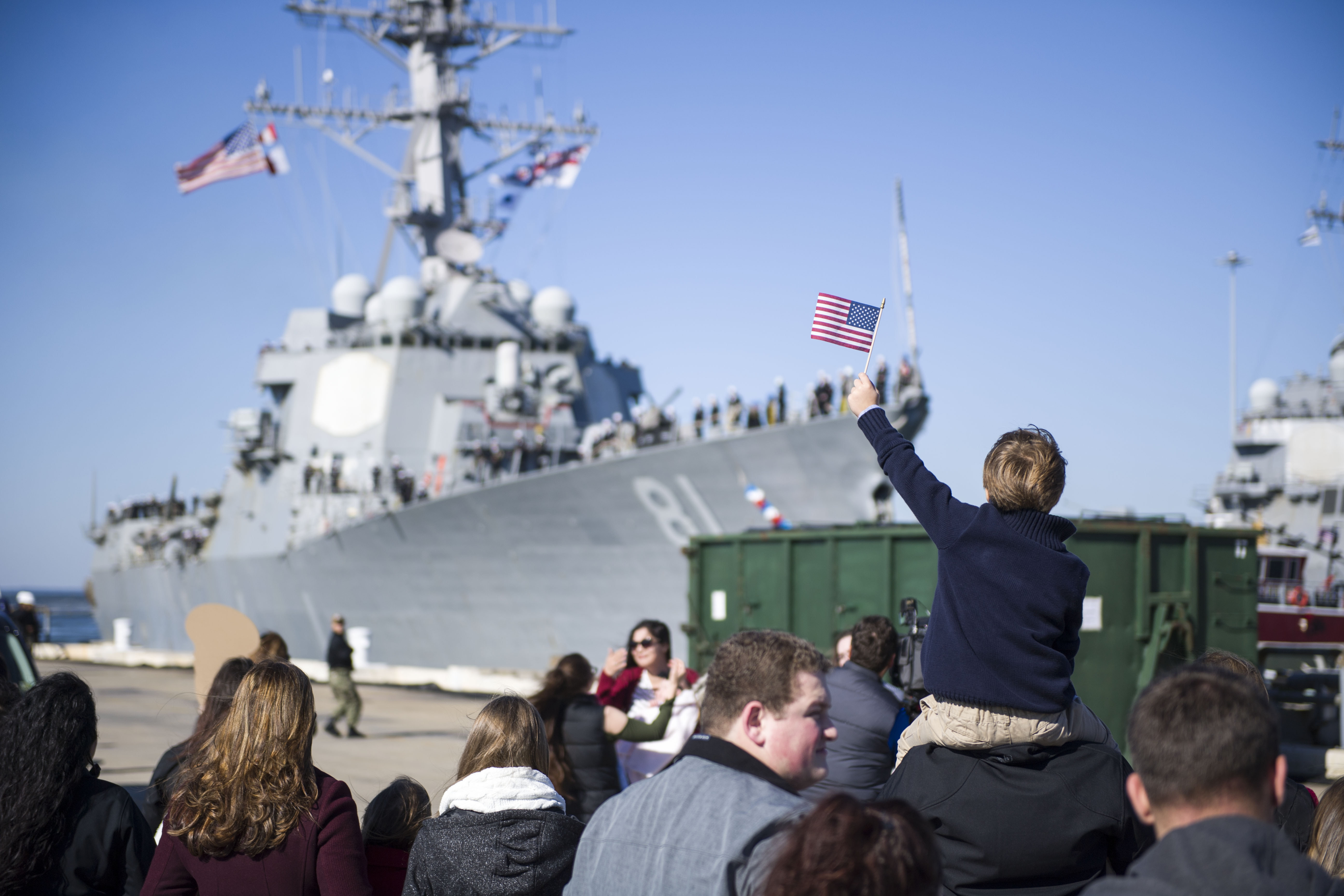 The ship completed seven months in the Navy’s 5th and 6th Fleet areas of operation, and traveled more than 40,000 nautical miles during that time. It navigated the Straits of Gibraltar, the Straits of Sicily and the Bab al-Mandeb four times, and the Danish straits twice.

The wait is finally over! New daddies come to greet their babies!#USSWinstonChurchill pic.twitter.com/Rjq4yZx2fO

According to a release by the Winston S. Churchill, the ship operated separately with the USS Iwo Jima (LHD 7) Amphibious Ready Group and with the USS Harry S. Truman (CVN 75) Carrier Strike Group. Besides supporting Operation Inherent Resolve, the ship also conducted presence operations with other NATO maritime units from Canada, France, the Netherlands and Spain, and conducted a passing exercise with the Egyptian navy.

“I am extremely proud of everything the crew has accomplished during our time in 5th and 6th Fleet,” said Cmdr. Tom Van Scoten, Winston S. Churchill commanding officer. “Although tasking often shifted rapidly, we remained strategically dependable as well as operationally adaptable.  The strength of this ship truly is the crew.”

The Mannina Family is all dressed in their best sailor attire waiting for daddy! Mom says it’s been a long 7 months and they are looking forward to him being home. pic.twitter.com/4kfdcjXGBz