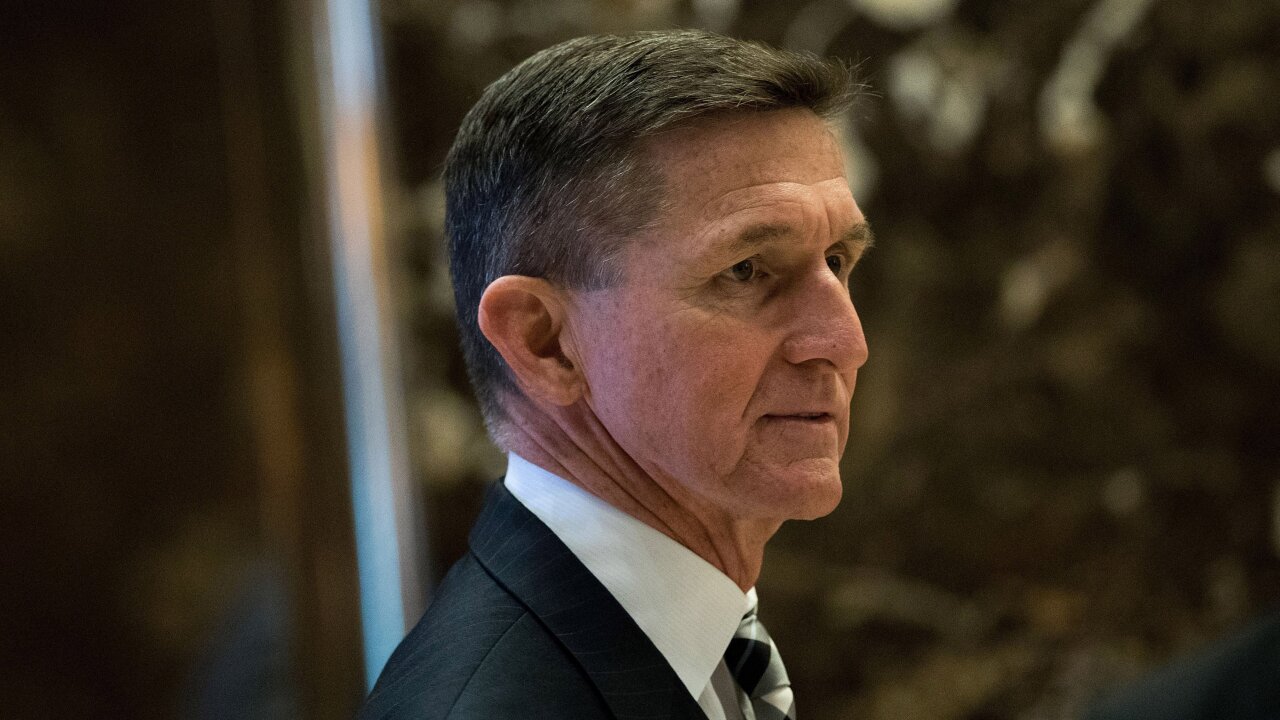 Former national security adviser to President Donald Trump Michael Flynn has asked a federal judge to spare him from prison time, according to his defense team’s memo before his sentencing.

Flynn said his cooperation with Mueller’s special counsel investigation “was not grudging or delayed,” according to a memo he provided to a federal judge before his sentencing.

Neither Flynn nor Mueller has fully disclosed how his cooperation helped other ongoing Justice Department investigations, including the Russia probe. Mueller, however, has told the court Flynn gave prosecutors “substantial assistance” and has helped on at least three ongoing investigations.

Mueller told the judge he should not face prison time.

One year ago, Flynn pleaded guilty to lying to the FBI about the substance of his calls with former Russian ambassador Sergey Kislyak while he worked on the Trump presidential transition.

Rather, Flynn’s cooperation “preceded his guilty plea or any threatened indictment and began very shortly after he was first contacted for assistance by the Special Counsel’s Office,” his team wrote.

He is asking the judge for probation of less than a year instead of a prison sentence and has offered to do 200 hours of community service. His sentencing is scheduled for next week.

Circumstances of his lie

Flynn is the highest-ranking Trump official to face charges in the Mueller probe. He pleaded guilty in December 2017 to lying to the FBI about his contacts with the then-Russian ambassador to the United States. Flynn initially denied — but eventually admitted — that they had discussed sanctions and a United Nations Security Council resolution during the presidential transition. The saga — including the fact that he had lied to high-ranking administration officials about his contact with Kislyak — led to his early exit from the White House.

Flynn has long been suspected to be a central figure in an obstruction of justice inquiry focused on Trump’s interactions with former FBI Director James Comey around that time, who was overseeing the investigation of Flynn.

Tuesday’s filing detailed his account of meeting with FBI investigators near the beginning of the Trump administration, and after Flynn had assumed the role of national security adviser. The memo acknowledges criticism of FBI officials and their actions in the days before Mueller’s appointment to lead the Russia probe — though Flynn still says he takes full responsibility for his lies.

The FBI chose not to involve the Justice Department when it first approached Flynn at the end of January 2017 to discuss his communications with Russians, Flynn’s defense team said, citing evidence they had reviewed before his sentencing.

Former FBI agent Peter Strzok and another FBI agent visited Flynn at his office in the West Wing on January 24, 2017, when he first made the false statements. He did not have an attorney with him at that time, and was not warned he could be prosecuted for making false statements, his memo said.

The FBI “decided the agents would not warn Flynn that it was a crime to lie during an FBI interview because they wanted Flynn to be relaxed, and they were concerned that giving the warnings might adversely affect the rapport,” an FBI agent wrote, according to the evidence cited by the defense team.

Then-FBI Deputy Director Andrew McCabe, who spoke to Flynn before the visit, said that if “Flynn wished to include anyone else in the meeting, like the White House Counsel for instance, that I would need to involve the Department of Justice. (General Flynn) stated that this would not be necessary and agreed to meet with the agents without any additional participants.”

Flynn was in a good mood when he met with the agents that day, the memo said. He “clearly saw the FBI agents as allies,” an FBI agent reported.

Flynn’s defense attorneys said in the memo that even though the FBI agents involved have been hampered by criticism, the former national security adviser continued to own up to lying.

“Even when circumstances later came to light that prompted extensive public debate about the investigation of General Flynn, including revelations that certain FBI officials involved in the January 24 interview of General Flynn were themselves being investigated for misconduct, General Flynn did not back away from accepting responsibility for his actions,” the defense team wrote.

Before he pleaded guilty on December 1, 2017, Flynn shared information with Mueller five times, then spoke to the Justice Department 14 additional times following his plea.

He’s also given the Department of Justice “thousands of documents,” including from his two companies. In all, he’s spent 62 hours and 45 minutes speaking with Mueller and other government investigators, according to his defense lawyers’ memo Tuesday night.

His attorneys do not detail the date Flynn first spoke with the special counsel’s office.

Different from other Mueller cases

Flynn’s attorneys compared his case with those of defendants in the special counsel’s probe who’ve gone to prison — arguing his situation is much different.

Two other defendants — the Dutch lawyer Alex van der Zwaan and former Trump campaign adviser George Papadopoulos — served 30 days and 14 days, respectively, after pleading to the same crime as Flynn: lying to investigators. But neither of those men helped Mueller with his investigation to the same extent or were as willing to cooperate and accepting of responsibility, write Robert Kelner and Stephen Anthony, Flynn’s attorneys.

Among 13 cases where defendants in DC federal court went to sentencing for lying to the federal government, only van der Zwaan and Papadopoulos received prison sentences. The attorneys argued Flynn shouldn’t face the same penalty as those two men, who were warned about the seriousness of the Russia investigation and the consequences they would face for lying when they first spoke to investigators.

The memo to federal Judge Emmet Sullivan, who will single-handedly determine Flynn’s sentence, came accompanied Tuesday night with 50 letters of support from family members, friends and members of the US military, where Flynn ranked as a lieutenant general in the Army. The letters collectively attest to his character, sense of family and country, and service in the military and intelligence community.

Jack Keane, the former vice chief of staff of the Army who oversaw the wars in Afghanistan and Iraq, described Flynn as an officer who “single handily changed how we created, processed and used intelligence during combat” after September 11, 2001.

“There is no doubt that Mike’s contribution was consequential to mission success and the preservation of life,” Keane wrote to the judge. “I trust Mike completely and always will.”

Others write about how the brother to eight grew up a competitive football and water polo player in Rhode Island, then became a diligent military member and later worked in intelligence.

His work for Trump, however, on both the 2016 presidential campaign and for less than a month in the administration, are minimized in the descriptions to the judge.

His sister, Clare Eckert, acknowledged that era of his life and the charges he faces since working for Trump.

“Little did I, or anyone in our family, realize what the future would hold for Michael and all of us who have all been profoundly affected by the devastating events that have transpired over the last few years,” she wrote. Even so, Flynn continues to be “the rock for all of us.”