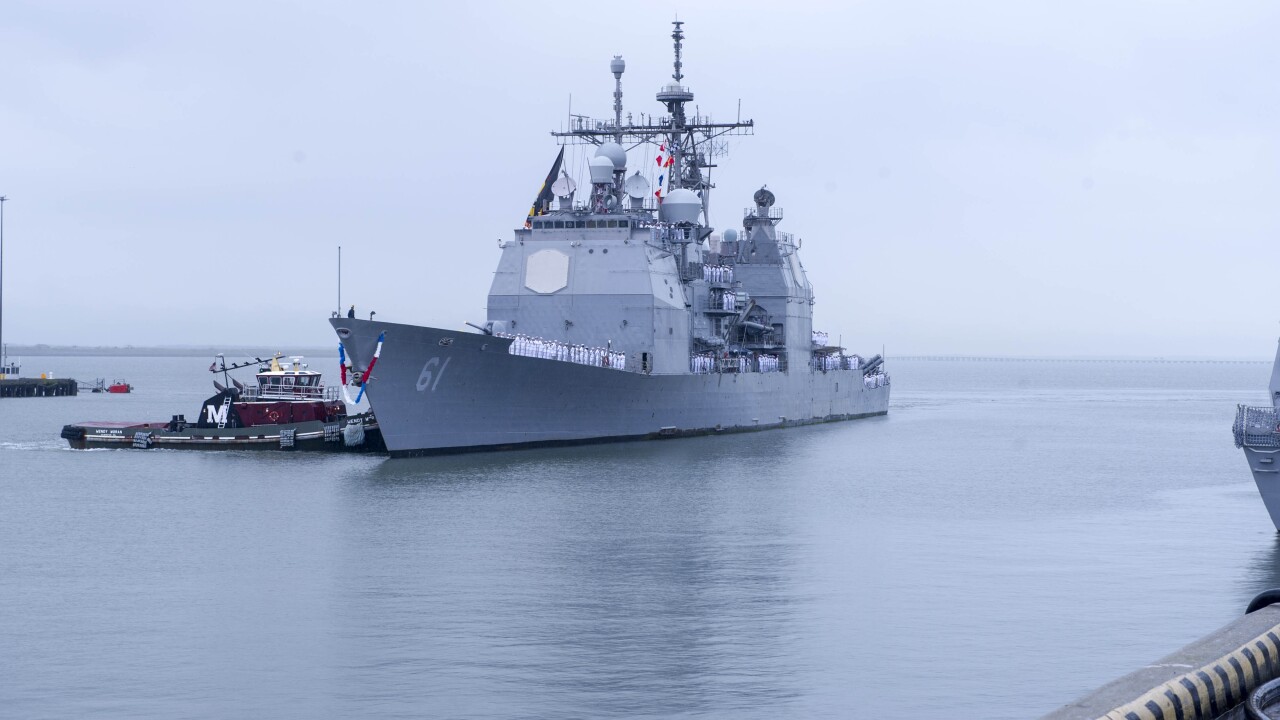 180506-N-KZ419-001 NORFOLK (May 6, 2018) – The guided-missile cruiser USS Monterey (CG 61) returns to its homeport, Naval Station Norfolk, May 6, completing a seven-month deployment to the U.S. 5th Fleet and U.S. 6th Fleet areas of operation. The Monterey deployed from Norfolk on a surge deployment under the optimized fleet response plan, which maximizes employability through a balanced, sustainable, and predictable cycle. (U.S. Navy Photo by Seaman Dawson Roth/Released)

NORFOLK, Va. – Around 12:40 p.m. on Tuesday, officials were notified from personnel at Marine Hydraulics International that they received a bomb threat for a ship at their dock.

Norfolk Fire & Rescue and Norfolk Police responded to the scene but NCIS is now handling the investigation.

Marine Hydraulics International is located at 1215 Warrington Avenue and that’s where officials responded.

Around 4 p.m., Lt. Cmdr. Hillson said after extensive security inspections and sweeps nothing suspicious was found.