No. 2 Virginia rallies to beat Louisville and clinch No. 1 seed in ACC Tournament 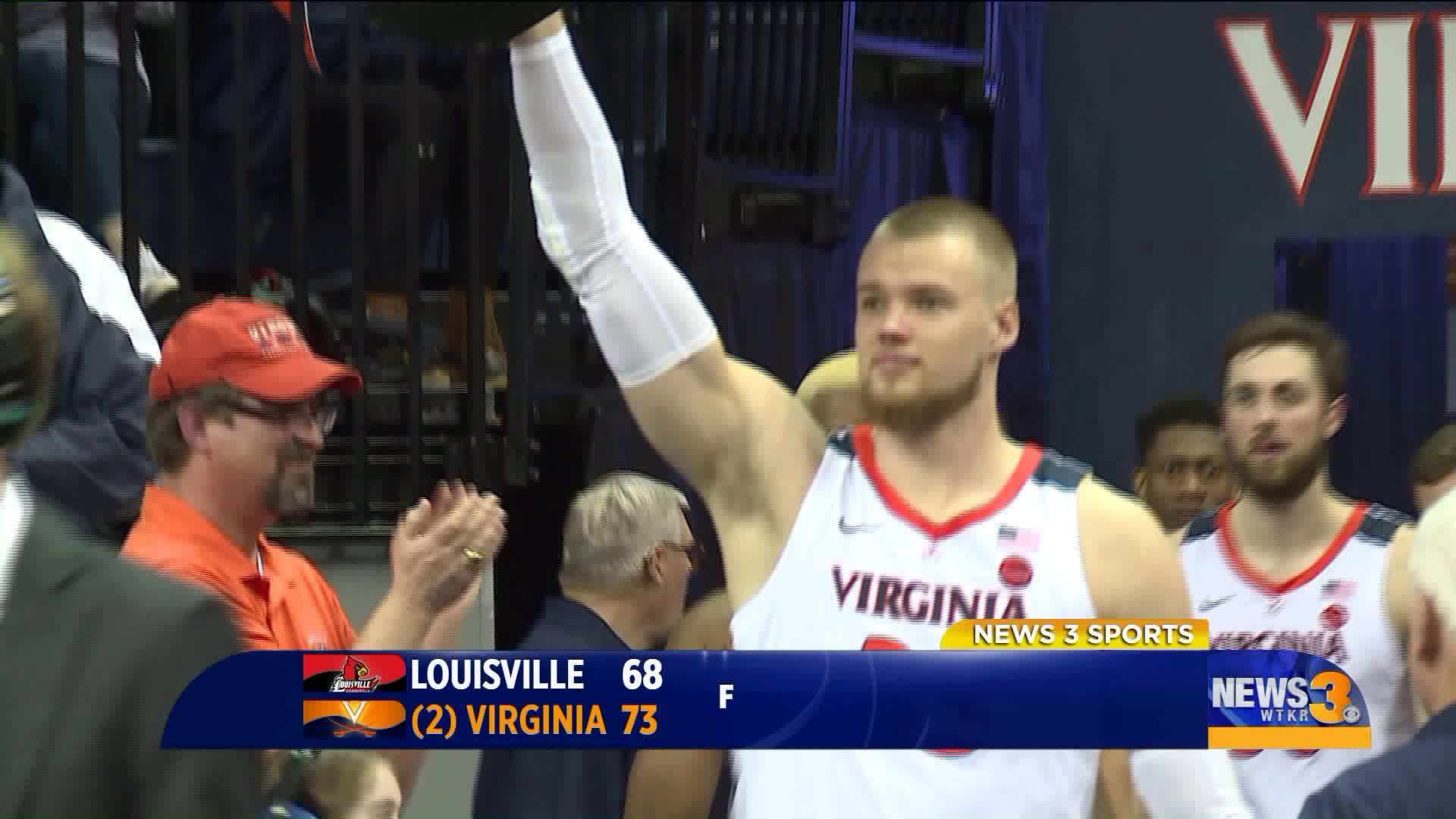 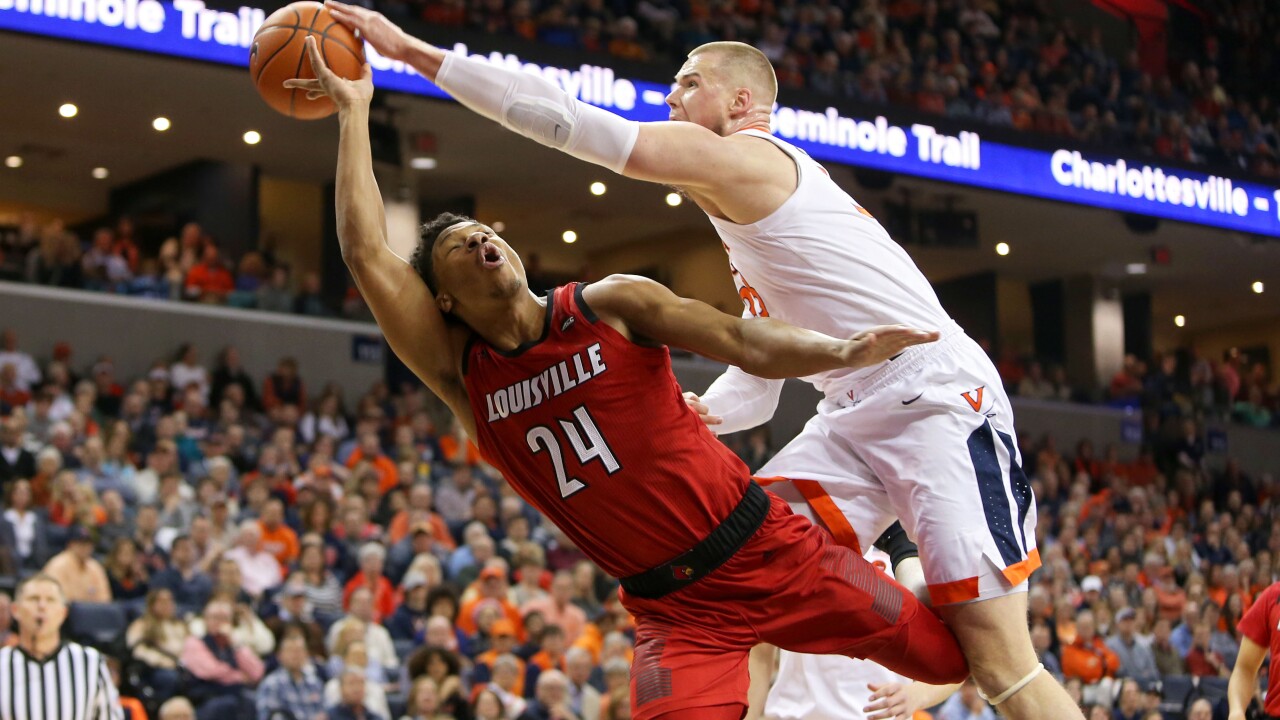 Virginia shot 40 percent from the field, 43 percent beyond the arc (12-28). The Cavaliers finished with just four turnovers, with six blocks and seven steals.

HOW IT HAPPENED
Virginia opened the game with threes from Guy and freshman Kihei Clark (Woodland Hills, Calif.). Louisville responded with a three before redshirt sophomore De'Andre Hunter (Philadelphia, Pa.) hit one as well. The Cavaliers took a 17-9 lead after back-to-back threes from Jerome. The Cardinals hung around and cut the UVA lead to 23-22, but redshirt sophomore Jay Huff (Durham, N.C.) hit the first of his three 3-pointers to keep UVA in the lead. The Cavaliers had a 10-0, including five points by Jerome, to lead 36-27. Louisville closed the half on a 6-0 run as UVA took a 36-33 edge into halftime. The Cardinals scored the first five points of the second half to take a 38-36 lead. Louisville was leading 59-55 when Guy and junior Braxton Key (Charlotte, N.C.) hit threes to put UVA back in front. The teams traded the lead before a 7-0 run gave Virginia a 68-62 lead with 3:36 to play. Key hit four free throws down the stretch as UVA held on for the win.

THE GAME BALL GOES TO
Ty Jerome had a game-high 24 points, going 8-for-14 from the field and 3-for-8 beyond the arc. Jerome also had six assists, four rebounds and two steals.

NOTES
• No. 2 Virginia (28-2, 16-2 ACC) earned at least a share of its ninth ACC title and fourth since 2014
• UVA earned its fourth No. 1 seed for the ACC Tournament since 2014 and fifth since 1954
• The Cavaliers have 28 or more wins for the fifth time in the last six seasons
• UVA has 16 or more league wins for the fourth time in school history
• Jerome had his fourth 20-point game of the season (6th career)
• Guy (3 3-pointers) moved into sole possession of fourth on UVA's single-season 3-pointers list with 97
• Jerome handed out six assists to move into eighth on the UVA single-season assist list with 154

QUOTES
On Ty Jerome's performance:
"Ty Jerome was so complete. I think he's feeling better and he's such a competitor. I think the crowd gave him some extra juice and I think he is getting healthier with his back. We needed it all, that pull-up he hit and some of the passes, because Louisville is a physical and defensive team. They may extend a little bit of that zone, but those guys, they were ready to play. Coach Mack had them very ready and we felt that down there. That's our league. To see what Ty Jerome did, all across the board, we needed everything."

UP NEXT
Virginia earned the No. 1 overall seed in the 2019 ACC Tournament that runs March 12-16 at the Spectrum Center in Charlotte, N.C.