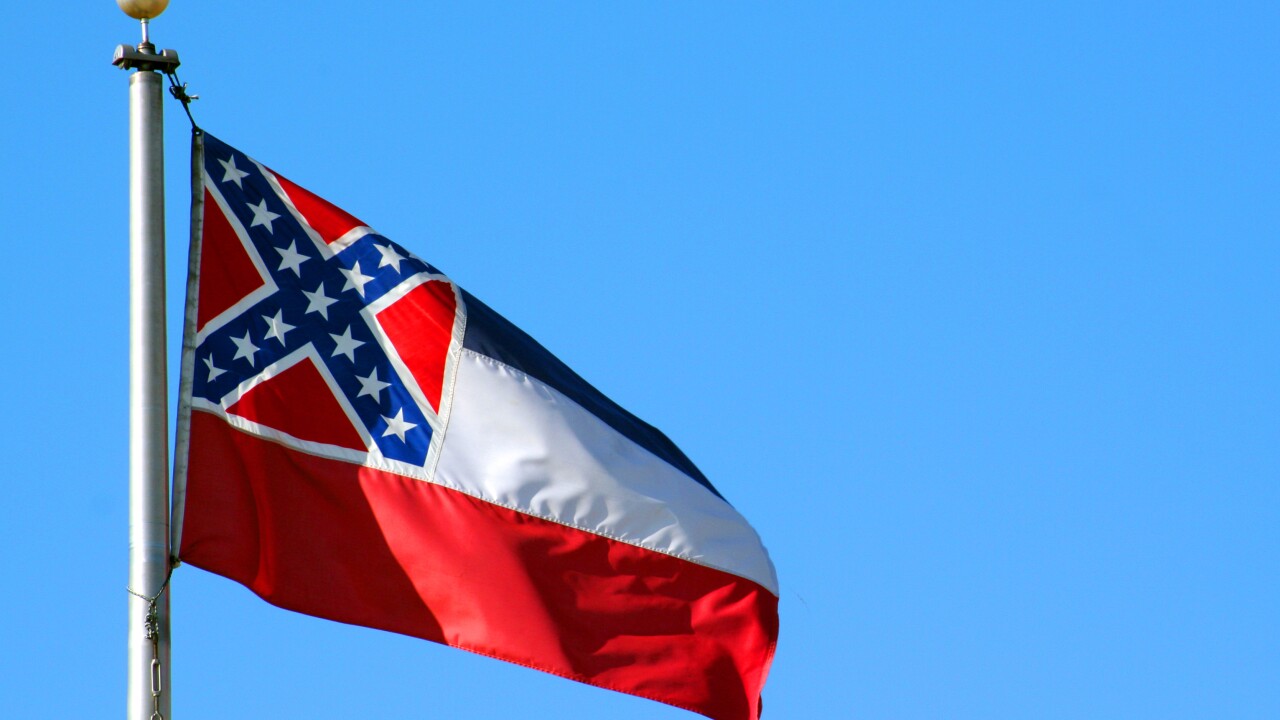 The state flag of Mississippi flying against a blue sky.

The state flag of Mississippi

The flag will be replaced by an American flag.

Flags from every state are flown along Freedom Way, which runs through Liberty Park facing New York Harbor at the mouth of the Hudson River. The park has a view of Manhattan, Ellis Island and Liberty Island, home to the Statue of Liberty.

Murphy said the Confederate flag does not represent his state’s commitment to diversity.

“New Jersey’s strength is rooted in our diverse communities,” he said in a statement. “The Confederate symbol displayed on the Mississippi state flag is reprehensible and does not reflect our values of inclusivity and equality.”

“I’m disappointed in Gov. Murphy’s actions,” Mississippi Gov. Phil Bryant said in a statement to NJ.com. “As I have repeatedly said, the voters of Mississippi should decide what the state flag is or is not,” the statement added.

Mississippi’s flag is the only state flag to feature the Confederate symbol, also known as the Southern Cross. It has been included in the flag’s top left corner since it was adopted by the state legislature in 1894.

To some, the Confederate battle flag is considered an important part of history, while others see it a controversial and racist symbol of American slavery.

A revamped flag, without the Confederate design, was approved to adorn Mississippi license plates earlier this month.

Designed by local Mississippi artist Laurin Stennis, the new flag design features 19 blue stars around one central star with a red stripe on either side. The number of stars signify that Mississippi was the 20th state to join the Union in 1817.

The last time the state considered changing the flag was in 2001 when 65% of voters chose then to keep the flag with the Confederate symbol.

New Jersey’s Liberty Park will join several cities and public universities, including the University of Mississippi and Mississippi State University, who have already ceased to fly the controversial state flag.