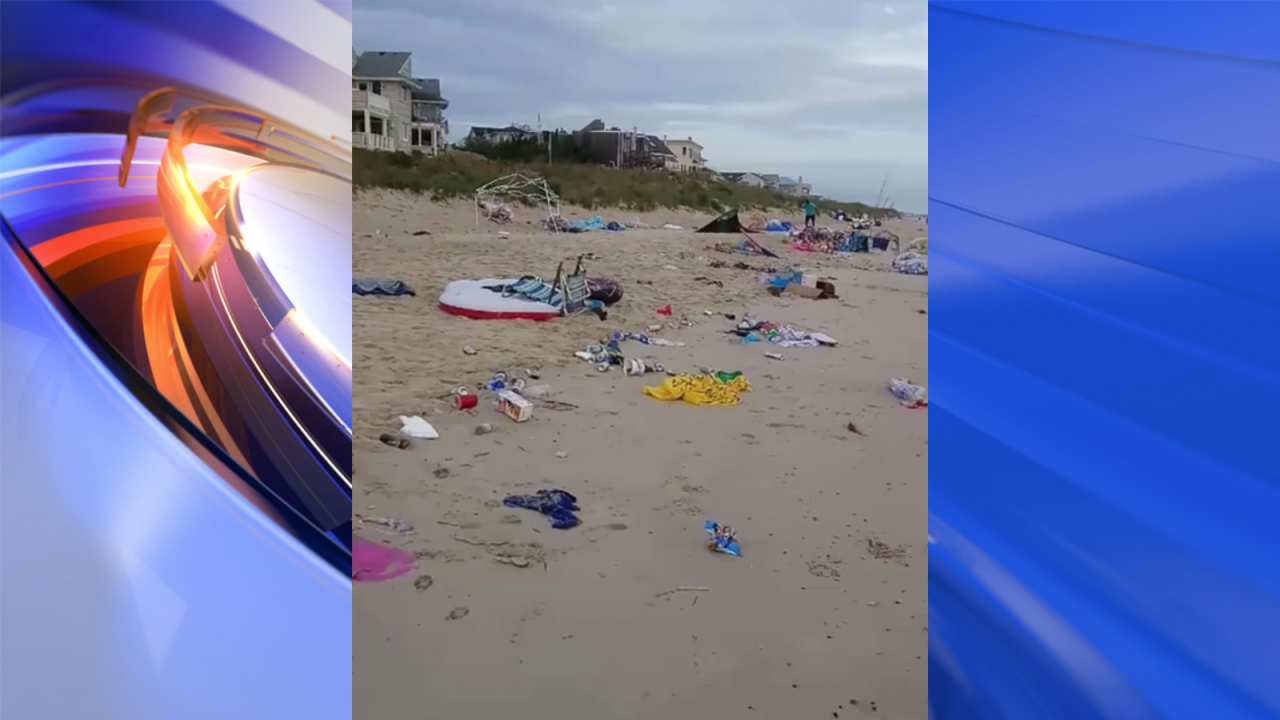 VIRGINIA BEACH, Va. – Floatopia, a beach event put on every year by locals, got some backlash online after leaving behind a very messy beach.

People bring their floats to the event and have a good time with their friends near Chic’s Beach but this year, not everyone was all smiles.

Some describe seeing big floats tied together like those at the event as a “kick off to summer.”

“Floatopia was interesting. Huge crowds, looked like everybody was having a good time,” Bill Schueneman of Virginia Beach said.

However, residents of Virginia Beach were very unhappy with the mess left behind.

“Total disrespect for our bay, our animals, beach and our private property,” said George Marino of Virginia Beach.

Some people who frequent the beach say Sunday night and into Monday morning, anything you could have imagined was dumped on the bay.

“Lots of floats, lots of wood, lots of things to party with. Beer cans and different types of food. Sock were everywhere,” Marino said.

Appalled and disgusted by the trash, long time Virginia Beach resident Melissa Noel posted a video to Facebook to help spread the word of keeping the beaches clean.

“I had never seen the beach look like that before and I had originally just posted it to my Facebook page and my friend asked me to make it shareable and then all of a sudden it really got big,” Noel said.

After hundreds of thousands of views and shares, a disappointed city leader also took to social media.

I was disappointed to wake up this morning to see images trash all over our beautiful Chesapeake Bay beach after Sunday’s festivities. We can do better than this! Let’s work together to keep our City beautiful. #VirginiaBeach #chesapeakebay #savethebay pic.twitter.com/3zFEyv56kR

Although trash is now picked up and gone, thanks to Virginia Beach Public Works and some helpful neighbors, longtime residents hope next year there will be more organized efforts to keep the beach clean.