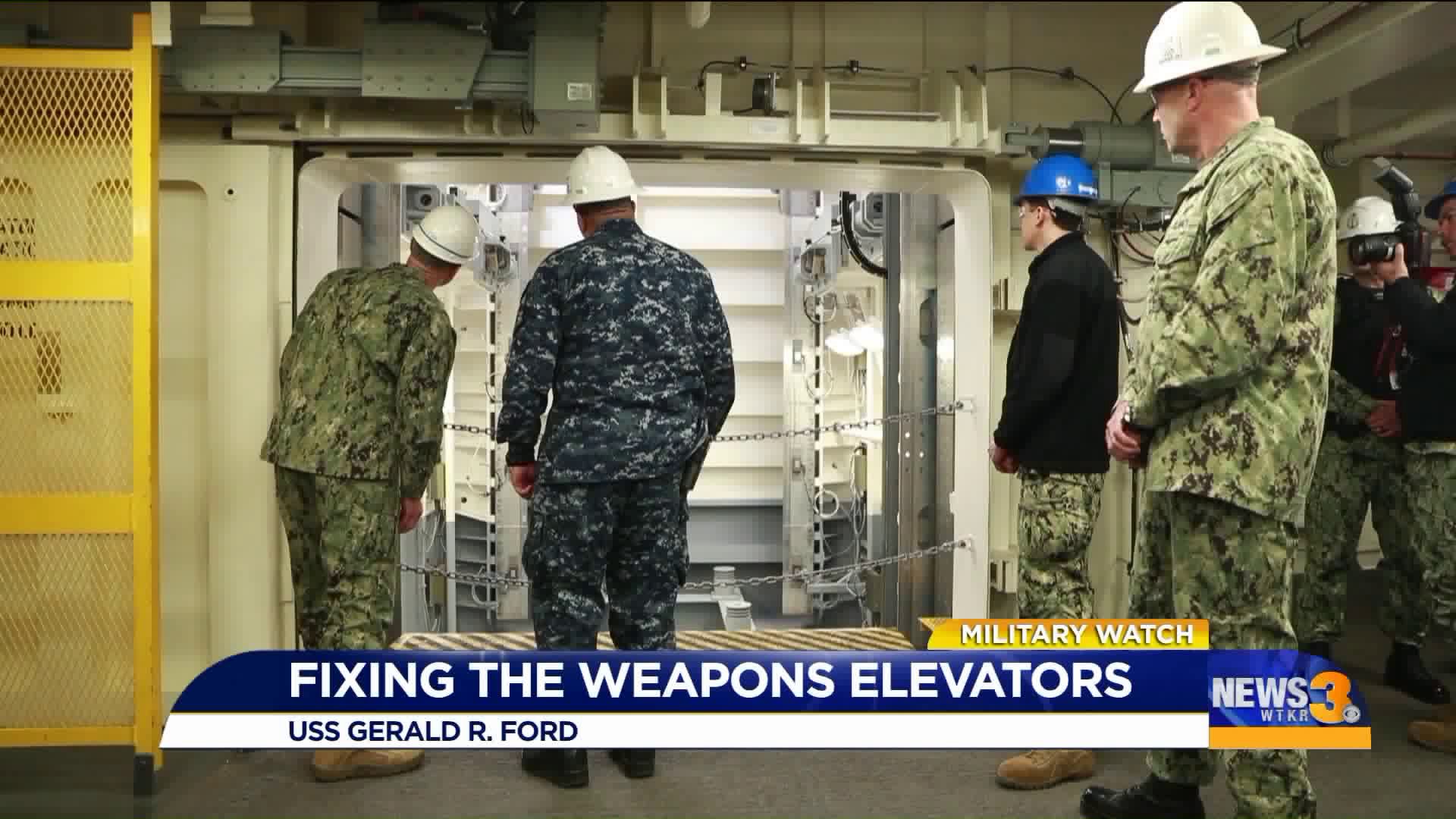 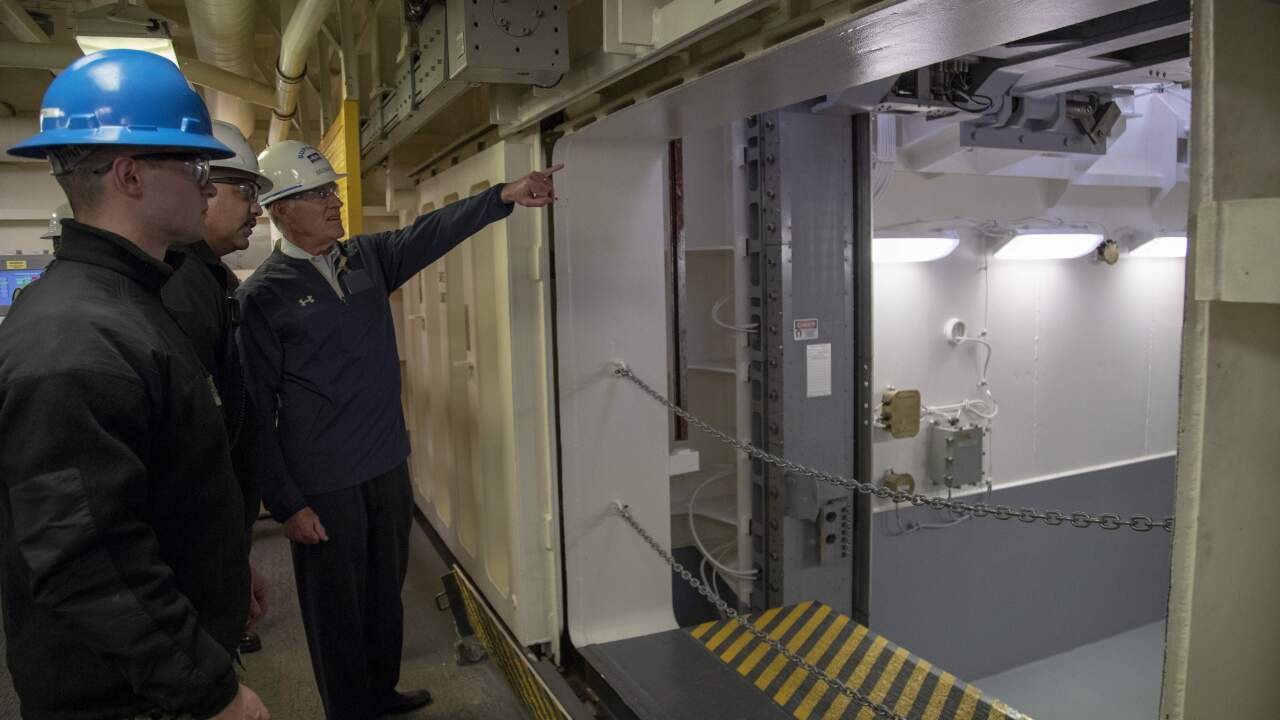 NEWPORT NEWS, Va. - The Navy has brought in a team of outside experts to help solve problems that have plagued the weapons elevators on the USS Gerald R. Ford.

NEWPORT NEWS, Va. (Jan. 17, 2018) Secretary of the Navy Richard V. Spencer is briefed by Lt. Cmdr. Chabonnie Alexander, USS Gerald R. Ford’s (CVN 78) ordnance handling officer, on the Upper Stage 1 advanced weapons elevator during a tour of the Navy’s newest aircraft carrier. Spencer and James Geurts, the assistant secretary of the Navy for research, development and acquisition, visited Ford to see first-hand and hear from Sailors on the progress being made during the ship’s post-shakedown availability at Huntington Ingalls Industries-Newport News Shipbuilding. (U.S. Navy photo by Mass Communication Specialist 2nd Class Kiana A. Raines) (This image has been altered by blurring badges for security purposes.)

The Ford, first in a new-class of carriers for the Navy, is at Newport News Shipbuilding for its Post-Shakedown Availability. The carrier has been there since July 15, 2018.

The 11 Advanced Weapons Elevators are what the Navy describes as a "first-of-its-kind developmental system," that has "had its share of production and technological challenges."

Currently, only two of the elevators are operational.

Now the Navy has called in a team of independent government and outside experts to help solve problems with the weapons elevators. The team has been on the Ford since mid-June.

"We have a full court press on the advanced weapons elevators. We’ve gathered a team of experts on the carrier right now, which will work with the shipbuilder to get Ford’s weapons elevators completed in the most efficient timeline possible --  they will also recommend new design changes that can improve elevator activities for the rest of the Ford class," said James Geurts, assistant secretary of the Navy for research, development and acquisition in a Navy statement.

"This team of experts in electromagnetic systems, fabrication and production control, software, systems integration, and electrical engineering will focus on completing the production of the remaining elevators on CVN-78 and recommending design changes for future ships in the class. In doing so, they will execute corrective actions and adapt best practices to ensure the completion of the Advanced Weapons Elevators (AWE) in support of the USS Gerald R. Ford’s operations."

Newport News Shipbuilding, which built the Ford, released this statement to News 3 about the outside team being deployed to the carrier:

"We welcome the addition of the Navy’s team of independent experts to our Navy-industry team and are working closely with them to jointly address remaining challenges with the advance weapons elevators (AWE). The AWE are one of the most advanced technologies being incorporated into the next-generation warship, USS Gerald R. Ford (CVN 78) and they provide significant operational capability to the Ford-class of ships. We are committed to working through the remaining build and test challenges on this system as quickly as possible, and to test, certify and turn over all of the weapons elevators to the Navy safely and efficiently."

In addition to the team deployed to the Ford, the Navy is also building a land-based test site at the Naval Surface Warfare Center Division in Philadelphia and a digital twin co-located in Newport News to allow the Navy and shipyard to troubleshoot and mature the system.