For Kempsville High School football team, not all is lost as losing streak nears six years 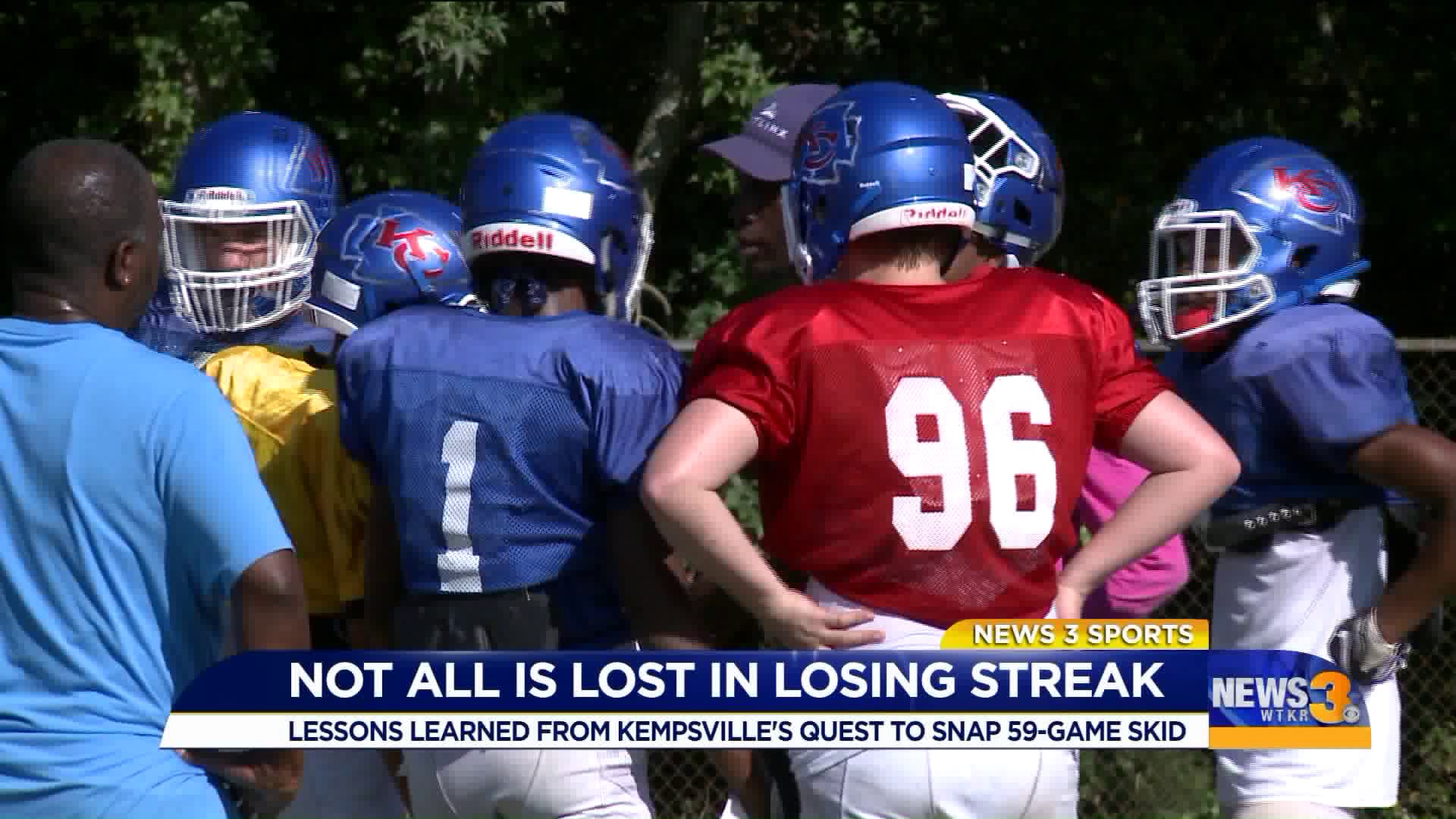 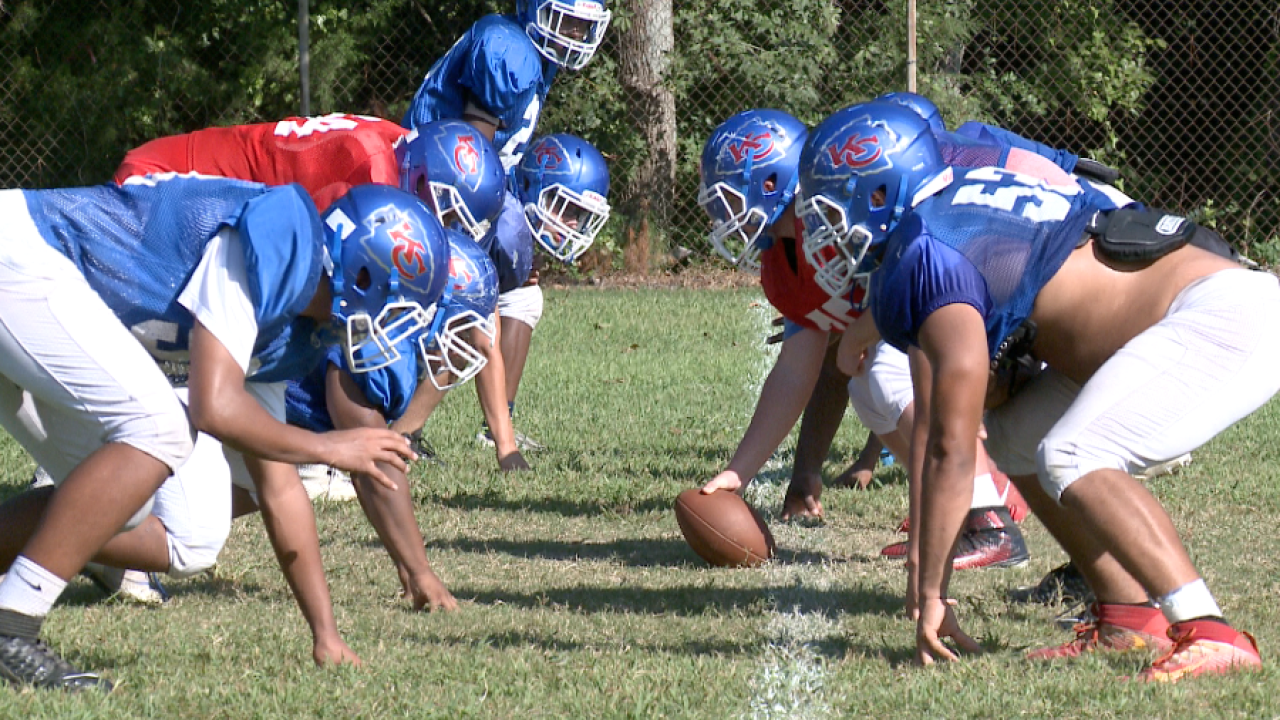 VIRGINIA BEACH, Va. - It's an old coaching cliche: A team learns more from a loss than it does from a victory.

But one squad in Virginia Beach doesn't have the option.

Kempsville High School's football team is mired in a terrible slump. And while the Chiefs might not have any wins, the lessons - both now and for the future - are not lost on the coaches and players who have a half-decade's worth of reasons to give up.

It's the payoff for practice.

For high school football teams, the stretches, snaps and sweat during long midweek workouts are worth it when rewarded with a win in Friday night's game. But at Kempsville High, the Chiefs - for the past six years - have given 100 percent at practice with zero to show for it on the scoreboard.

Kempsville has lost 59 straight varsity games, a streak dating back to September 27, 2013 - the day of its last victory. Wynne and fellow senior captain Jovon Mims were sixth graders when the skid started.

"Kempsville, back then, was a powerhouse," Mims noted. "People that come to the games expect us to win. So it's been tough."

"I've seen four classes of seniors since I was a freshman that haven't won a varsity game," Wynne added. "I saw how they felt."

Both Mims and Wynne have come up through the program. Transfer and fellow senior captain Raevon Gordon, like first-year head coach Daryl Cherry, are new. The chose the Chiefs despite the losing streak.

"Actually, I prayed for this job," Cherry, who has prior coaching experience at Virginia Beach's Tallwood, Green Run and Ocean Lakes High Schools, told News 3. "I feel I can do the most good at this school, in this program - to help build it up."

"I heard they weren't really a good football team," admitted Gordon, who transferred to Kempsville from football powerhouse Lake Taylor High School. "My mom told me it was a good chance to show them what you can do and bring hope to the team."

When it comes to grinding through practice day after day, week after week and for some: year after year, these players might not have a win - but they have a why.

"To be able to be part of the process and to have the ability to break the streak - that would be great," Wynne admitted.

"We're building men," Coach Cherry said. "Men that are going to be fathers one day. You have to be able to support your family. You can't say no, you can't give up."

The practice payoff comes in a different denomination at Kempsville, and the reward has long-term value.