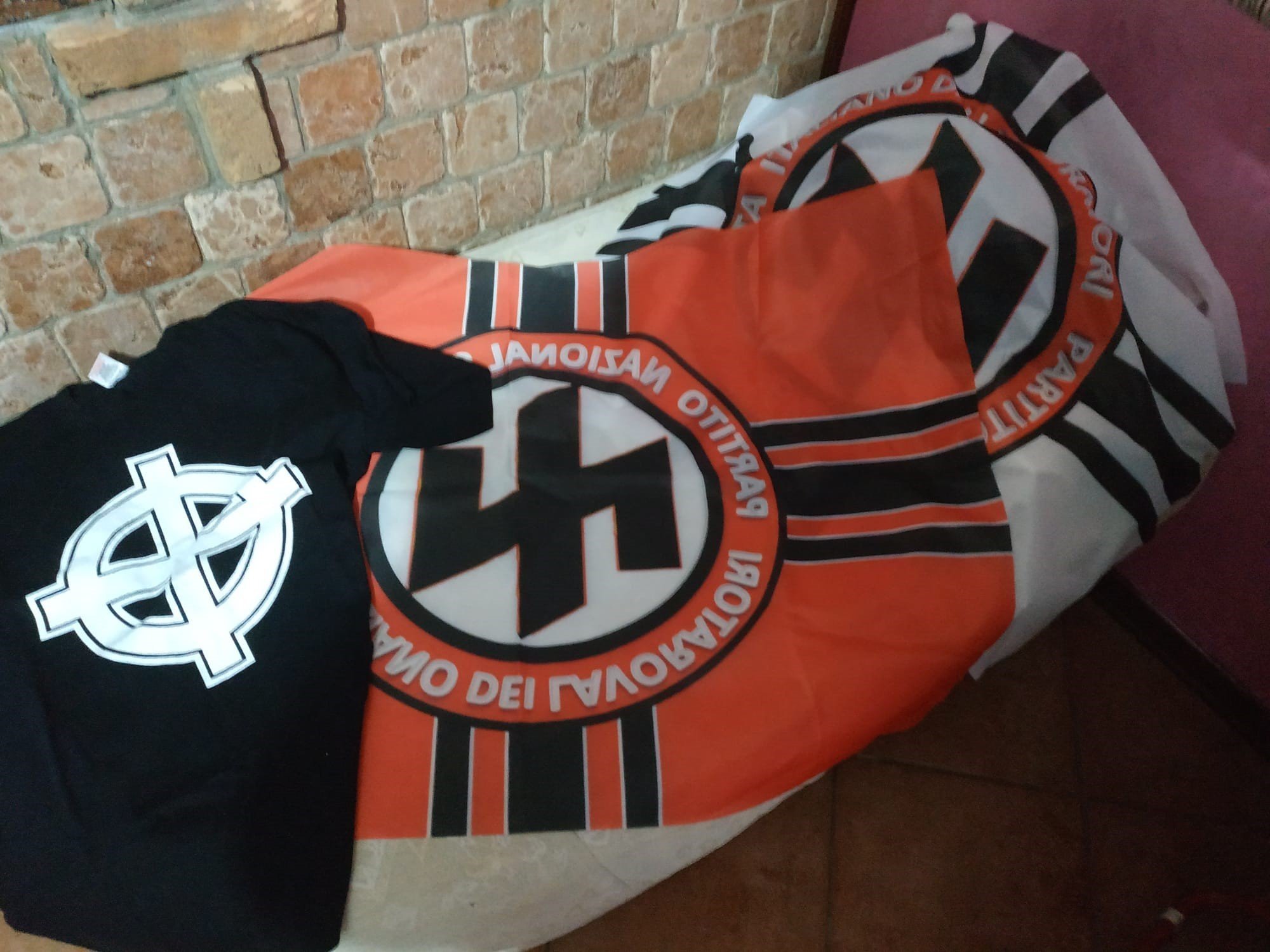 Police in Italy say they raided the homes of 19 people who allegedly wanted to create an “openly pro-Nazi, xenophobic and anti-Semitic” party.

Officers found firearms and propaganda celebrating Nazi leader Adolf Hitler and fascist dictator Benito Mussolini during the series of raids across the country, police said in a statement Thursday.

The 19 suspects are under investigation but were not in custody, and police did not name any of them.

Authorities had been monitoring “extreme right-wing local militants” during a two-year investigation led by the Anti-Mafia and Antiterrorism District of the Prosecutors Office of Caltanissetta and identified a “vast and jagged galaxy of subjects” who shared the same “ideological fanatism,” police said.

Some of the suspects were accused of creating a logo for the party, using social media to recruit others and setting up a closed chat group under the name of “Militia” to train militants, the police statement said.

Authorities believe members of the group made contact with neo-Nazi groups in England and Portugal in an attempt to be recognized. In August, a suspect spoke at a far-right conference in Lisbon. The suspect was not named by authorities.

Investigators say one of the trainers in the group was a former senior member of the Calabrian mafia organization known as Ndrangheta and had been a former representative for the Forza Nuova neo-fascist party in the western region of Liguria.

A 50-year-old woman, who called herself the “Sergeant-Major of Hitler” and a 26-year-old woman from Sicily nicknamed “Miss Hitler” are among the suspects, Italian state news agency ANSA reported.

The search warrants were carried out under the 1952 Scelba law that prohibits any attempts to recreate the defunct Fascist Party.

Several Italian parties support fascist ideology and publicly align themselves with the tenets of fascism, but they cannot call themselves fascist. Under Italian law, people can be arrested for making fascist salutes, but it is not illegal to sell memorabilia with fascist symbols or the image of Mussolini.