Shoppers across Hampton Roads cashing in on Black Friday deals 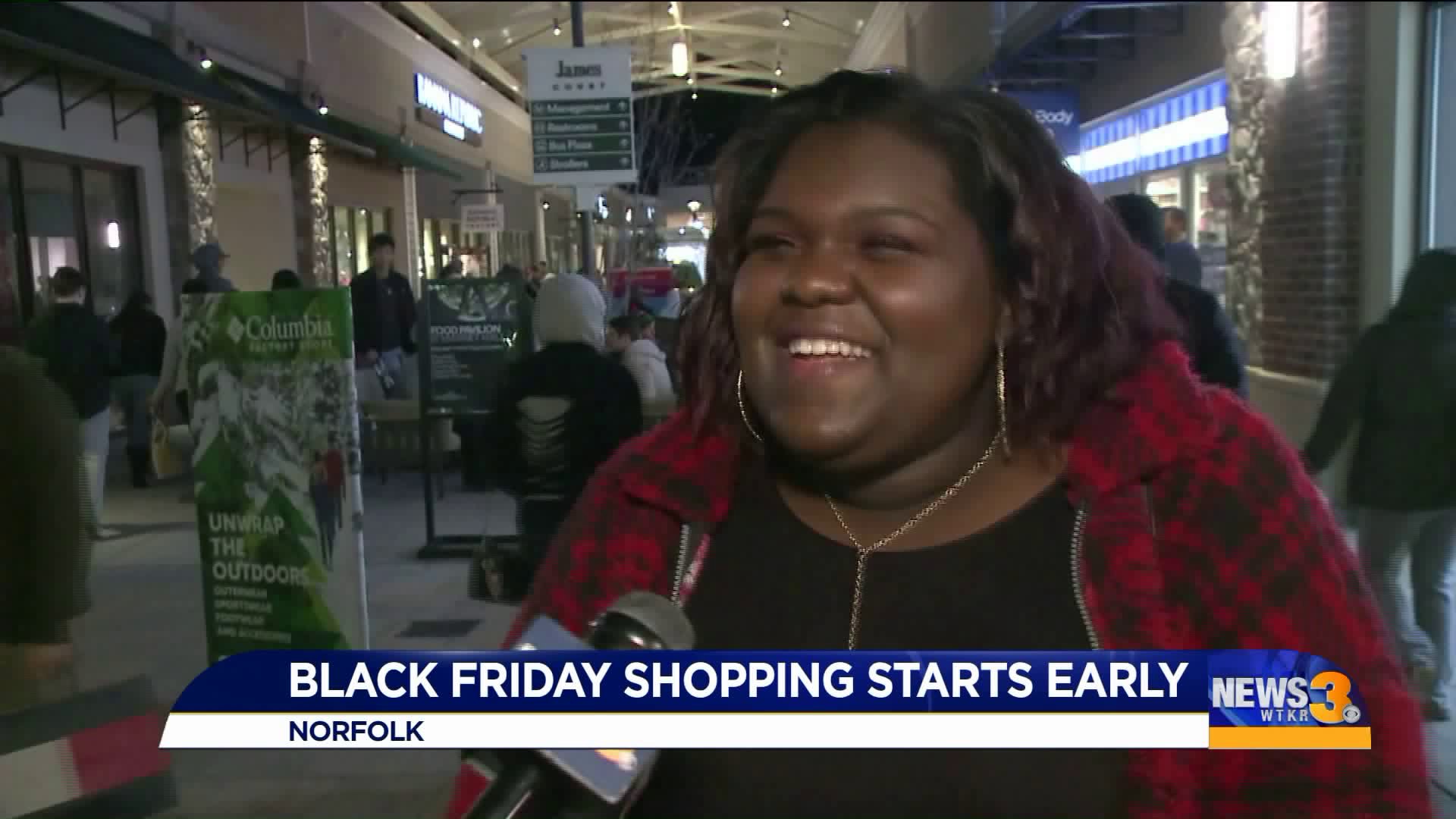 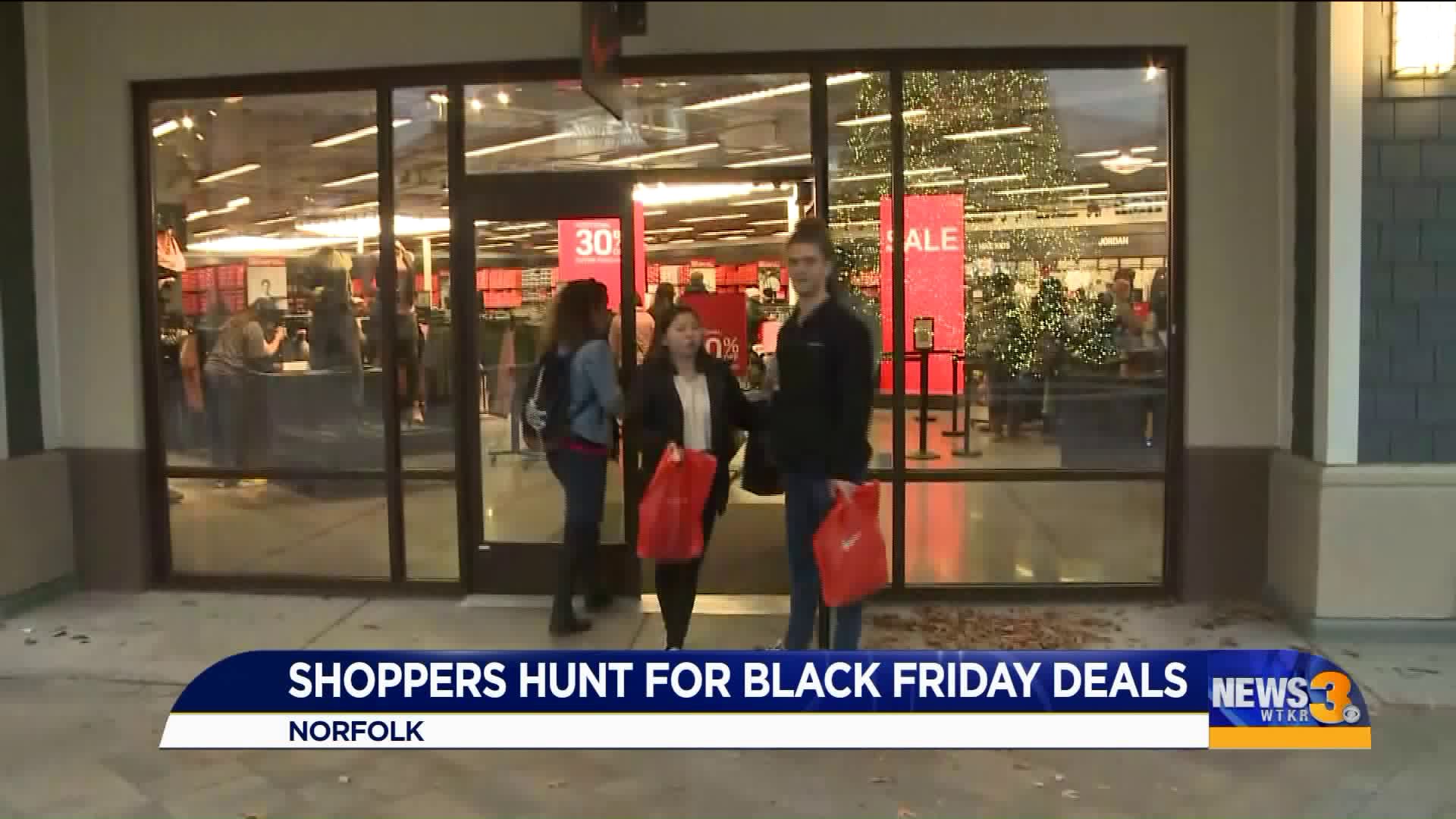 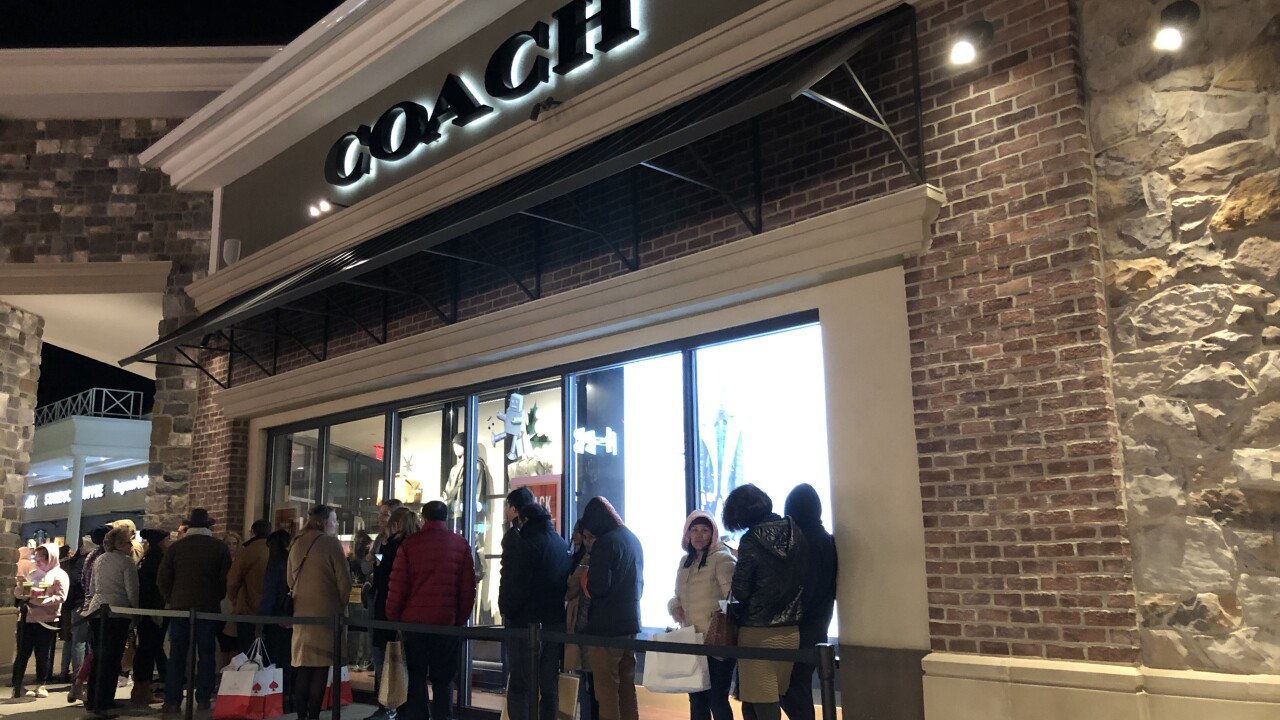 NORFOLK, Va. – From $400 bags on sale for $85 to 40% off everything in store, there's Black Friday deal after deal for shoppers at Norfolk Premium Outlets.

Customers rushed into stores, like Nike, Thursday night hoping to cash in.

“Stores are packed, you have to wait outside and they count you in,” shopper Ravin Johnson said. “It’s been busy.”

Deals people tell us they would not pass up.

“Express, I picked up a couple of sweaters and jeans for myself. At Michael Kors, I got a handbag for my mom,” Kobi told News 3.

The deals pulled some usual online shoppers away from their computer.

“I did some of it online but it’s fine coming out to the stores, seeing the people, the buzz,” Kobi said.

“Parking was a little hard to here but this is gonna be my last stop,” Kobi said.

A similar sentiment for just about everyone else here tonight.

“I probably won’t have anymore money when I leave here,” Johnson explained.

The outlets will close at midnight and reopen Friday at 6 a.m.