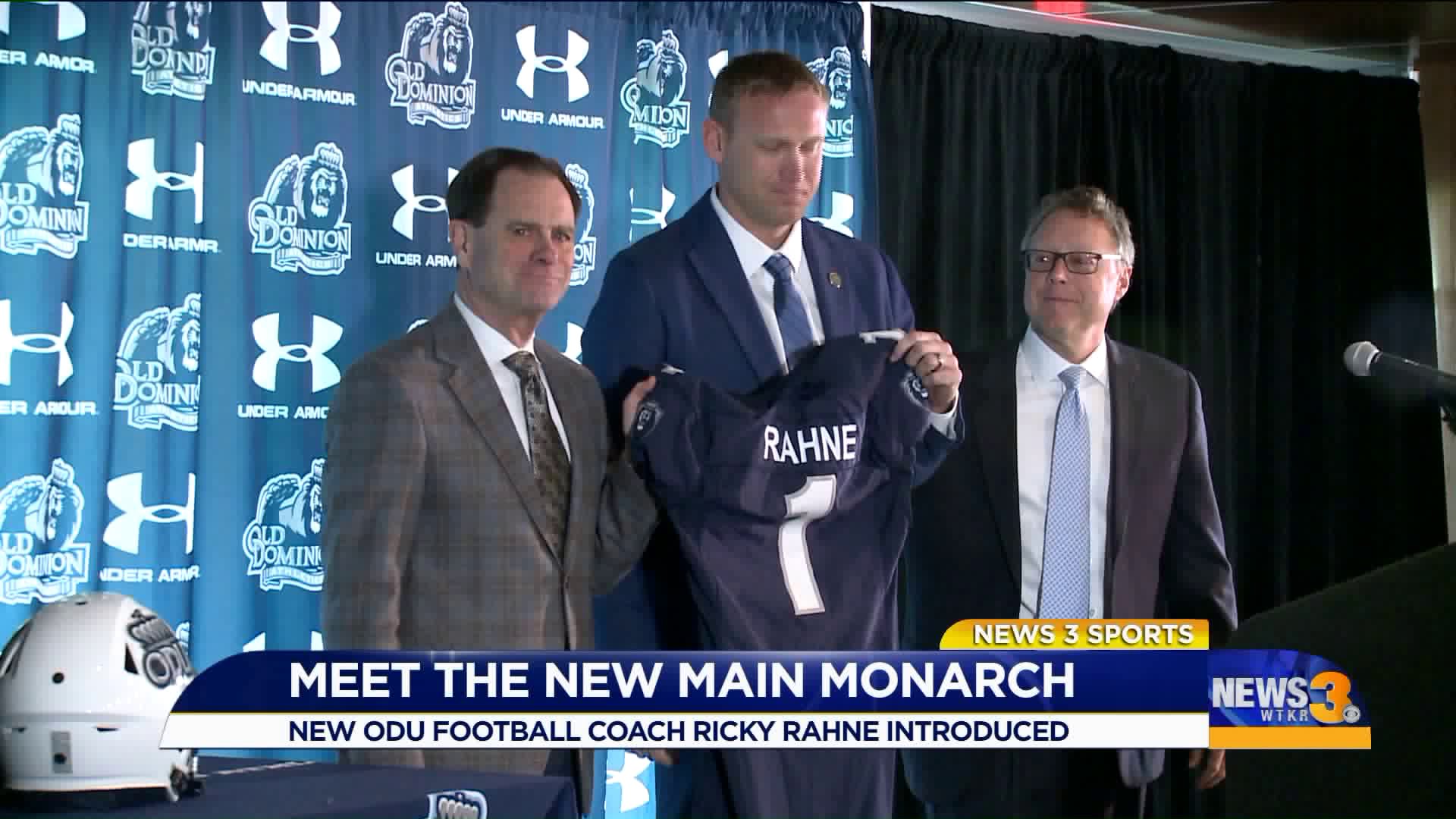 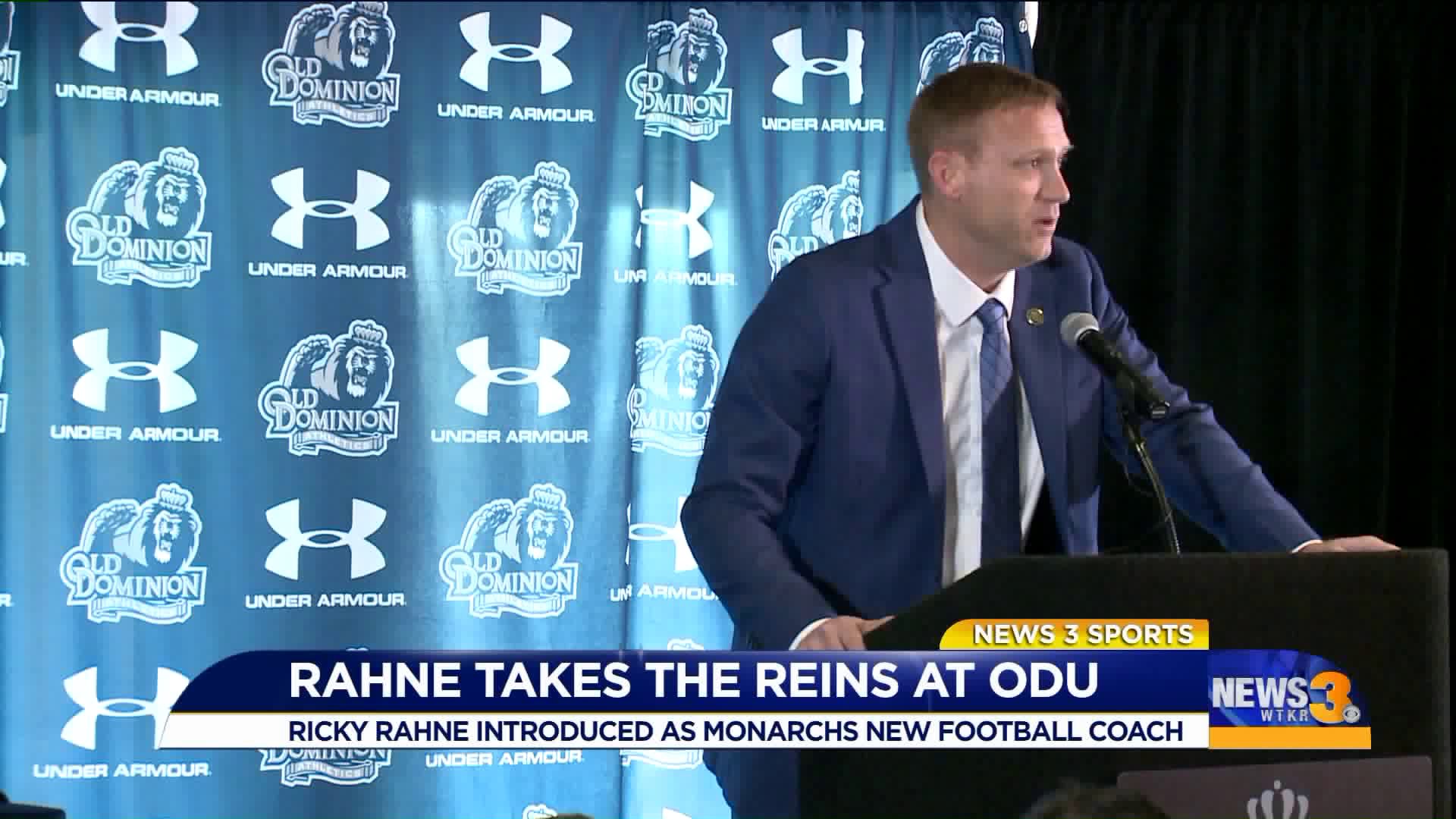 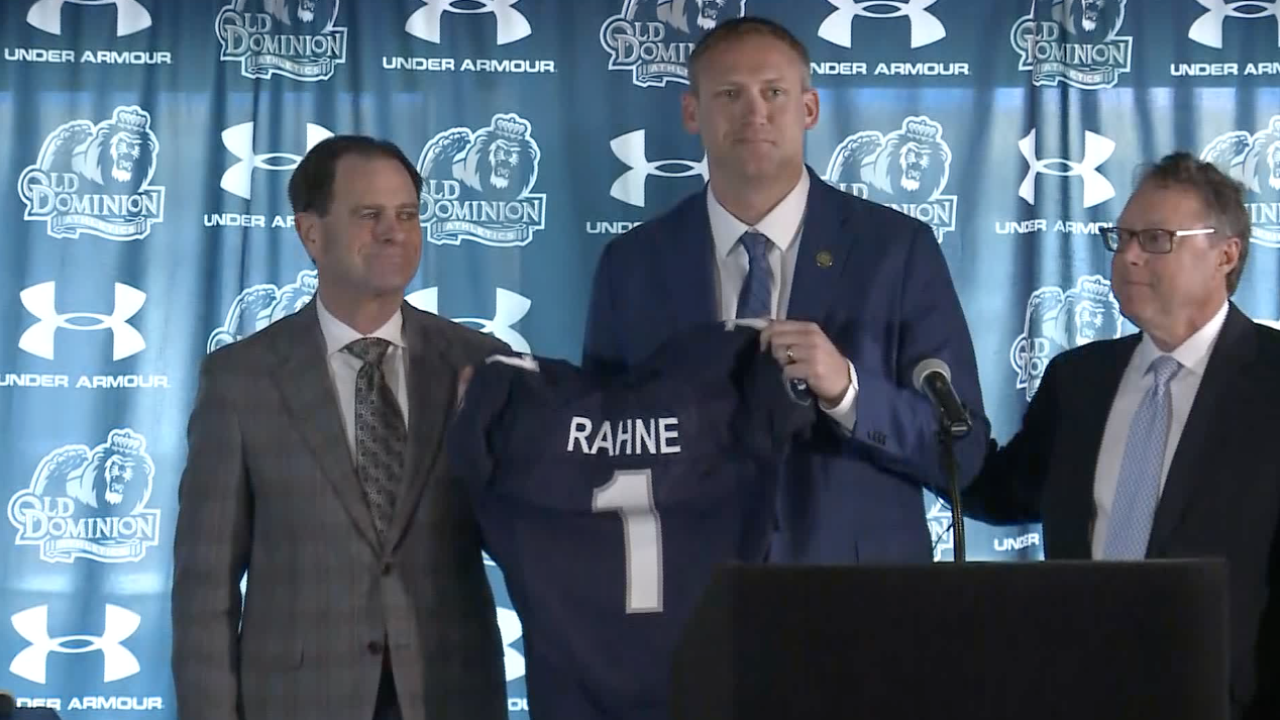 NORFOLK, Va. - Ricky Rahne, hired as Old Dominion University's new head football coach Monday, will not coach his first game at the Monarchs' S.B. Ballard Stadium until September 5, 2020. However, he had his first chance to impress fans inside ODU's new stadium Wednesday.

Rahne was officially introduced as the second head football coach in program history during an open-to-the-public in the Priority Automotive Club inside Kornblau Field at S.B. Ballard Stadium.

"This is a responsibility that I do not take lightly," Rahne said. "In my short time in Norfolk, I can already feel the passion that this fan base has for our program. Our team will work diligently each and every day to reward that faith and loyalty."

Rahne, who will earn $750,000/season on his five-year contract, spent the last six seasons as an offensive assistant at Penn State – including the past two years as offensive coordinator. For the past nine years, Rahne has developed an increasing national profile as a key component of Coach James Franklin’s staff at both Penn State and Vanderbilt. The coaching staff has guided those teams to bowl games in each of the nine years and have won nine or more games in six of the last eight seasons.

"I am happy to welcome Ricky Rahne to the Monarch community," ODU President John R. Broderick said upon hiring the former Penn State offensive coordinator. "We are fortunate to have him, and I look forward to the future. With his strong track record of building offensive success and turning around programs, he is the right person to lead our football team into 2020 and beyond."

"The elements for a successful football program are firmly in place," ODU Athletic Director Dr. Wood Selig said. "We have a new state-of-the art stadium. We have a comprehensive practice complex and training facility. We have a vibrant and diverse University. We have a rabid fan base hungry for a winner. And now we have a hard charging, energetic coach poised and positioned to help us reach our potential and transform ODU into the nationally prominent program we all aspire to embrace."