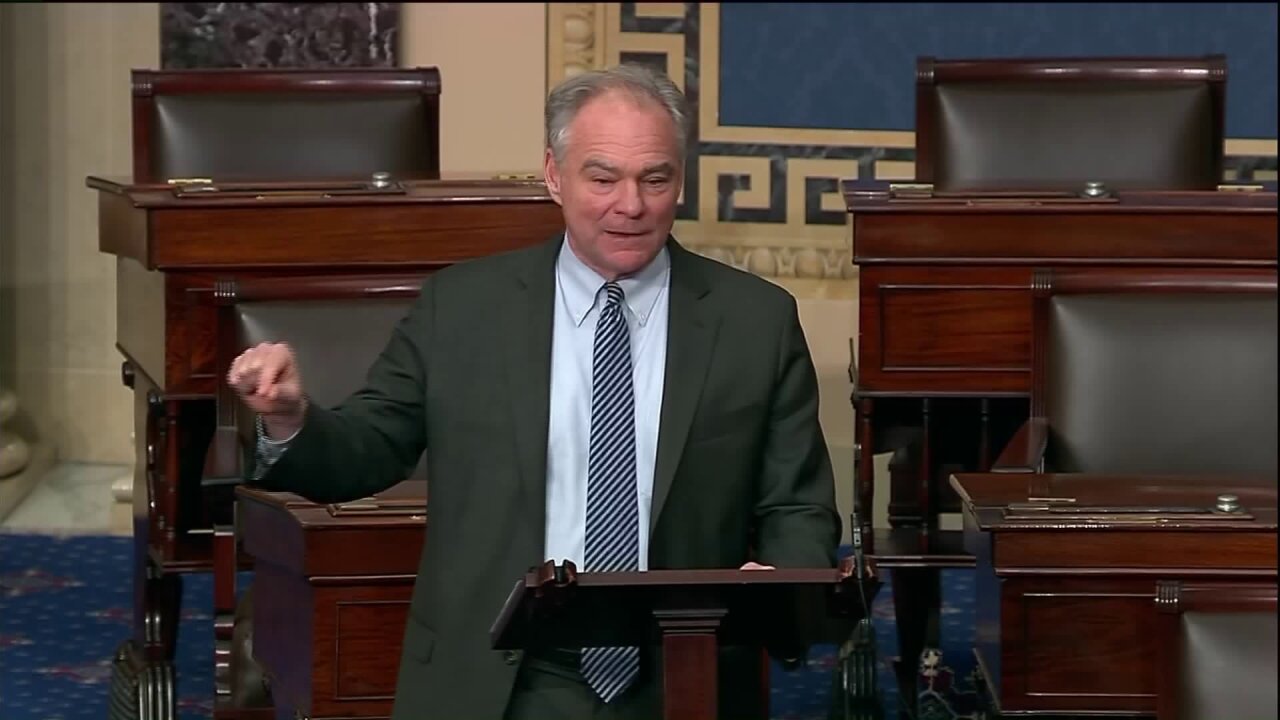 WASHINGTON - As tensions between the United States and Iran escalate, Virginia Senator Tim Kaine is once again pushing for passage of his war powers resolution in Congress.

Kaine delivered a speech on the Senate floor Monday afternoon, saying the risk of war with Iran has increased.

"Every member of Congress should vote, and then be accountable for the question of whether another war in the Middle East is a good idea," Kaine said.

"If we’re to order our troops and their families to run that risk, then it should be based on a public consensus - as reflected in an open congressional debate and vote - that war is in the national interest. By what right do we consign our troops to possible injury and death if we are unwilling to have a debate and cast a vote ourselves? We cannot hide under our desks, outsource our constitutional duty to any president and pretend that we can avoid accountability for war and its consequences,” he added.

For years, Kaine has pushed for greater congressional oversight over presidential use of military force.

"At this particular moment, with the specter of war so present, it is time for Congress to assert itself. Congress has the responsibility and Congress must act to shoulder its responsibility," he said during his speech.

In June, Kaine introduced a bipartisan amendment to the national defense bill to prohibit unconstitutional war with Iran.