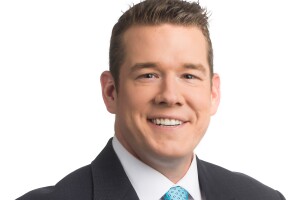 After six years with KEYE-TV in Austin, Texas, Adam began his tenure as News 3’s Sports Director in July 2016. The opportunity was not merely a chance for Winkler, an EMMY Award winning sports anchor and veteran of the industry, to advance his career – it presented him with the chance to play a leading role in the relaunch of WTKR’s sports department.

After his inaugural year in this role, Adam was voted Best Local Sportscaster in the Hampton Roads Sports Commission’s sports awards and also recognized by the Virginia Association of Broadcasters with the award for Best Sports Coverage.

Prior to his time in Austin, Winkler spent three years with KWTX-TV, the top-rated station in Waco. Before that, Adam worked as a Sports Anchor/Reporter for KNOE-TV in Monroe, LA.

His 2015 Lone Star EMMY Award for On-Camera Talent: Sports Anchor is one of nine career EMMY nominations for Adam. He’s also been honored with 17 Associated Press Broadcasters awards in Texas and Louisiana.

Throughout his career, Winkler’s award-winning coverage has featured everything from College World Series to competitive tree climbers, and everything in between (including Super Bowls XLVII, LI, LII and LIV, multiple Final Fours and the longest basketball game in Big 12 history). However, his memorable assignments are not limited to sports. Adam reported live from West, Texas on the morning of April 18, 2013 following the town’s deadly fertilizer plant explosion and also extensively covered the aftermath of Hurricane Katrina in 2005. Most recently, he assisted with WTKR's live coverage of the Virginia Beach mass shooting in May 2019.

Adam is a graduate of Southwestern University, where he helped the Pirates baseball team reach the conference title game four straight years and twice advance to the NCAA Division III championship. Adam and his wife Jess have a son (Connor) and daughter (Quinn).