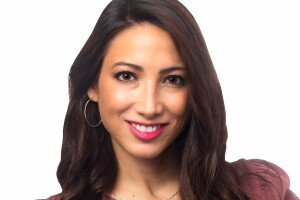 Antoinette “Annie” DelBel is a Western New York native, born and raised in Buffalo. Before joining the News 3 team in April 2020, Antoinette worked as a multimedia journalist at 13WHAM in Rochester, New York.

Prior to making the decision to jump back into television news in 2018, Antoinette served as a communications director for a New York State senator. For three years, she learned the ins and outs of the legislative process and worked on highlighting several complex and controversial issues, including gun laws, immigration issues and disparities in education, health care and infrastructure funding.

She began her broadcast career in 2011 as a Reporter/MMJ for Spectrum News in Buffalo (formerly Time Warner Cable News). An intrepid reporter, Antoinette covered Buffalo’s historic 2014 November snowstorm “Snowvember,” and several stories on Daredevil Nik Wallenda. For two years, she singlehandedly reported news across Niagara County out of the Niagara Falls newsroom.

Antoinette holds a master’s degree in Communications/TV Broadcasting from New York Institute of Technology. She earned her bachelor’s degree in English at Daemen College where she also served as a reporter and editor-in-chief at her college paper.

When she’s not working, Antoinette loves to travel, work out, read and spend time with family and her Yorkie Bella. An audacious personality, she also enjoys soaking up the sun at the beach and hitting the waves on her surfboard. Antoinette is thrilled to call Hampton Roads home.