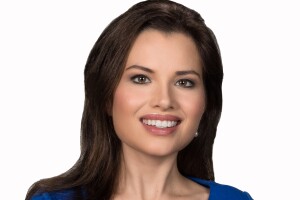 She also serves as the station’s “Taking Action Against Crime” reporter. As part of the weekly segment, Erica works with local law enforcement to profile wanted suspects. Police have captured more than 200 suspects featured on the segment.

Prior to joining the morning team, Erica was the station’s weekend anchor and contributed to shows throughout the week as a general assignment reporter. She was one of the first reporters on the scene when a Navy jet crashed into an apartment complex in Virginia Beach and provided extensive coverage when deadly tornadoes caused widespread damage to communities in North Carolina and Virginia. One of her reports focusing on new technology being developed for the military was recognized with a regional Emmy nomination.

Erica began working at News 3 in October 2010. She returned to her hometown of Virginia Beach after spending three years at WVVA in Bluefield, WV. She started at WVVA as anchor and producer for the 10 p.m. newscast on the CW. She quickly moved up to become the station’s main anchor, anchoring the 5, 6 and 11 p.m. newscasts. She also served as host for the station’s weekly community events show, In Focus, and did weekly segments on wanted fugitives called All Points Bulletin.

Some of the notable stories she covered during her time there include a mining explosion in West Virginia that claimed 29 lives. She was on the scene providing live updates the day after the explosion as rescue workers searched for four missing miners and provided breaking news updates on the anchor desk throughout the week as the search continued. She was also granted a one-on-one interview with Secretary of State Hillary Clinton as she campaigned for president.

Her work with law enforcement over the years inspired her to volunteer with area Crime Line/Crime Solvers programs. She currently serves on the Board of Directors for the Greater Hampton Roads Regional Crime Lines as well as the Virginia Crime Stoppers Association.

Erica earned a Bachelor of Arts Degree from Virginia Tech where she majored in communication and political science.

As part of a military family, Erica grew up all over but moved to Virginia Beach in high school where she graduated from Cox. She now resides in Virginia Beach with her husband and son.