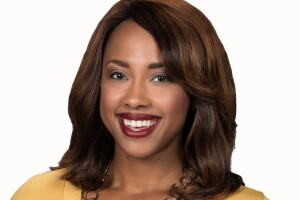 She enjoys sharing her mornings with you on News 3 This Morning and WGNT News.

Her groundbreaking investigations into Hampton Roads cold case abductions, criminal dentists, and sharing her personal weight loss journey have marked Jessica’s time at the Norfolk CBS affiliate. She was featured on the February 2016 cover of Woman’s Day Magazine’s heart-health issue for her 100-pound weight loss journey.

Before her journey in journalism led to Hampton Roads, Jessica spent nearly three years covering breaking news and investigating law enforcement and government in Jackson, Mississippi. Jessica’s groundbreaking investigations into missing fire hydrants and her special reports on the shooting of little Sanaa Hill were recognized by the Mississippi Associated Press.

A New Orleans native, Jessica is a proud member of the Who Dat Nation as she cheers on the World Champion New Orleans Saints from hundreds of miles from home (“Who dat said they gon’ beat ‘dem Saints?!”).

One of Jessica’s favorite quotes is “Stories are remembered only if you tell them well”. She looks forward to sharing memorable stories with News 3 viewers for years to come.