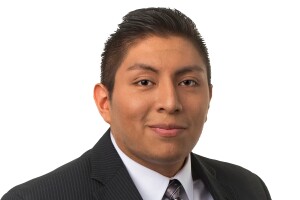 Julio Avila joined the News 3 team as a reporter in August 2019 from Elmira, New York. There, he was a reporter, weekend anchor, and fill-in producer at WETM-TV, the NBC-affiliate covering the Twin Tiers region of New York and Pennsylvania.

Julio has covered stories and topics ranging from politics to health and features, among other issues and topics. Some stories he covered included the local impact of potential food stamp funding cuts during a government shut down, the City of Elmira approving a 17 percent property tax hike and a local Sailor chosen to represent the Navy during the national anthem at Super Bowl 53.

Julio was born and raised on Long Island, New York. He went to school and studied journalism at Stony Brook University. He appreciates journalism because he is able to learn the personal stories of many people and learn about many different subjects on a local, national, and international level. While at SBU, Julio anchored the school’s New York Primaries live show and traveled to Cuba to report on the changing media landscape there and the influence Venezuela may have had on the island nation as relations between the U.S. and Cuba thawed.

This is Julio’s first time moving south of the Mason-Dixon line (and out of New York), but he is looking forward to learning all there is about the Hampton Roads region and meeting, talking, and sharing its peoples’ stories. If you see Julio out in public, feel free to say hello. If you have a story idea, or suggestions as to places Julio should check out, or eat (he likes trying different foods), reach out to him at julio.avila@wtkr.com or on social media.