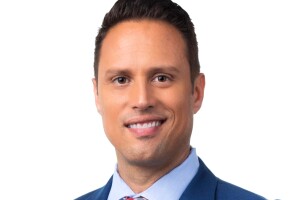 Ted grew up in Cape May, New Jersey. His broadcasting career started there, nearly 25 years ago, as a radio announcer (while still in high school!) He also studied communications broadcasting/television production at Cape May County Technical Institute in New Jersey.

Ted’s radio career was full and variant – starting as an intern at 16 years old, he quickly climbed the ladder to a night time disc jockey by 17. At 19 years old, he was hired at WZBZ “The Buzz” in Atlantic City, New Jersey, as the station’s programming/music manager and afternoon announcer.

In 2003, Ted’s radio career brought him to WBZE-Star 98, Tallahassee, FL. While at WBZE, he earned an award for excellence in drive time ratings. Later, while living in Florida, Ted’s broadcasting career made a turn to television, reporting traffic for News 13, Orlando and, later, WESH 2 News/CW-18.

Outside of his on-air shifts, Ted is a huge adventurer and nature lover – quite often exploring Virginia’s best hiking trails and beaches. Ted also has a very unusual hobby of collecting trolls. Yes, the hysterically ugly goblin figures/dolls/toys with huge hair. Through sales, restoration services and trading, Ted has made friends across the globe within the niche troll collecting “network.”