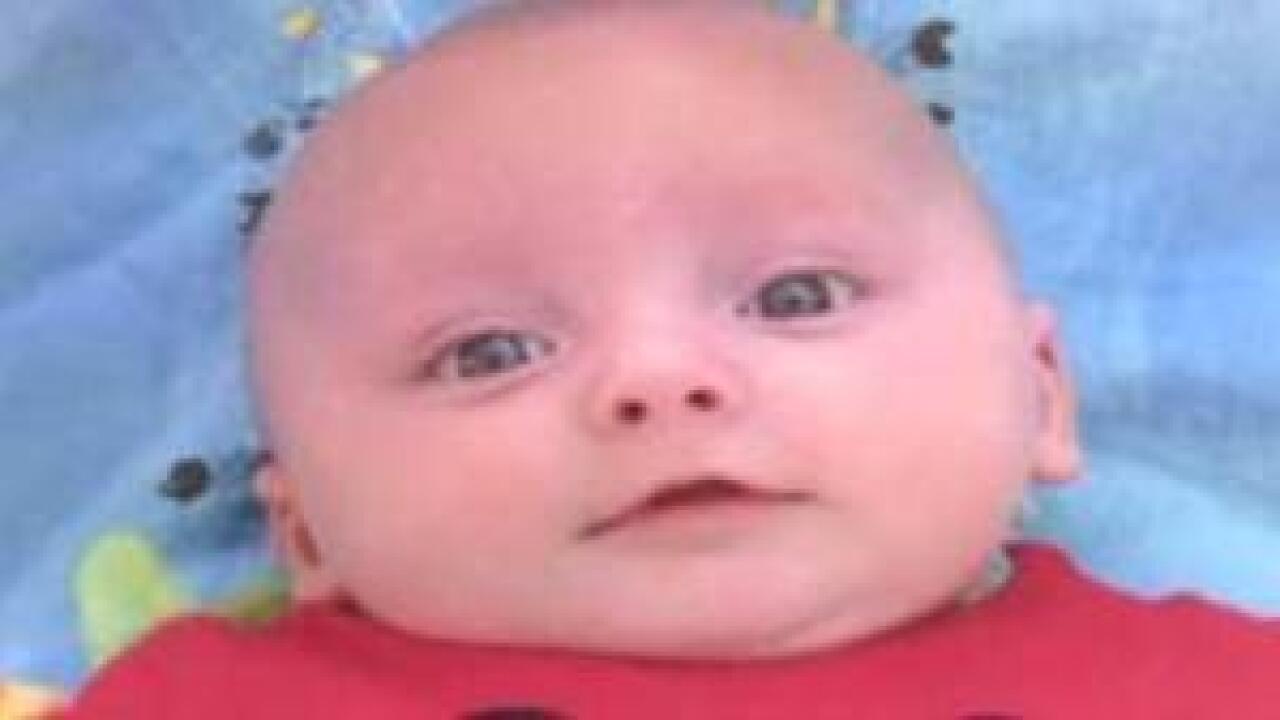 If pictures speak a thousand words, the one we showed Sarah FitzPatrick tells this story.

"Does it look like the same baby to you?" we asked.

Braxton Michael Taylor was a happy child the FitzPatricks fostered from birth until 7 months, when he was transferred to another family. But after just a few weeks with the new foster parents, Braxton changed.

"We`re just in complete shock that this happened. That no one stepped in, no one " Sarash says.

NewsChannel 3's investigation reveals social workers had at least two chances to save Braxton, but didn't. These pictures - pictures Virginia Beach doesn't want you to see - were snapped inside the city's Human Services building with social workers in the room. Braxton's head is bruised, his lips split, his eyes confused and distant. He was supposed to be gaining weight, instead he was shedding it. But still he went home with Ganiere.

"How do you explain that?" we asked.

"I can't explain that. It is beyond incompetent," the FitzPatricks say.

And according to the Fitzpatricks, a social worker again visited Ganiere's home just before Braxton's death. She photographed the baby, and left.

Braxton's grandparents and his first foster parents figured at the murder trial, they would finally learn how social workers saw all these injuries, yet did nothing to save the baby. That way there would be some accountability, and maybe some changes in a system they believe failed this child. But Kathleen Ganiere pleaded guilty. That meant no trial, and for social services, no scrutiny.

"They are just carrying on about life as if nothing happened," they say.

"People keep talking about somebody dropped the ball. They didn`t drop a ball. They dropped a baby," says Mr. Braxton.

So how why didn't social workers spot this abuse and save him? Virginia Beach doesn't want you to know.

The city says the entire police file, a half-inch thick, is secret.

We tracked down Robert Morin, director of Human Services, not far from his office.

"Your staff had contact with Braxton, who had bruises, split lips, and in fact, this picture was taken in your facility. That's Braxton. He's bruised, his lips are cut. That's in your building,"

He confirmed with the FitzPatricks feared. He said his staff was not to blame so nothing has changed.

"We didn't have any internal investigations. We found our staff had done everything appropriately," he says.

"There were many red flags she should have picked up on," says Sarah.

"Shouldn't there have been alarm bells ringing somewhere? Among your staff?" we asked.

"We have to take what the foster parent is telling us, especially if we don't have any other kind of reason to disbelieve, and we move from that point on. But no staff has been disciplined because of the event," he says

Court records show Ganiere was telling them Braxton fell down. A lot. Social workers gave her the benefit of the doubt, and that was a fatal mistake.

"There is no doubt that something went terribly wrong. Why was there no internal investigation?" we asked.

"I guess it is your interpretation that something went wrong," Morin replied.

"There was no wrongdoing on our part," says Morin.

His lips were torn so badly the doctor wrote "extensive" and "severe." He had bruises everywhere, on his ears, right arm, right calf, and on both thighs. His scrotum was crushed and he had severe diaper rash.

Morin said after Braxton's death, he reminded social-services workers to check all children from head to toe. But that's as far as it went.

"Braxton's life has to be worth more. His death needs to be the reason why things change," say the FitzPatricks. "It's a child's life, and it will be another. It could so easily be another if things don't change."