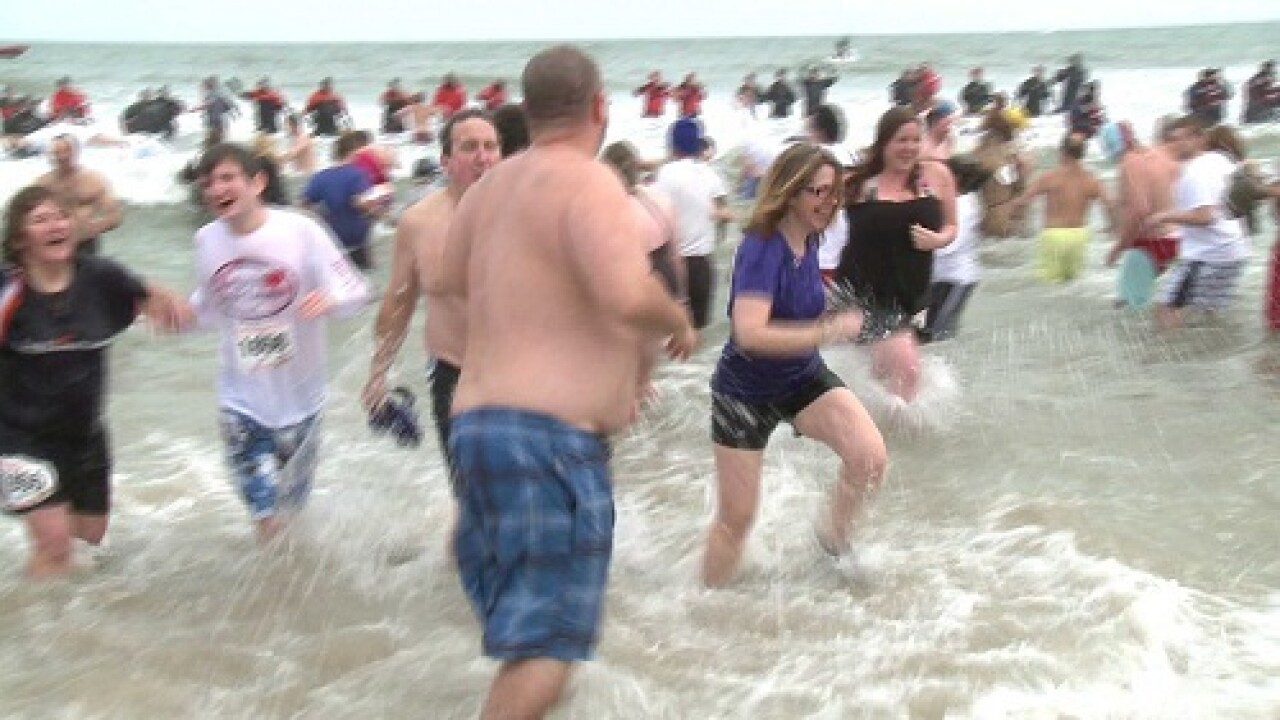 Thousands of people are taking action and getting results for Special Olympics of Virginia. News Channel 3 is proud to sponsor the Polar Plunge at the Virginia Beach Oceanfront, where folks got dressed up in their best costumes to take an icy dip in the Atlantic Saturday afternoon.

It was a race to get in the water, where it was chilly!

The water temperature was about 48 degrees.

A few people from Team 3 took the plunge including Kurt Williams, Mike Mather and Erica Greenway.

It’s a fun event, but of course, the real reason we all take the plunge – for Special Olympics.

“I do the Polar Plunge in honor of my cousin who used to participate in the Special Olympics, so I do this for him,” said MiaLynn Didomenico.

Everyone who plunged raised at least 100 dollars.

“We raise money so athletes can have year round events, everything from swimming to bowling,” said volunteer Andy Mooney.

“It’s all about the kids. It’s all about Special Olympics, it’s about making something special for them,” said one polar plunger.