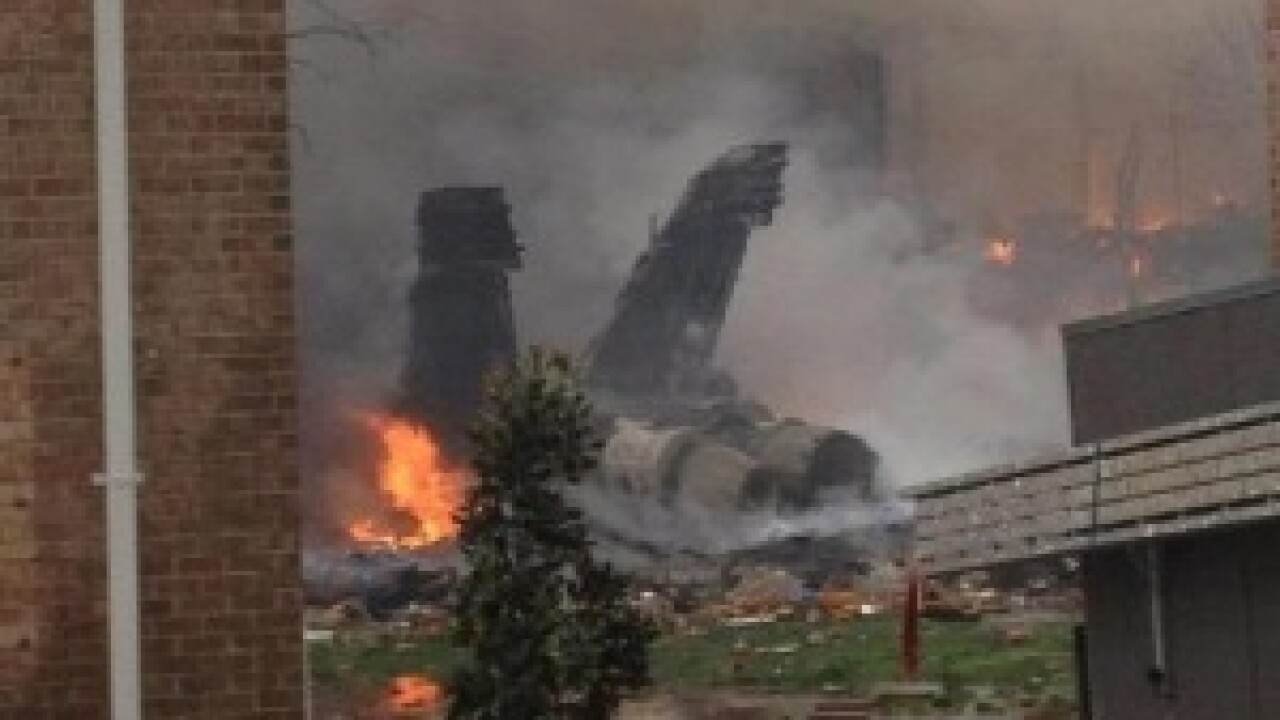 An F/A 18D Navy jet assigned to Strike Fighter Squadron (VFA) 106 has crashed into an apartment building in Virginia Beach on Birdneck Road. Two pilots have been transported to the hospital. There has been no word on injuries according to Tim Riley of the Virginia Beach Police Department. He stated that the two pilots ejected from the jet.

It has been confirmed that the jet is a Delta two-seat model. There has been a significant amount of damage done to an apartment building.

Initial reports indicate that at approximately 12:05 p.m., the jet crashed just after takeoff at a location just off of the base.

The interstate is now shut down on Laskin Road through Birdneck in both directions.

Another person has also been transported to the hospital suffering from smoke inhalation.

VFA-106 is based at Naval Air Station Oceana, and serves as the East Coast Fleet Replacement Squadron. Their mission is to train Navy and Marine Corps F/A-18 Replacement Pilots and Weapon Systems Officers (WSOs) to support fleet commitments.

The Navy is coordinating with local authorities.

NewsChannel 3 is working to gather more information. We will post more as it becomes available.

“We are taking all possible steps at the state level to provide immediate resources and assistance to those impacted by the crash of an F-18 fighter jet in Virginia Beach. In the past half hour I have spoken to Virginia Beach Mayor Will Sessoms several times and informed him that all Commonwealth resources are available to him as the community responds to this breaking situation. We are monitoring events carefully as they unfold and State Police resources are now on the scene. Our fervent prayer is that no one was injured or killed in this accident.”

“My office has been informed of the jet crash in Virginia Beach today. While information is still developing, my thoughts and prayers are with all those impacted. I will work closely with Congressman Rigell to assist in any way possible.”