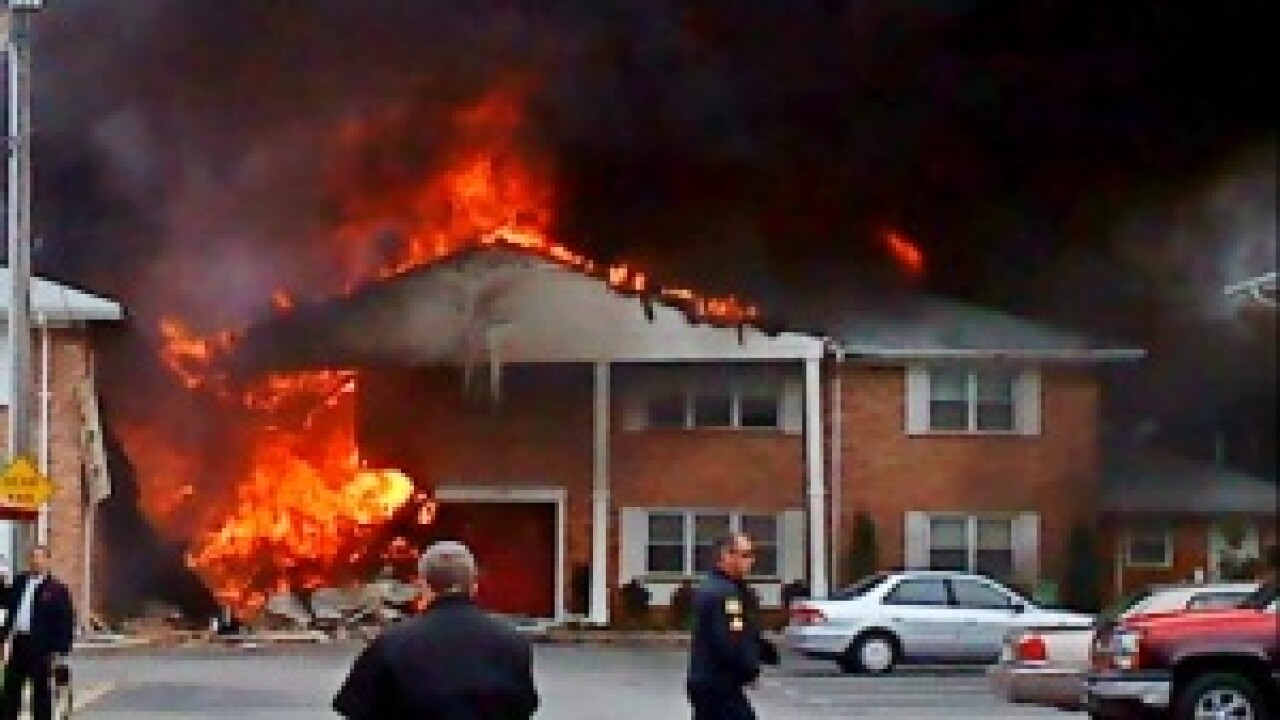 UPDATE: As of this morning, the three people missing after yesterday’s crash have been accounted for. Authorities want to search underneath the jet’s wreckage before giving an “all clear.”

UPDATE: The Navy’s meeting for residents affected by the crash has been moved to the Virginia Beach Law Enforcement Training Academy located at 411 Integrity Way at 2:30 p.m.

UPDATE: Crews say that they have conducted 95 percent of their secondary search and no fatalities have been reported. Only 3 people are unaccounted for.

As of Friday 10pm, Red Cross disaster relief teams have met with families and are providing lodging and other emergency assistance to 23 people affected by the accident. Starting Saturday AM, Red Cross disaster volunteers will be available in the area to provide follow-on assistance as needed including disaster mental health services.

Any additional people affected by the accident needing emergency assistance should call the Red Cross at 757.536.9859

The Navy will have personnel at the Quality Inn on 21st Street in Virginia Beach tomorrow at 2:30 to provide claims forms for personal injury or property damage resulting from today’s aircraft accident.

The claims form is also available on line at http://www.jag.navy.mil/organization/documents/SF95081309a.pdf

Once completed, the claims form must be submitted to:

A fleet replacement pilot training on a new aircraft and an experienced instructor pilot were forced to eject when their aircraft suffered a catastrophic mechanical malfunction shortly after takeoff.

Both pilots were treated for minor injuries, but they are doing well.

As a result of today’s mishap NAS Oceana shut down flight operations.

The U.S. Navy will conduct limited flight operations tomorrow morning at NAS Oceana at approximately 9:00 a.m. to recover eight jets that diverted to NAS Chambers Field, Norfolk, Va., as a result of today’s mishap and to launch eight aircraft that need to depart from NAS Oceana for other destinations.

After these operations are completed, NAS Oceana will shut down for the remainder of the weekend and begin flight operations again as scheduled on Monday morning.

Six of the seven patients from the jet crash have been released from Sentara Virginia Beach General Hospital except for one member of the air crew.

The latest patient, an EMS volunteer, was checked into the emergency department at 4:00PM EDT with knee pain related to working at the scene of the crash.

The Virginia Beach Animal Care and Adoption Center will be staffed all night tonight for residents evacuated due to the jet crash who need to drop off their pets. If possible, please provide a photo ID, emergency contact number, and any available health information for your pet. The Animal Care and Adoption Center will shelter these pets through Sunday, April 8 at 3 p.m. Call (757) 385-4444 (select option 2) for more information.

Six patients including the two pilots have been admitted to the hospital. One has already been released. Among those admitted was a police officer. One person had smoke inhalation. Officials say one of the pilots is in good condition and the other is in fair condition. One or two people may be kept for observation. No one has been reported missing.

No fatalities have been reported.

Five buildings have been damaged according to Tim Riley of the Virginia Beach Fire Department. He also stated that three other buildings were structurally unsound and they could not enter for safety reasons. They were able to search two of the buildings.

There have been seven reported injuries. Three people refused treatment at the scene and four were transported with non-life threatening injuries.

If you would like to report someone missing, please call 311.

If anyone sees debris from the scene, please do not touch it.

The American Red Cross, in coordination with local emergency management, is responding to the crash in Virginia Beach with disaster relief teams en route to assist affected residents.

Crews are advising residents in the area to close their windows and to stay away from the area because of air quality concerns caused by the jet fuel.

According to Dale Gauding, Corporate Communications Consultant at Sentara Healthcare, around five civilians were admitted to the hospital.

An F/A 18D Navy jet assigned to Strike Fighter Squadron (VFA) 106 has crashed into an apartment building in Virginia Beach on Birdneck Road. Two pilots have been transported to the hospital. There has been no word on injuries according to Tim Riley of the Virginia Beach Police Department. He stated that the two pilots ejected from the jet.

It has been confirmed that the jet is a Delta two-seat model. There has been a significant amount of damage done to an apartment building.

Initial reports indicate that at approximately 12:05 p.m., the jet crashed just after takeoff at a location just off of the base.

The interstate is now shut down on Laskin Road through Birdneck in both directions.

Another person has also been transported to the hospital suffering from smoke inhalation.

VFA-106 is based at Naval Air Station Oceana, and serves as the East Coast Fleet Replacement Squadron. Their mission is to train Navy and Marine Corps F/A-18 Replacement Pilots and Weapon Systems Officers (WSOs) to support fleet commitments.

The Navy is coordinating with local authorities.

Five buildings have been damaged.

NewsChannel 3 is working to gather more information. We will post more as it becomes available.

Governor Bob McDonnell issued the following statement this afternoon following news of the crash of an F/A-18D fighter jet in the Birdneck Road area of Virginia Beach.

“We are taking all possible steps at the state level to provide immediate resources and assistance to those impacted by the crash of an F-18 fighter jet in Virginia Beach. In the past half hour I have spoken to Virginia Beach Mayor Will Sessoms several times and informed him that all Commonwealth resources are available to him as the community responds to this breaking situation. We are monitoring events carefully as they unfold and State Police resources are now on the scene. Our fervent prayer is that no one was injured or killed in this accident.”

“My office has been informed of the jet crash in Virginia Beach today. While information is still developing, my thoughts and prayers are with all those impacted. I will work closely with Congressman Rigell to assist in any way possible.”

My thoughts and prayers are with our citizens and families who have been impacted by the tragic crash today in Virginia Beach by an aircraft from NAS Oceana.

I deeply regret that some in our community have lost their homes, and I, like many, pray for the well-being of all.

I must also offer my deepest gratitude to the citizens of Virginia Beach and the Mayfair Mews Apartments, as well as Virginia Beach’s first responders, for their immediate and heroic response to take care of our aircrew after they ejected and all at the scene of the mishap.

I have spoken with Mayor Sessoms, and all the resources of the Navy in Hampton Roads are being made available to the City of Virginia Beach as we all deal with the impacts and recovery from this terrible mishap.

We will continue to work directly with the City of Virginia Beach and continue to provide all possible assistance.

We will conduct a complete investigation into the cause of this mishap and share all information we have as soon as we are able to do so.

“All of us are grateful for the quick and effective efforts of Virginia Beach emergency personnel to assist dozens of residents who sustained damage or loss.

“What is truly remarkable are the multiple stories of neighbors and bystanders who sprang into action immediately, without regard to their own safety, to assist our military pilots and help our first responders. Virginians have a proud tradition of strong support for our military, and the men and women who serve in Hampton Roads are our neighbors, friends and family members.

“By all accounts, this flight crew took extraordinary action in an effort to minimize casualties on the ground, and all of us are grateful for that. I expect this accident will be thoroughly investigated by Navy officials, and I will continue to monitor events as they develop.”