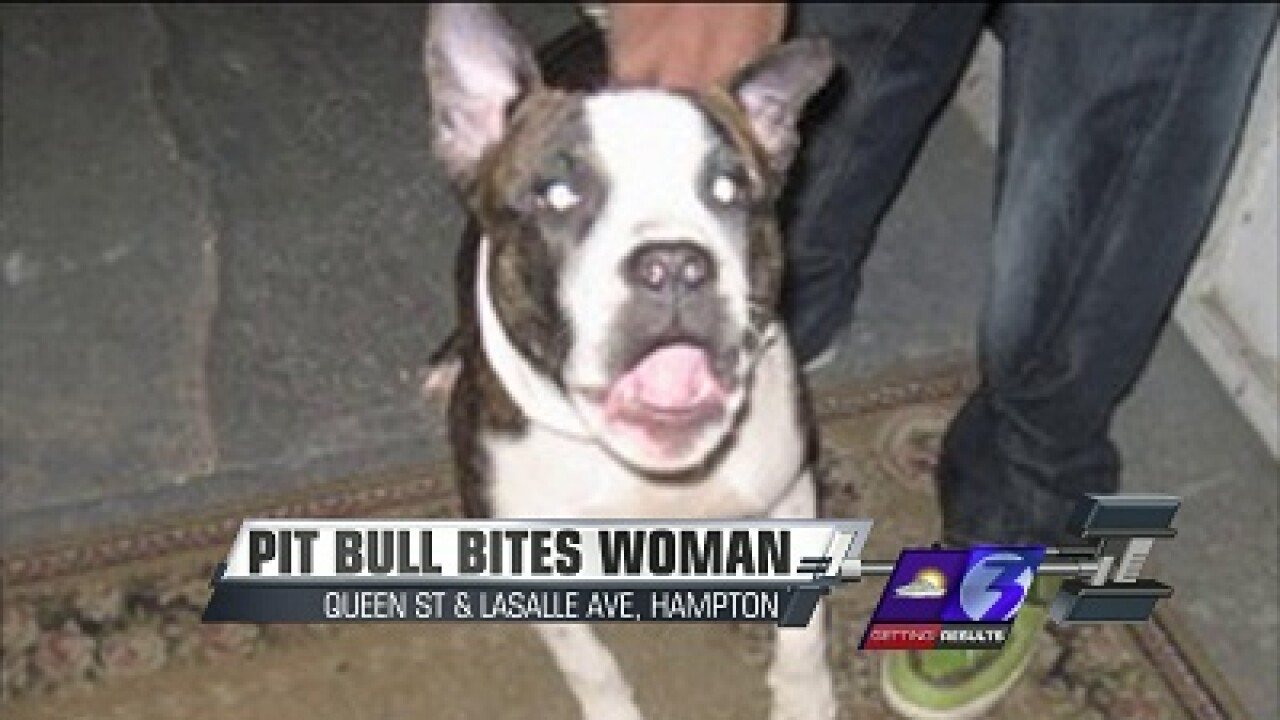 In Hampton, police are searching for a dog that attacked a woman on Sunday.

Animal control believes that a 4-year-old male pit bull attacked a woman as she walked near Queen Street and LaSalle Avenue.

The woman managed to get away with just a gash on her leg.

She is expected to be OK.

Police say a woman tried to pull the dogs off the kids and was bitten in the area.

And the pet-sitter was also bitten in the leg trying to help one of the kids.

All three dogs are in animal control custody.