Five homes have been destroyed in Chesapeake after crews responded to a 4-alarm fire in the 600 block of Sweet Leaf Place.

Firefighters say calls came in for a structure fire and when they arrived, they found two single-family homes were showing heavy fire.

While crews were working on those two homes, the fire spread because of the wind. Crews say the middle home is where the fire started.

There were a total of 65 firefighters on the scene.

Crews say there have been no injuries reported. One firefighter was treated for minor injuries.

Crews do not know the cause of the fire yet.

They have already talked to a few of the homeowners.

NewsChannel 3 will post more updates as they become available. 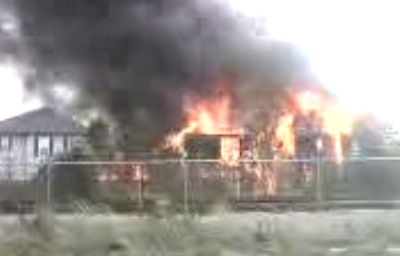