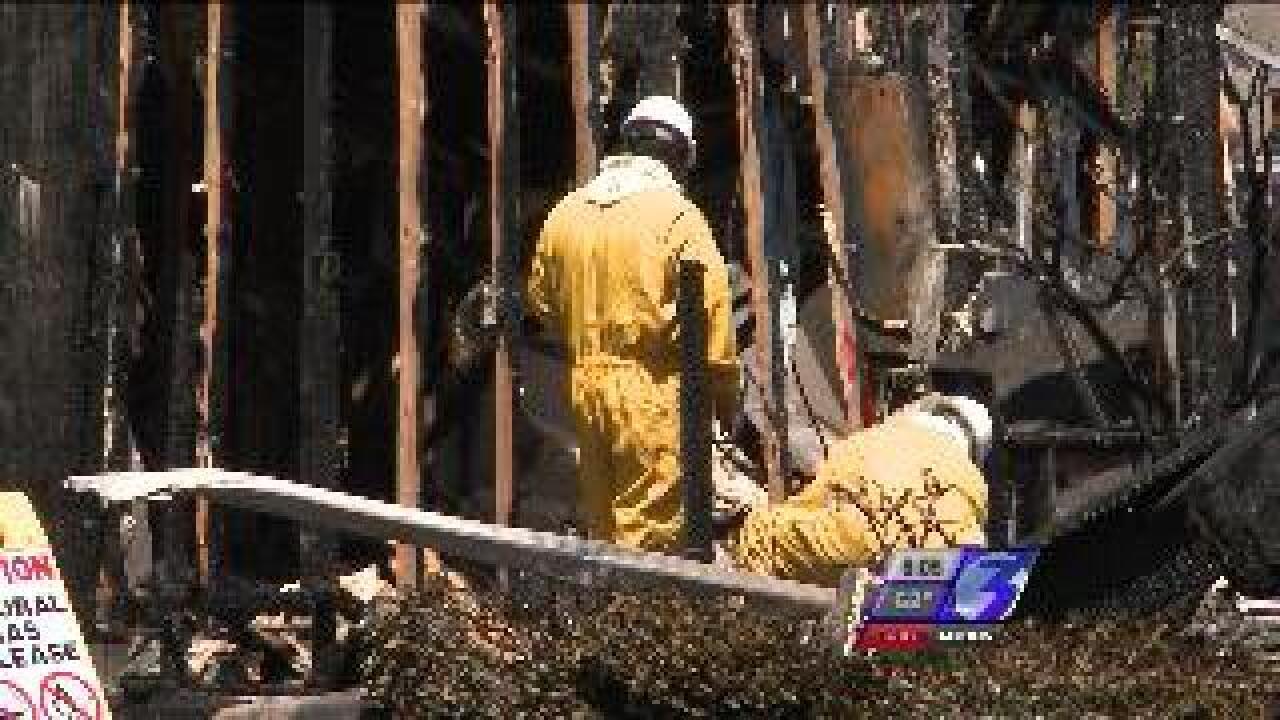 In the wake of fierce flames that spread like lightening through five homes on Sweet Leaf Place in Chesapeake, neighbors are soured by the sight of what's left of their homes.

"Blessed is the right word to use for sure," said Doug Stumpf, who told NewsChannel 3 his blessing came in the form of bricks on his home. They acted almost like a fire wall by stopping the flames from ravaging his home like the one next door.

"It's in one piece with the brick but with siding it would have been gone, we would have lost it for sure," Stumpf said.

As the dust settles around Stumpf and his neighbors’ homes, they're learning something unsettling after the fire spread so quickly among the homes Thursday evening.

"The scary thing is we're finding out there's no fire walls," said Wendy Morse.  "They [the homes] went up like a match."

The homes scorched by Thursday's fire, developed by the Dragas Company, do not have fire walls and are not required to build them into homes.

According to state building codes that are in line with the Internation Residential Codes, homes that are more than five feet apart are not required to have fire walls.

Chesapeake zoning codes requires homes like those on Sweet Leaf Place to be at least 15 feet apart.

Still, the lack of firewalls has neighbors like Morse concerned.

"They should [have fire walls]," Morse said.