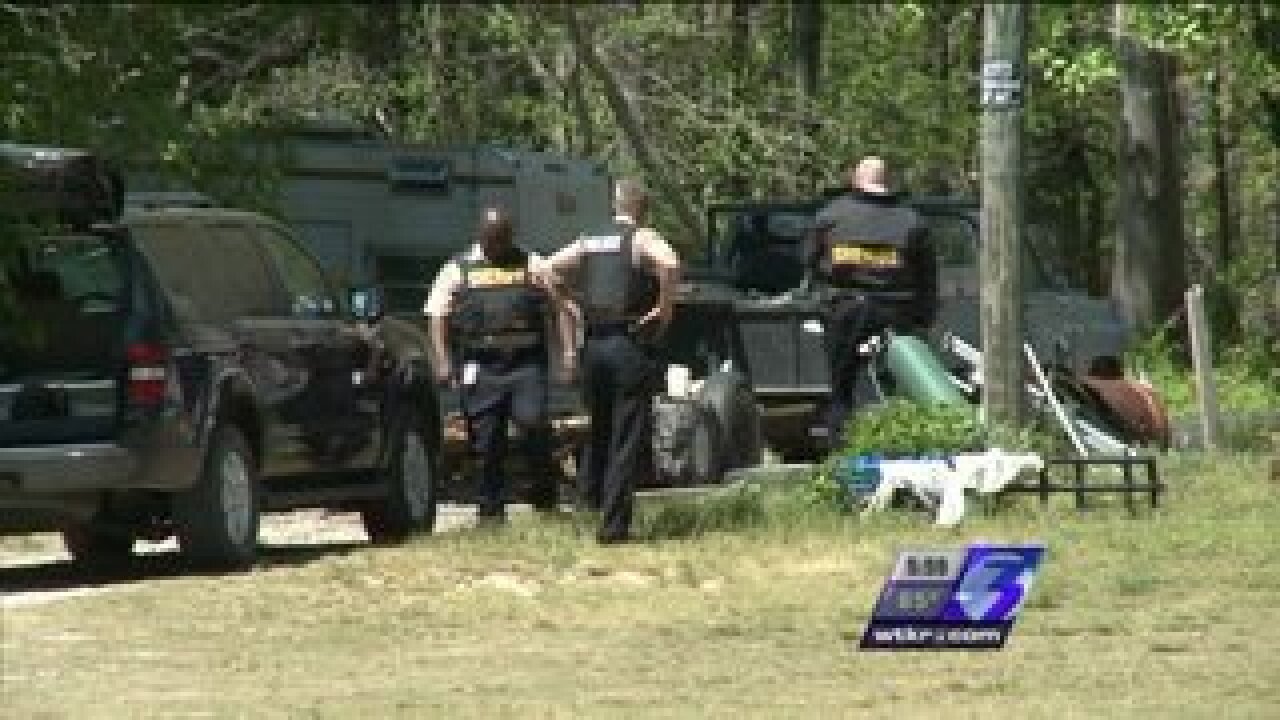 Stolen cars were driven through buildings and then set on fire. A crime spree in Isle of Wight CountyMonday morning left a 30-mile radius of destruction around the city of Smithfield.

"There were a whole lot of individual events, and we are connecting the dots as we speak," said Captain Rick Gaddis, Chief of Investigations with the Isle of Wight Sheriff's Office.

Sheriff's deputies say it all started with a police chase before the sun came up at 3:30 a.m. in Downtown Smithfield. Both suspects bailed out of the car and then, it was mayhem after that.

The first report came in 4:11 a.m. over three miles away on Scotts Factory Road for two vans set on fire at Sandy Mount Baptist Church.

One block over, the vandals tried to set another car on fire before deciding to steal a 2002 white Dodge van.

"It was very hectic to say the least," said Captain Gaddis.

But that was only the beginning. An alarm call came in at 5:25 a.m. nine miles away at Mill Swamp Baptist Church.

Tire tracks and skid marks show the path the van took, first crashing into a church bus and pushing it forward several feet before backing up and barreling through the gym doors straight through the other side.

“I think they are demon possessed, have no respect for property or people either,” said T.G. Nelson, a trustee at Mill Swamp Baptist Church.

At 5:40 a.m., someone crashed into the side of Pon's Store down the road from the church, leaving a big dent in their wall. Then at 5:42 a.m., the white dodge van was found burning in a yard about a mile away on Mill Swamp Road. Then, a parked car was hit on Hall Town Road. At 6:46 a.m., another hit and run was reported on Raynor Road. Finally, between 6:25 a.m. and 7:30 a.m., five mailboxes were mowed over between Raynor and Cornet Roads. It was a trail of destruction left all around the outskirts of Smithfield.

After hours of investigation, sheriff's deputies managed to identify a suspect for the first high-speed chase.

When they went to look for the juvenile at a location on Mill Swamp Road right in the middle of all the action, cop cars swarmed but found nothing.

So many crimes and still no one is behind bars.