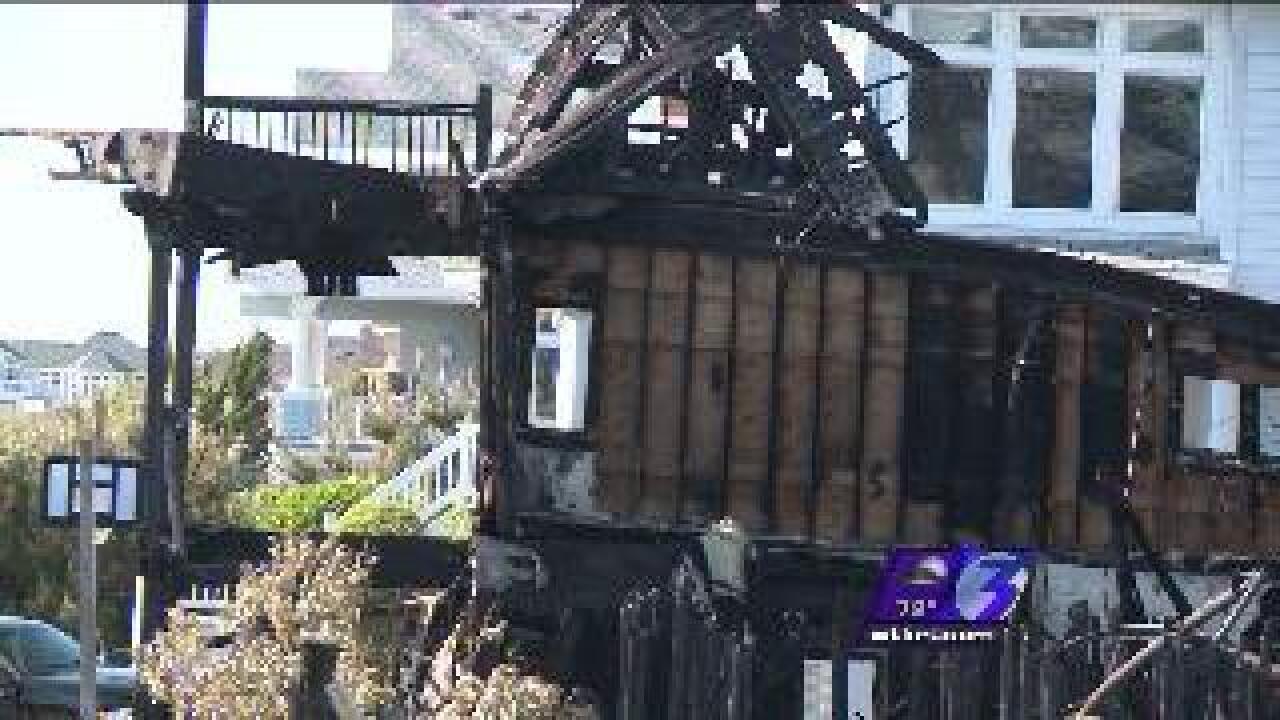 It was a fire that burned so quickly that victims didn't even have time to start their engines to escape.  The charred cars were just a tiny glimpse of the damage done to three Corolla rental homes.

Eighteen people were inside when the beach paradise on Cottage Cove Road went up in flames. The winds were so strong Saturday night that those flames spread quickly to two neighboring homes. Crews from 11 departments battled the fire all night long, desperately trying to get it under control before it spread to nearby homes.  Fortunately, everyone was able to get out alive.

Today, Amy Markovich took pictures of the home she and her family rented two years in a row.

"Its very scary to even think that could happen while on vacation," says Markovich.

She says luckily this year, they chose to spend their vacation at a home a couple of miles away. She stopped by to see the devastation with her own eyes.

"Its sad. It was a nice house. It was a beautiful house," says Markovich.

For Markovich, it's hard to believe a house where she spent two years making memories could be destroyed so quickly.

Firefighters are still investigating what started that fire.

The rental company did put the victims up at the nearby Hampton Inn.  They checked out Monday morning and headed back home to Upstate New York.