Report: No one wore a seat belt in fatal Suffolk crash 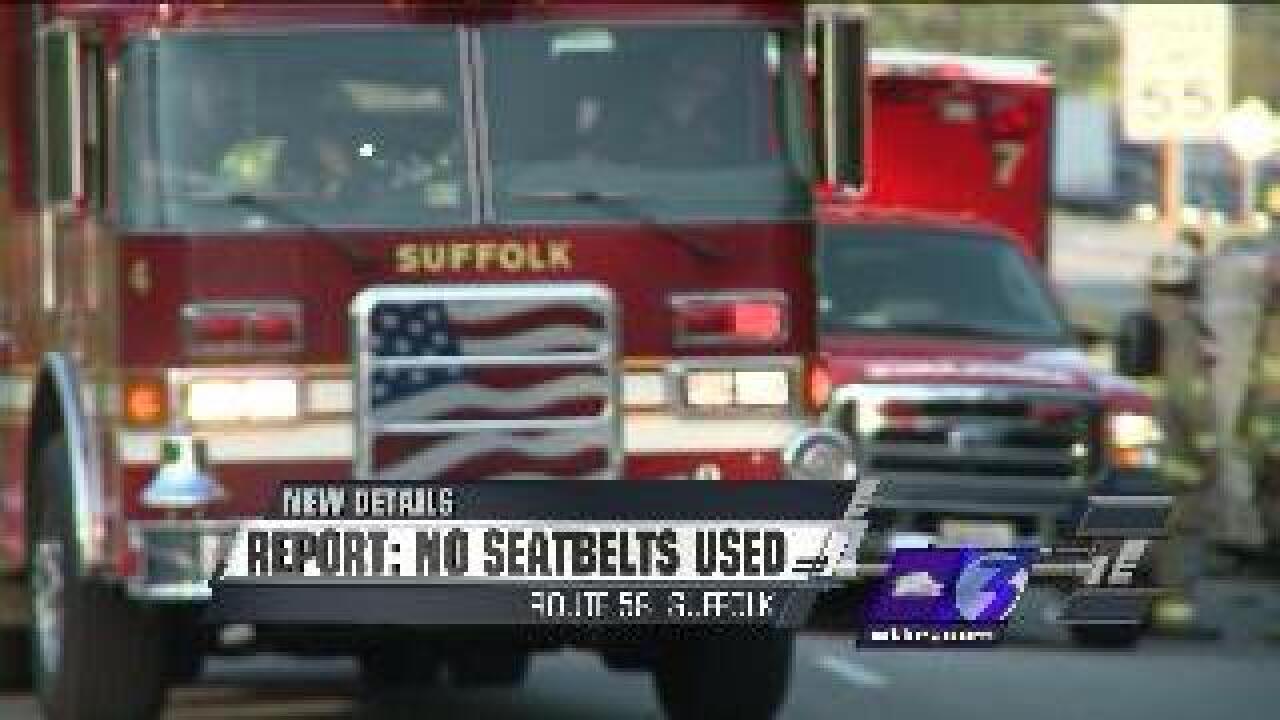 Not a single person inside the SUV was wearing a seat belt when it flipped, killing a Virginia Beach teen on Tuesday reports say.

According to a crash report released today, the dad, Jay Normile, fell asleep behind the wheel yesterday morning.

The family's SUV drifted off Suffolk’s Route 58 yesterday morning, hit a culvert, went airborne and landed on its side.

His mom and toddler sister were ejected from the passenger side.

Two other children were pinned inside the SUV.

The loss of a classmate has hit students hard at Kellam High School.

Last night, they gathered for a candlelight vigil to remember James and to grieve together.

This is the second tragedy this family has faced in less than a year.

He drowned in their backyard pool.

Tonight, the hospital is not releasing any information on how the rest of the family is recovering after the crash.