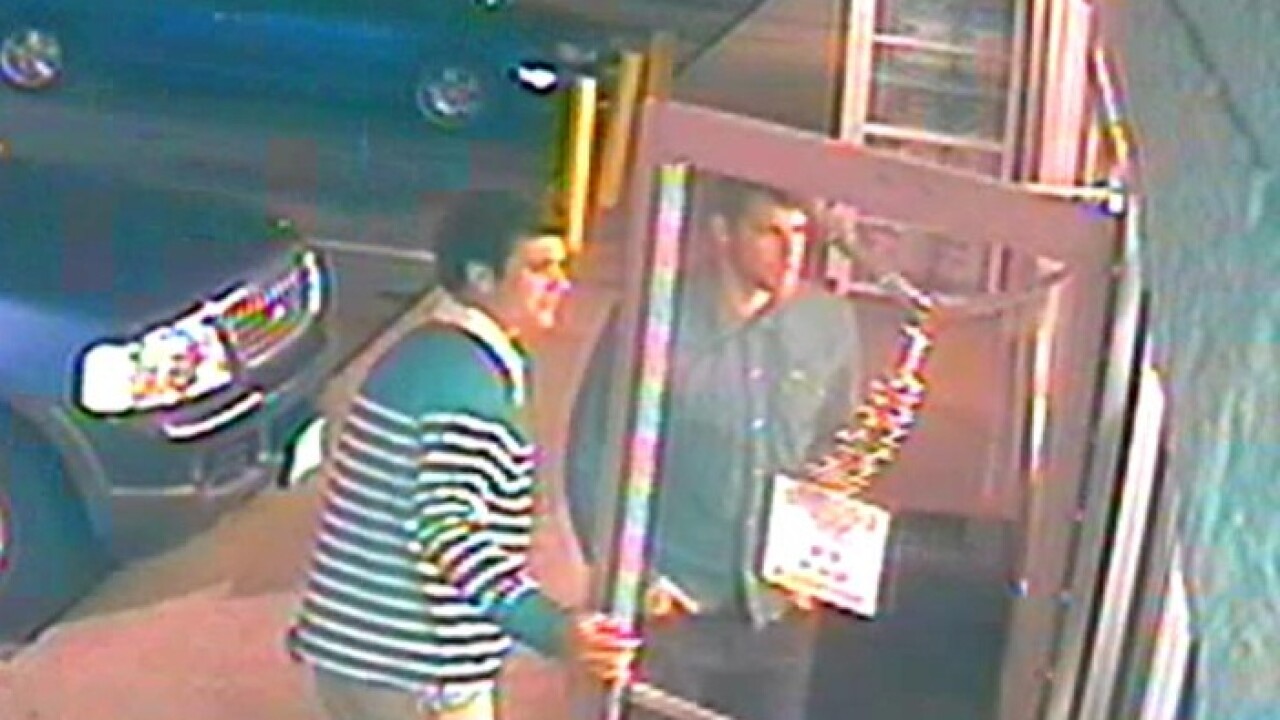 According to police, on April 6 at around 2:30 a.m., they received a call about a man who was unconscious at the Jr. Market on 902 Mediterranean Avenue.

When they arrived, they found the victim in front of the store on the sidewalk.

Police say several witnesses saw the victim get punched by an unknown suspect after an altercation inside the store.

Investigators say the man tried to break up a fight between the suspect and a friend. The suspect waited outside and assaulted the victim’s friend as he exited the store. The suspect then turned around to the victim and hit him in the face.

The victim was knocked unconscious and fell to the ground, hitting his head on the pavement. The victim was transported to a local hospital and has recently gained consciousness.  The victim remains in the hospital with life-threatening injuries.

khaki pants.  The two subjects with the suspect one wearing a long sleeve dark colored shirt and dark pants and the other is wearing a short sleeve light blue shirt.  The subjects left in a blue four door SUV vehicle.

If you know anything that could help police, please call the Crime Line at 1-888-LOCK-U-UP.