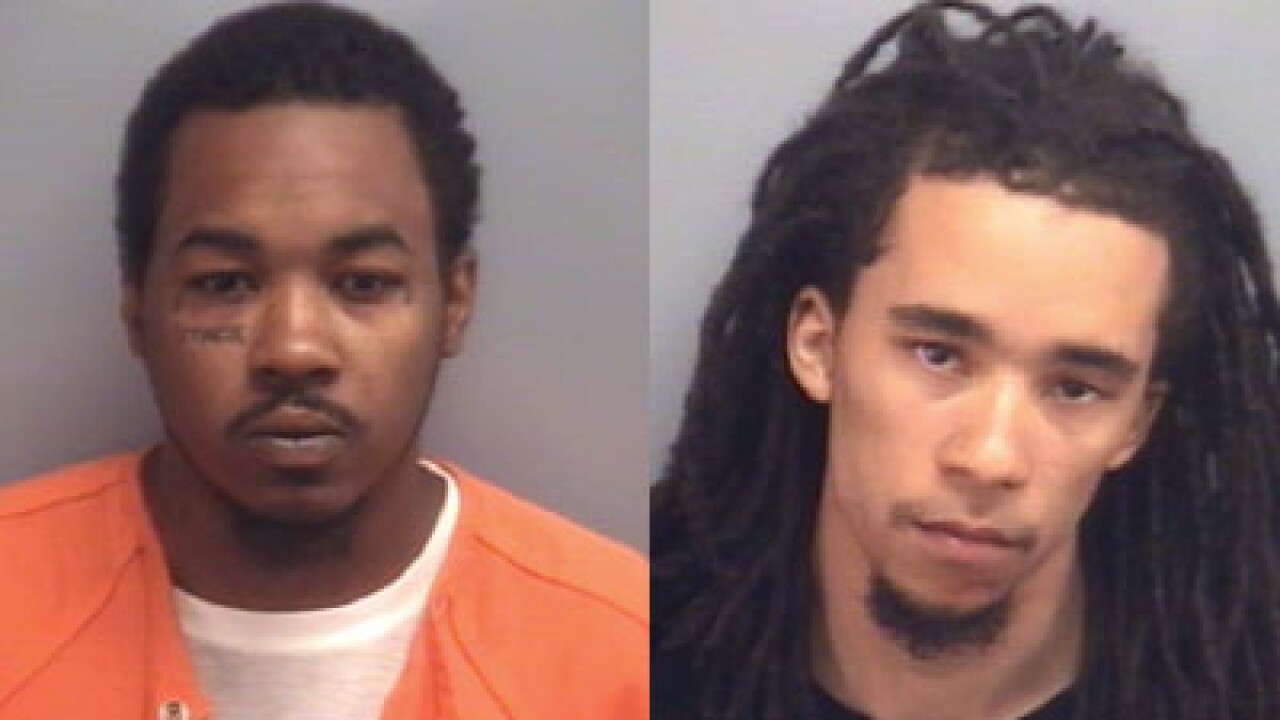 On Tuesday morning, Beach police arrested four people in connection to a robbery that occurred at the Sundial Motel at 308 21st Street.

The desk clerk at the motel called police and told them he had been robbed. He told dispatchers that the suspects ran from the motel toward 20th street. The clerk told police that two suspects entered the business wearing masks armed with a weapon and demanded money.

Witness say they heard gunshots and saw two suspects running towards 20th Street and Arctic Avenue. No one was injured as a result of the gunshot.

An officer saw a vehicle in the area occupied by two black males and followed it onto I-264. Police initiated a traffic stop and the two front-seat passengers were taken into custody.

Police say there were two other suspects who were hiding in the backseat. They say the suspects jumped into the front seat and sped away.

Police were able to stop the vehicle by deploying spikes. The suspects crashed into a sign at General Booth Boulevard and Rudee Inlet.

Police then chased the suspects on foot. They say one of the suspects jumped into the water and tried to swim away.

A police helicopter was able to track the suspect who was taken into custody shortly afterward.

A fourth suspect was caught by K9 and suffered minor injuries from the dog bite.

The suspects are currently being held without bond at the Virginia Beach Correctional Center.