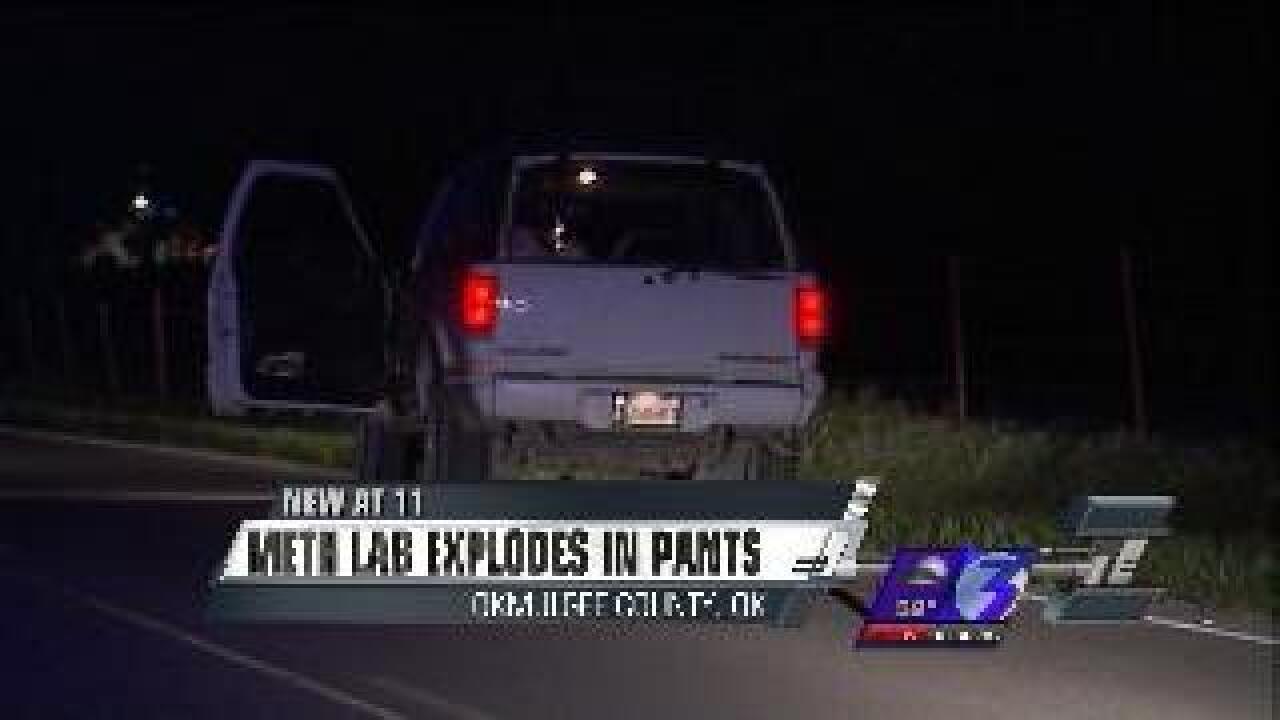 Police say a meth lab exploded in a man's pants this morning in Oklahoma.

The man was the passenger in a car that was pulled over. A trooper started asking him about a chemical smell and the man bolted. The trooper chased him down and “After a brief struggle it was determined there was an active meth lab in his pants that burst during the struggle and got all over his body," says Trooper Shiloh Hall of the Oklahoma Highway Patrol.

The portable meth process is incredibly dangerous because it involves putting the chemical ingredients in a single container then flipping it upside down to mix it.