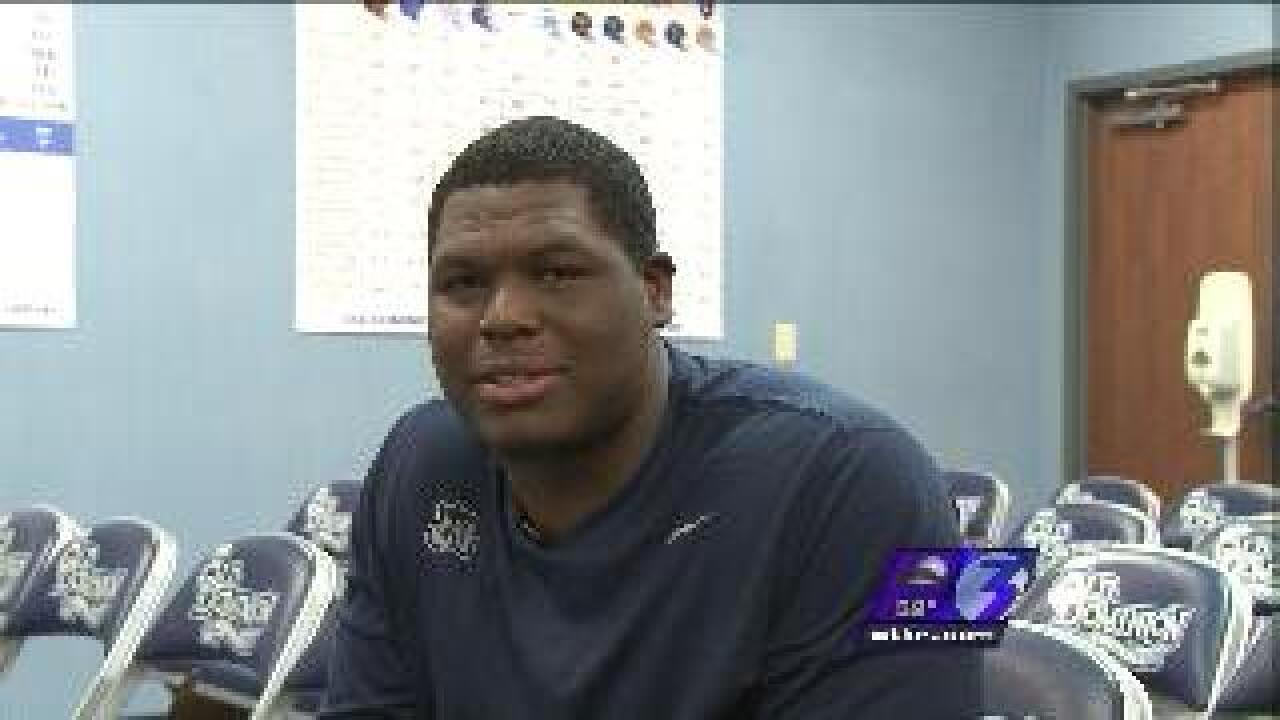 There is a local college football player that is hoping to become the first in school history to ever have his name called by an NFL team.

Ronnie Cameron, the defensive leader of the Old Dominion Monarchs for the past two seasons, has a chance to change all that.

After transferring from Hofstra, he piled up 145 tackles and 12 sacks in his time at ODU while being named CAA defensive player of the year as well as 1st Team All-American.

He took part in the pro-day held at Old Dominion held back in March as NFL scouts evaluated his talent.

He scheduled his first visit with the Jaguars who were one of 11 teams he listed as showing interest in him as he played in the Casino Del Sol All-Star Game.