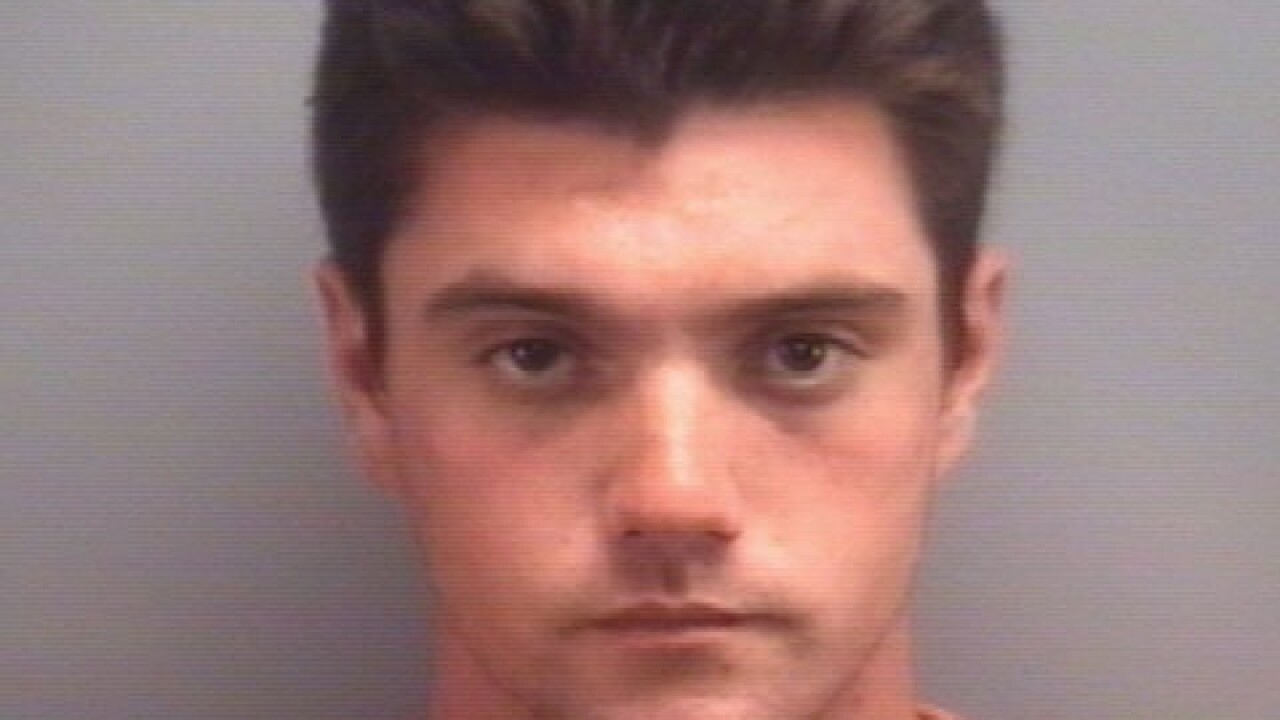 Virginia Beach police have arrested and charged the man wanted for assaulting another man at a Jr. Market store near the Oceanfront.

Police have also identified two others who were with the suspect during the assault, but they have not been charged.

Police arrested 24-year-old Jason Robert Dill of the 1900 block of Piney Woods Lane in Virginia Beach. He has been charged with Unlawful Wounding.

Dill was arrested today, May 2, 2012 and remains in the Virginia Beach Correctional Center without bond.

The incident happened last month. On April 6, 2012, at approximately 2:30 a.m., Virginia Beach police responded to a call for an unconscious male at the Jr. Market located at 902 Mediterranean Avenue.

When police arrived they found the victim in front of the business on the sidewalk. Several witnesses saw the victim get punched by a man later identified as Jason Dill, after an altercation inside the store.

Police say the victim attempted to break up a fight between Dill and a friend of the victim’s. The suspect waited outside and assaulted the victim’s friend as he left the store. Jason Dill then turned around to the victim and struck him in his face.

According to police, the victim was knocked unconscious and fell to the ground, hitting his head on the pavement. The victim was then transported to a local hospital and has recently gained consciousness. The victim remains in the hospital with life-threatening injuries.